‘Boys in the Band’ Writer on Surprise Tony Nom at 83, Starry Broadway Revival and His Plus-One for the Awards

A change in the Tony Awards rules has led to a surprise nomination (for best revival of a play) for Mart Crowley, the 83-year-old writer of The Boys in the Band. The 1968 off-Broadway game-changer — about a group of openly gay men who gather for a friend’s birthday — earned a 50th anniversary staging on Broadway co-produced by Ryan Murphy and David Stone (who are developing a film) and featuring an all-star roster of gay actors including Jim Parsons, Zachary Quinto, Matt Bomer and Andrew Rannells. (Robin de Jesús is the cast’s sole nominee.) Crowley spoke with THR about Boys‘ half-century journey from taboo to toast of the Tonys and his surprising plus-one for the show.

It’s pleasure to speak with you, Mart.

Well, that’s very kind of you to say. Have you seen this piece in The New York Times today? Their Tonys picks and misses?

No. What did they predict?

I don’t get it. Ben Brantley has never not attended The Boys in the Band. He was at the ’96 revival, the 2010 revival. He sort of changed the course of things in ’96 when he said, “It’s OK to like Boys in the Band again.” But that was as good as it got. He doesn’t really like the play, I guess. [Brantley’s pick for best play revival was The Waverly Gallery.]

What matters is the work. Are you happy with it?

I was thrilled with the revival! My God, it was a dazzling production. A simply gorgeous set by David Zinn — all red on red on red and mirrored walls so you could see the audience. I told him it reminded me of Diana Vreeland’s description of her apartment: a garden in hell.

When you wrote the play, did you ever envision that it might end up on Broadway with a cast of famous, out-of-the-closet gay actors?

No. I mean, never did it occur to me. I didn’t even ever think about differentiating [between straight or gay actors]. I just wanted to get actors! We had to really beat the bushes to get anybody to come forward to be in the show.

What kind of feedback were you getting when you were writing the play?

I remember being in a bar — not a gay bar but just a cocktail bar — with a gay executive from one of the TV networks. I said, “I’m thinking about this play.” “Oh, that’s great. So what’s it about?” So I told him and he said, “You’re never going to get that made. Are you kidding? God almighty, don’t start doing that!”

What was the initial reaction to it in 1968?

It was about half-full on the first performance. On the second, you couldn’t get in the door to the workshop space because there were so many people. On top of that, the phone was ringing off the hook from every celebrity in town, from Leonard Bernstein to that whole West Side Story group. Stephen Sondheim and Jerome Robbins, they all came that week. 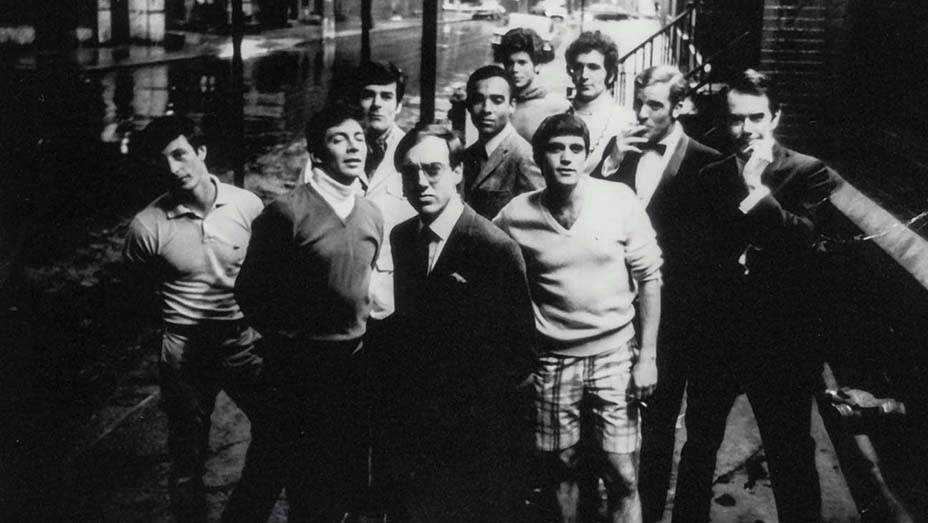 The movie came out in 1970, amid the post-Stonewall gay rights revolution. You’d think it would be celebrated, but the opposite happened.

Well, it started to be criticized for not having the image that the politically correct gays wanted to put out there — namely that there were self-hating homosexuals that were psycho-sexually tortured by this societal position that we all occupied at the time, you know?

Who are you bringing to the Tonys?

My goddaughter, the daughter of Natalie Wood and Richard Gregson. We’re mad for each other, and she has trouble talking to nobody.

You and Natalie Wood were very close. Do you have any thoughts about her death?

I really honestly don’t know anymore. There have been so many conflicting stories about that night. Thank God I wasn’t there. I was invited and turned it down, and I am so glad.

To be on that boat where she died?

Yeah. It was Thanksgiving weekend, in ’81. And it was pouring rain the entire day, and we were having Thanksgiving dinner at the Wagners’ house with a lot of people. Natalie invited several people to go on the boat, but they didn’t show or turned her down or said, “It’s raining, what the hell are you thinking about, going out on this boat in this weather?” “Oh, it’ll clear up, you know?” Natalie said. “It’s going to be a great weekend.” Yeah, sure.

This story first appeared in the May 22 issue of The Hollywood Reporter magazine. To receive the magazine, click here to subscribe.