Bruce Springsteen, Barack Obama to Release Book Based on Podcast

Former President Barack Obama and Bruce Springsteen are bringing their podcast to the book world.

After already having launched their podcast for Spotify, Penguin Random House announced Thursday that it will publish a book of the same name, Renegades: Born in the USA, in partnership with former President Barack Obama and former First Lady Michelle Obama’s production company Higher Ground.

Renegades: Born in the USA will chronicle the candid conversations Obama and Springsteen began in their Spotify co-produced podcast. In the eight-episode series, the friends sat down and discussed everything from race to fatherhood to modern manhood and the state of America today.

Throughout the book’s 320 pages, Renegades will feature more than 350 full-color exclusive photographs and illustrations from both Obama and Springsteen’s personal collections and showcase never-before-seen archival material, including the former president’s annotated speeches and the musician’s handwritten lyrics.

“In Renegades: Born in the USA, readers are invited to sit alongside these two longtime friends, in a recording studio stocked with dozens of guitars and during at least one Corvette ride, as they discuss marriage and fatherhood, race and masculinity, the lure of the open road and the call back to home, some of the most inspiring American heroes of all time, and music…. They talk a lot about music,” Penguin Random House described in the book’s announcement.

In the upcoming collection, Obama and Springsteen will also “reveal their passion for — and the occasional toll of — telling a bigger, truer story about America throughout their careers and explore how our fractured country might begin to find its way back toward unity.” 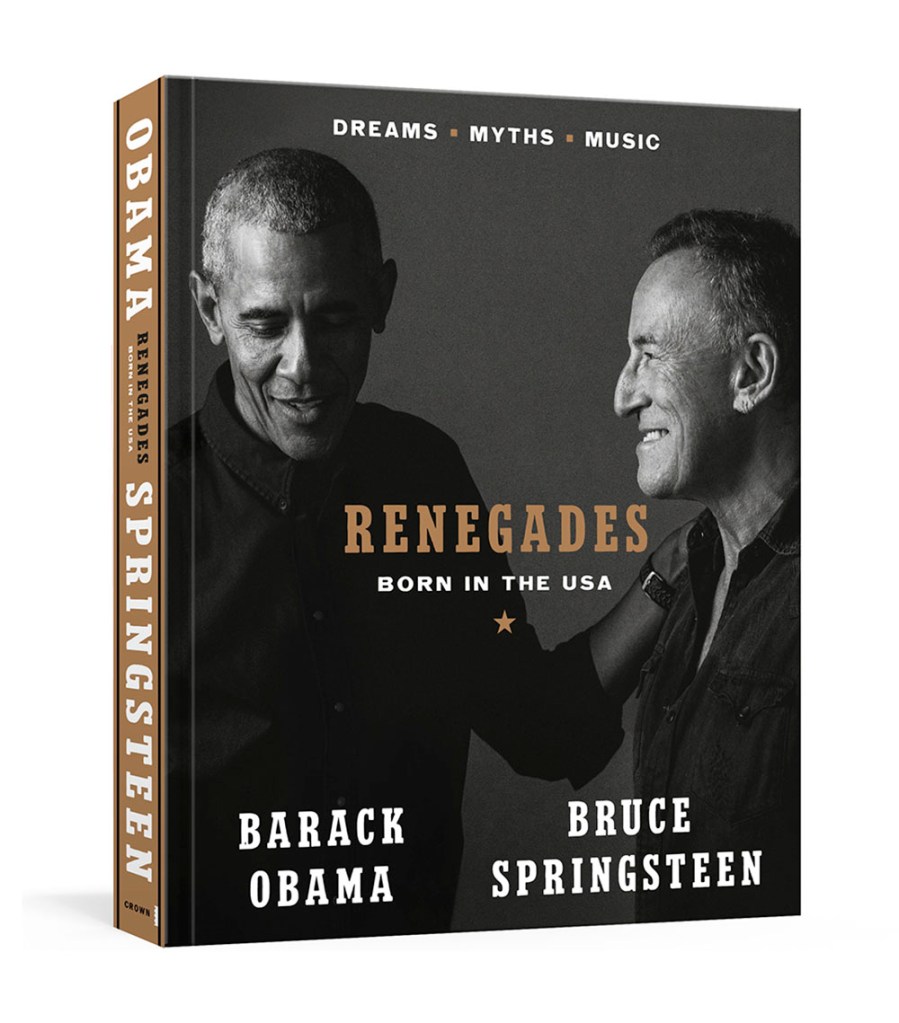 Springsteen writes in the introduction: “There were serious conversations about the fate of the country, the fortune of its citizens, and the destructive, ugly, corrupt forces at play that would like to take it all down…. This is a time for serious consideration of who we want to be and what kind of country we will leave our children. Will we let slip through our hands the best of us or will we turn united to face the fire? Within this book you won’t find the answers to those questions, but you will find a couple of seekers doing their best to get us to ask better questions.”

Obama also writes, “The conversations Bruce and I had in 2020 feel as urgent today as they did back then. They represent our ongoing effort to figure out how it is that we got here, and how we can tell a more unifying story that starts to close the gap between America’s ideals and its reality.”

Renegades: Born in the USA will be published globally Oct. 26.

Watch the book’s trailer below.