From Christian Roth to Velvet Canyon: The Latest Star-Beloved Sunglasses

Just in time for the summer solstice, eyewear designers have set their sights on the past to bring back frames that have made a distinctive impression. From Christian Roth’s 1992 Series-4001 release that helped to define the ’90s aesthetic of Kate Moss to Chloë Sevigny’s Tate sunglasses that sold out soon after their 2018 reveal, these four recent launches are ready for sunny destinations. 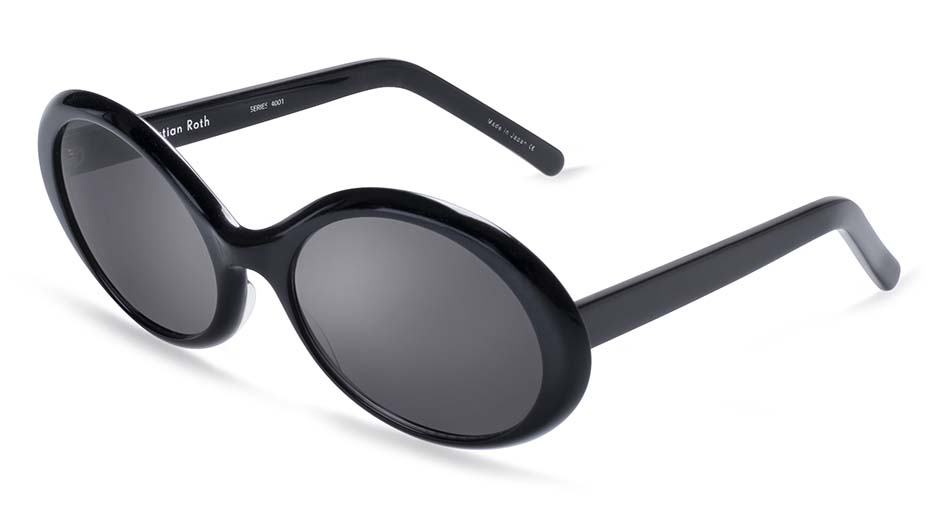 Nearly three decades after the Series-4001 sunglasses by Christian Roth debuted on a 17-year-old and virtually unknown Moss (for fashion photographer Stephanie Pfriender Stylander’s tome The Untamed Eye), they have made a long-awaited comeback.

The revival of the legendary frame, which was almost impossible to source after being voraciously consumed in the ’90s, can be attributed to a chance review of the label’s archive’s where one prototype magically turned up. From there, the archetype was studied for its 2019 return.

“The ideas and emotions [that Stephanie’s photographs] capture — young love, rebellion, curiosity — are timeless,” said Roth, whose designs have been worn by Diane Kruger and Lenny Kravitz. “After speaking about her work and its significance to our label’s heritage, it was clear that the time had arrived to share a piece of our history with a new generation.”

REPOSTING FROM @cfda___In 1992, the then 17-year old budding supermodel Kate Moss wore these @christianrotheyewear sunglasses in a Harper’s Bazaar Uomo story photographed by Stephanie Pfriender Stylander. Inspired by the images, Roth decided to reissue the iconic frames now. “Stephanie’s photographs are nearly three decades old, but the ideas and emotions they capture — young love, rebellion, curiosity — are timeless,” Roth, who was the first eyewear designer to join the CFDA back in 1990 and is a member of the Eyewear Designers of the CFDA (edCFDA) , explained. “After speaking about her work and its significance to our label’s heritage, it was clear that the time had arrived to share a piece of our history with a new generation.” Link in bio for more #katemoss #edCFDA

However, the biggest star for the Los Angeles and Australia-based brand as of late is their newly designed ’60s-inspired cat eye frames that come in three hues (peach, black and tan tortoise) and feature custom tinted lenses with Italian acetate frames.

La Femme ($270) is also featured in a short film directed by Ali Mitton that bears the same name, a passion project for the sisters that follows a woman who plans to run away with her beau. Naturally, for a moment, the lead (played by French model Maelys Garouis) wears nothing but the peach-hued Velvet Canyon sunnies. 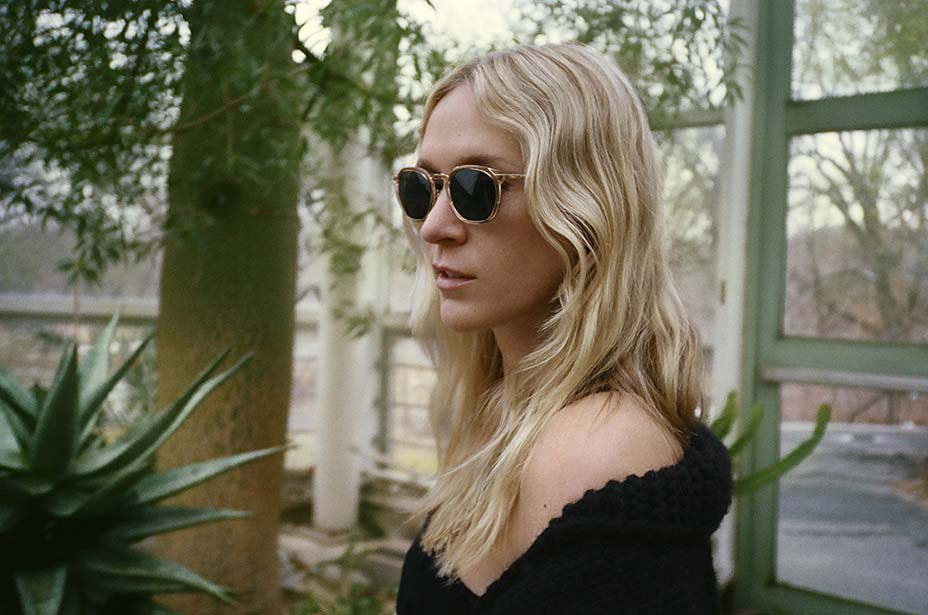 After teaming with Warby Parker in 2018 to release her now sold-out Tate sunglasses Sevigny has updated her design vision with a new Crystal Overlay collection, including a relaunch of the popular Tate.

“Warby Parker is an innovative company with amazing glasses, as well as a social conscience, and I’m excited to team up with them once again on the Tate frame,” she said in a statement. “The construction really highlights the metal workmanship, and I am proud to relaunch this sold-out design.”

Starting at $145, the collection includes five styles with either an opaque or transparent lens, framed with acetate in pale pink, pale blue, natural or two shades of tortoise and paired with a muted metal. Making use of skills from her day job, The Dead Don’t Die actress also helped to conceive the campaign, tapping her friends to pose at the Brooklyn Botanical Garden as she directed. 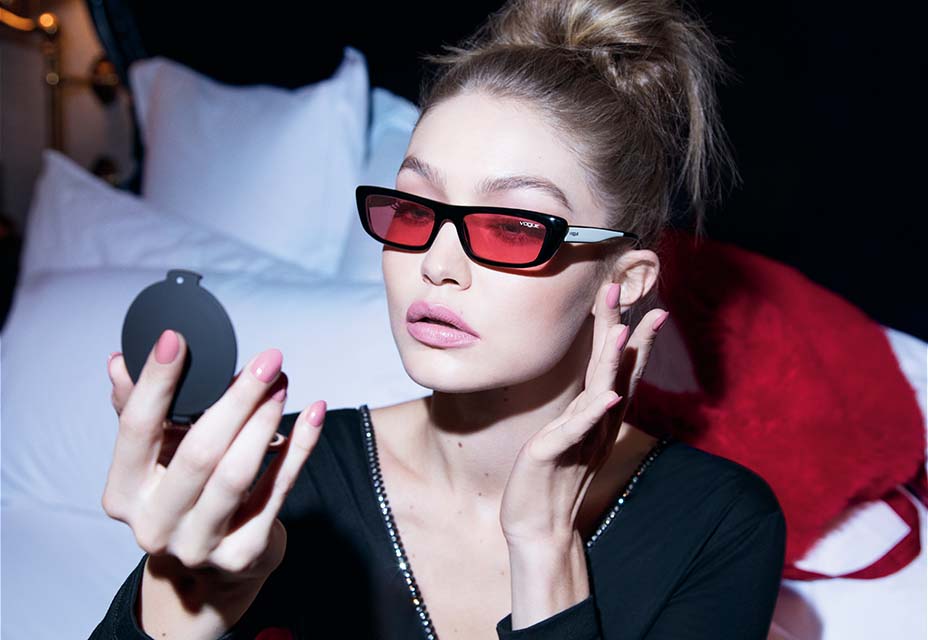 For the third installment of the Gigi Hadid x Vogue Eyewear Special Collection, which previously caught Madonna’s attention, the 24-year-old supermodel-entrepreneur co-designed 10 new styles that put a direct lens on the cool girl aesthetic of New York. For $139, the offerings include frames that range from the classic cat eye to a more artistic shield style as well as features such as low or colored lenses and crystal embellishments. To bring the campaign to life, Hadid was shot by legendary fashion photographers Inez & Vinoodh, who have trained their lens on stars including Kristen Stewart, Lady Gaga and Margaret Qualley.