Chloe x Halle’s custom Grammy Awards looks by Louis Vuitton creative director Nicolas Ghesquière have been designed to look similar in their styling, but details in the beaded dresses they’re wearing at Sunday night’s event also reflect subtle differences in their personalities, says Zerina Akers, the star stylist who has worked with the Bailey sisters for four years. 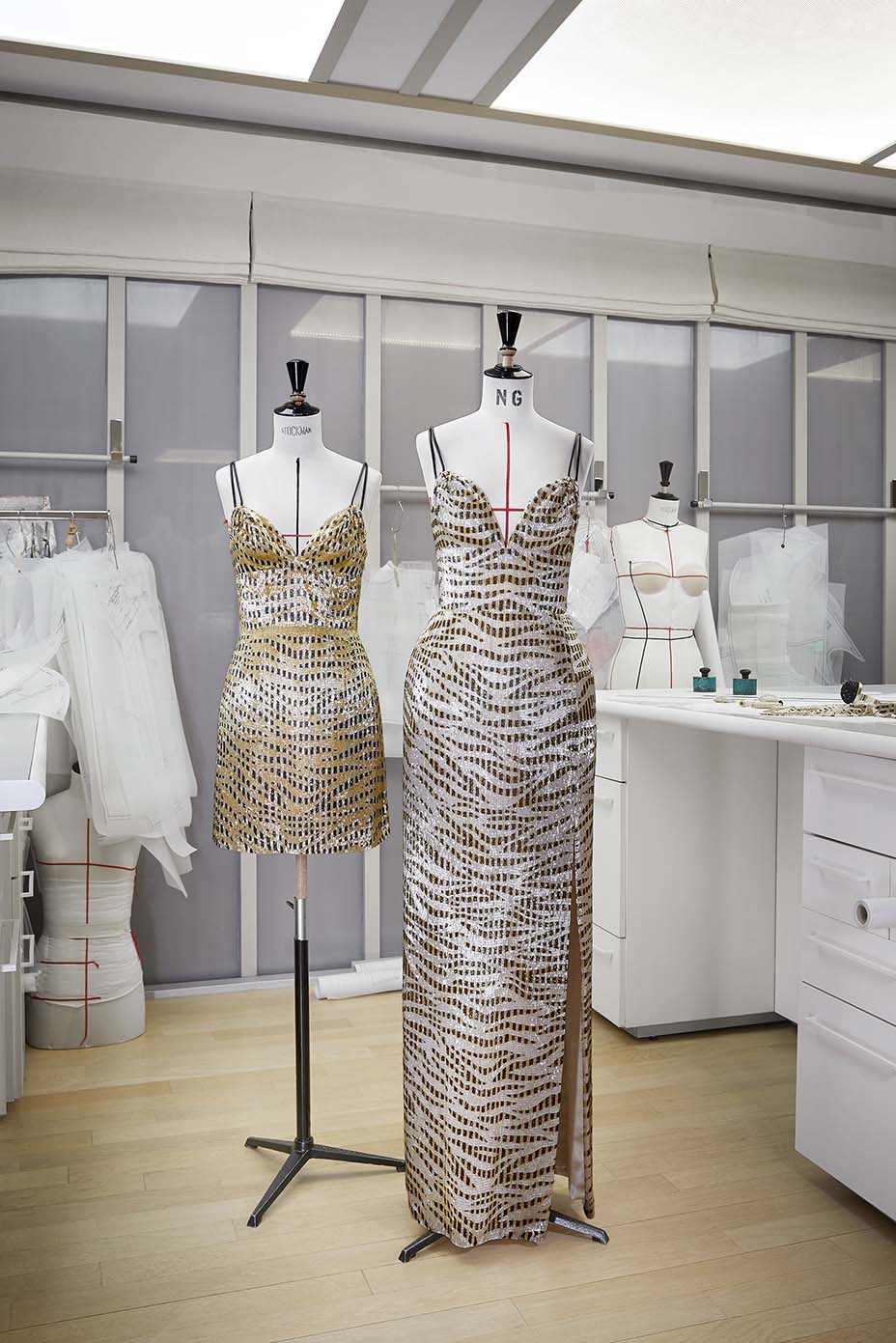 Despite each woman currently living in separate cities – Halle is currently in London, while Akers is with Chloe in Los Angeles – the planning of their custom looks presented only minor challenges, she says: “I was setting my alarm to do 4 a.m. FaceTime meetings with Halle, and I wish I could be there to help her with a headpiece she’s wearing. We’ve been super communicative, and I always want to make sure they both know I’m there for them, but I feel good that Halle and her mom, who’s with her, have it handled.”

The Grammy-nominated sisters – for best progressive R&B album, Ungodly Hour, and best traditional R&B performance, for “Wonder What She Thinks of Me” – will wear a pair of Louis Vuitton dresses embellished with a zebra-pattern motif achieved via hand-beading. 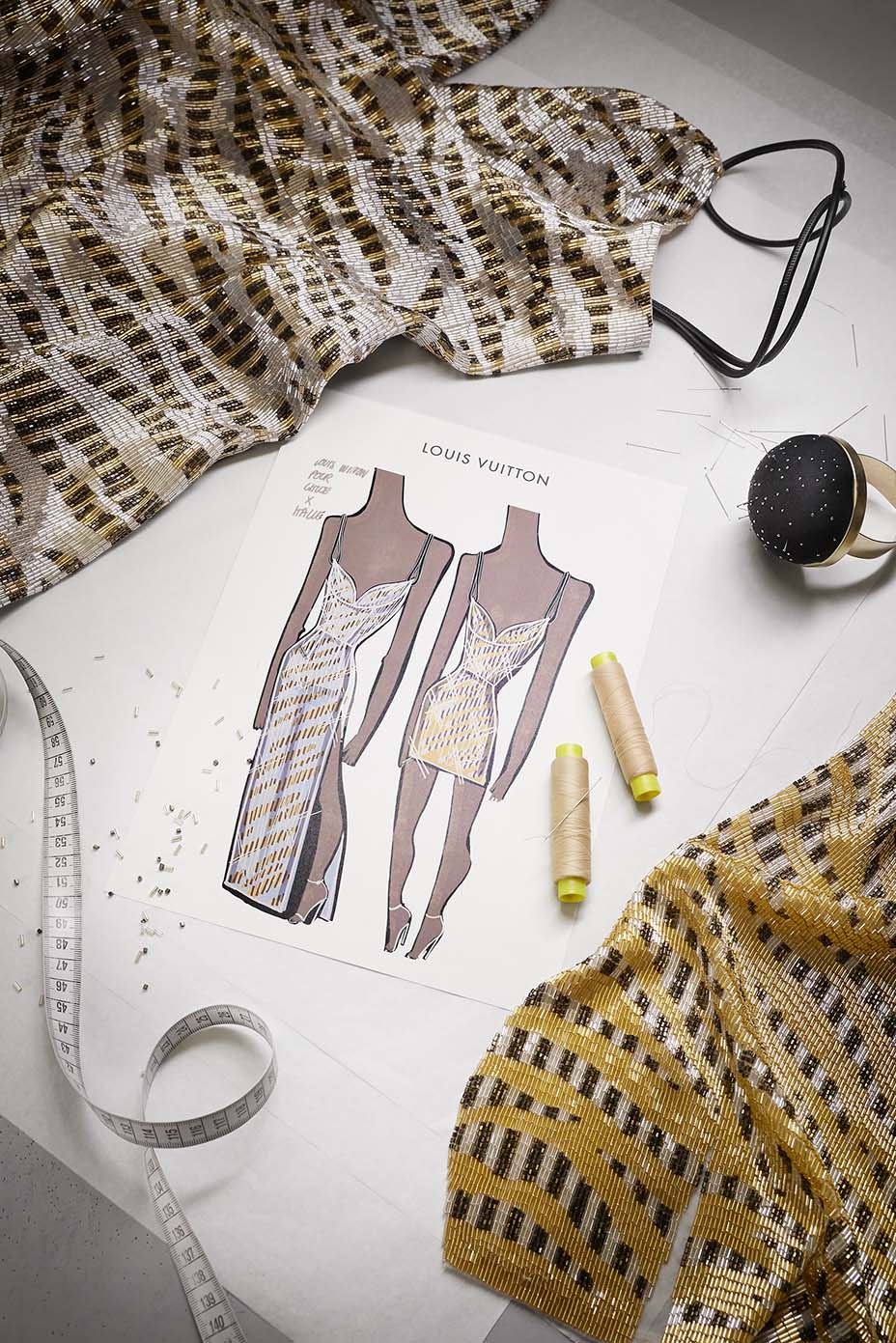 Chloe’s floor-length gown features a silver undertone, more than 40,000 glass beads and an asymmetrically placed front slit, while Halle’s mini-dress, paired with a matching head wrap, is crafted with a gold undertone and more than 20,000 glass beads.

The dresses required more than 270 hours to complete in Louis Vuitton’s Place Vendôme atelier. Both looks will be completed with jewelry by Tiffany & Co., which was acquired by LVMH, Louis Vuitton’s parent company, in January. Chloe x Halle first attended a Louis Vuitton show in 2016, and since then have become friends of the house, which elevated to appearing in the label’s Spring/Summer 2021 campaign, photographed by Ghesquière. 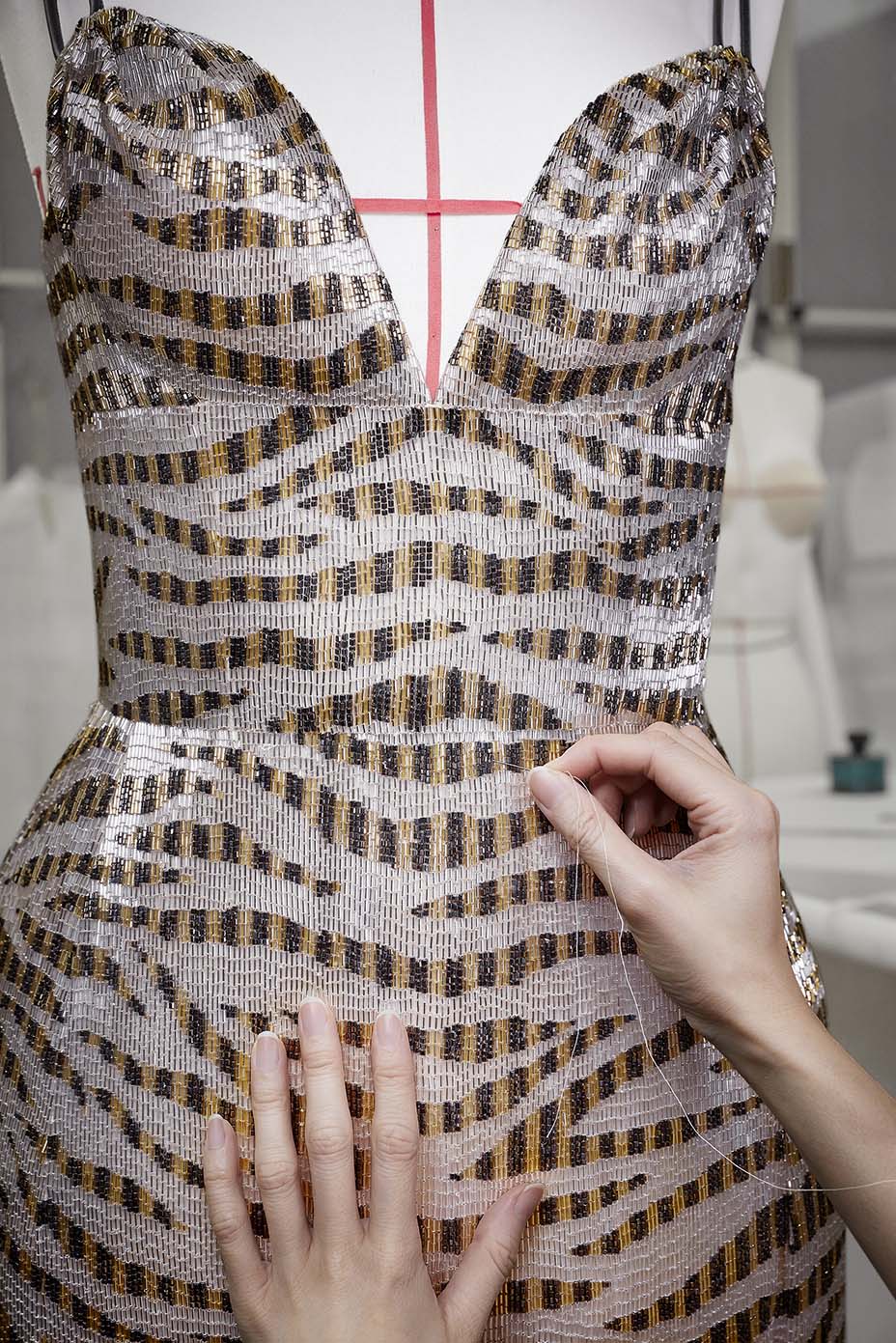 “They’ve developed a really great relationship, so we thought it was a good fit for the Grammys,” Akers notes. “Nicolas created pieces that feel really elegant and mature, but they’re also a bit sexy: Chloe is 22 and Halle is about to turn 21, and they want the freedom and fluidity to explore being a little sexier in their look. Whether it’s something they’re wearing to an event or their performance costumes, they’re showing a little bit more skin, playing a little more with color, having more fun and being a bit more experimental. It’s a good exercise for me as a stylist and for them as artists.”

Ultimately Akers notes that the sisters are exactly as sweet as they convey in performances and interviews, and that only adds to the responsibility she feels in creating great style moments for them. “They are sugar on top of rainbows on top of sunshine and are just the kindest young women,” Akers says. “But no matter who you’re working with, styling is a collaborative effort – it’s never just what I’m telling you to wear. It’s a lot of pressure to walk out in front of these crowds, so no matter what we do, I want Chloe and Halle, as young women, to only feel strong and confident. Everything we work on together, I feel good when I know they feel their best.” 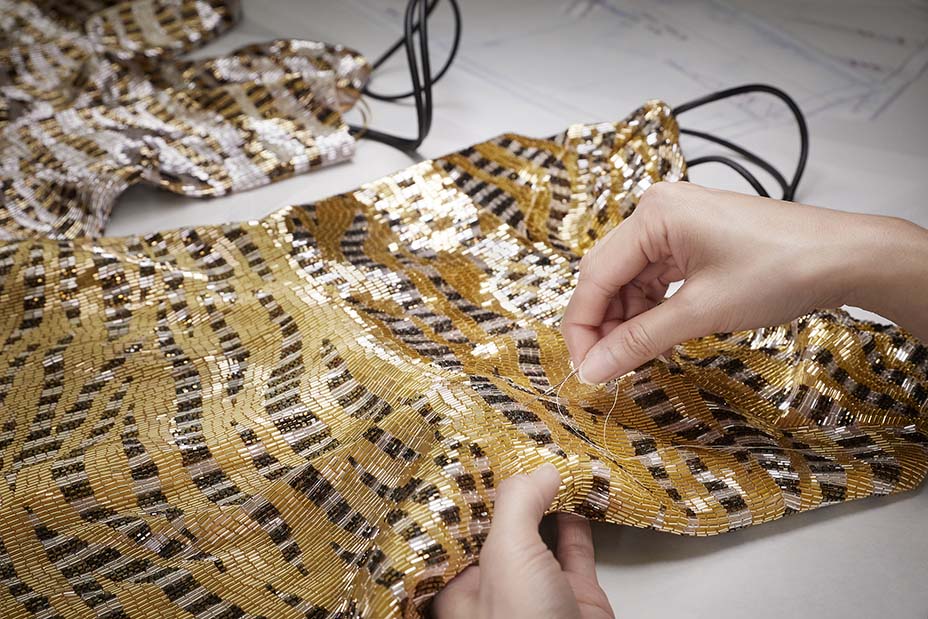