She’s back! After a dozen years hopping around among New York City, the Hamptons and Lisbon, Portugal, Madonna has decided to set down some multimillion-dollar roots in Los Angeles.

Though she’s recently been on the East Coast, where she celebrated Easter in the Hamptons, the shape-shifting pop star returned to the City of Angels last year amid the COVID-19 lockdowns, and while in town has been holed up in a lavish rented estate in the Coldwater Canyon area of Beverly Hills. Her decision to stay a while just might have something to do with the biopic about her life that she’s slated to direct and that she has co-written with Diablo Cody.

The mononymous “Like a Virgin” singer, now 62, social media savvy and still pushing sociocultural buttons, turning out fashion trends and making hit records — her 14th studio album, Madame X, released in 2019, was her ninth to debut at the top of the Billboard 200, looked far and wide for a suitable mansion to call home. In the end, she eschewed her former real estate stomping grounds of Beverly Hills and the Hollywood Hills, where she’s owned homes in decades past, and instead headed for the suburbs, dropping $19.3 million on The Weeknd’s mansion in guard-gated and star-filled Hidden Hills.

The Weeknd purchased the then brand-new mansion almost four years ago for $18.2 million, and initially put it on the market amid piles of publicity with a much-too-optimistic ask of not quite $25 million. The price eventually dipped to almost $22 million before Madge came along and bargained another $2.7 million off the price. 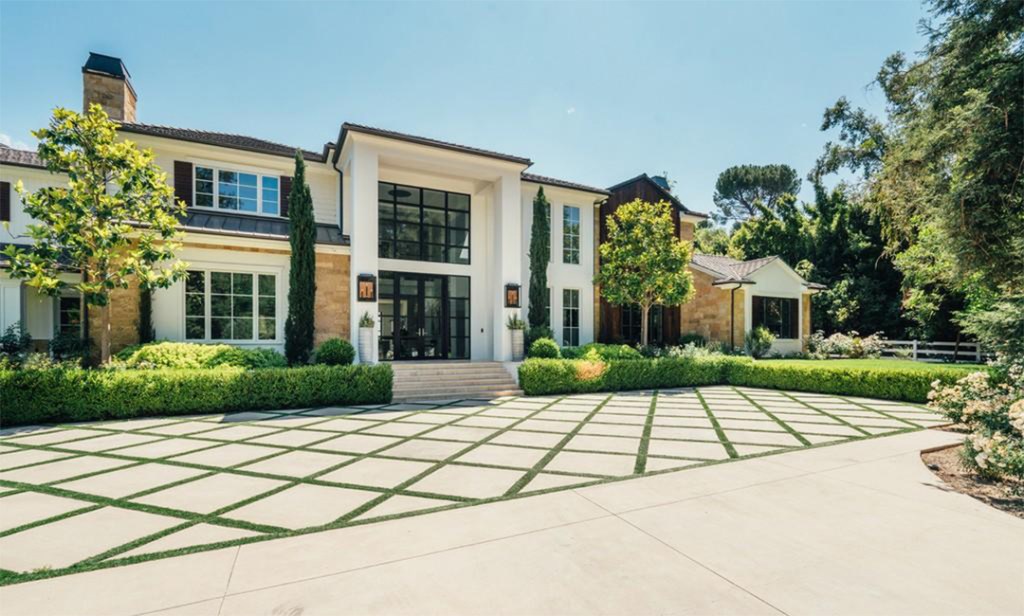 With nine bedrooms and nine full and two half bathrooms spread over about 12,500 square feet between the seven-bedroom main house and two-bedroom guest house, there’s plenty of room for the gap-toothed OG Material Girl, who rolls deep with four of her six children along with a retinue of assistants, nannies and security personnel.