The 8-year-old Minari breakout star dressed up in a classic grey super 120 wool suit, white oxford and grey tie to celebrate and virtually attend the BAFTA Awards at which he is nominated for best supporting actor in Lee Isaac Chung-directed film. The showing represents a collaboration between Browne, Kim and the actor’s stylist Jeanne Yang. The image below featuring Kim in his BAFTAs look is reminiscent of the campaign that helped launch the line as it featured a cast of young, bespectacled models in classic Thom Browne suiting. 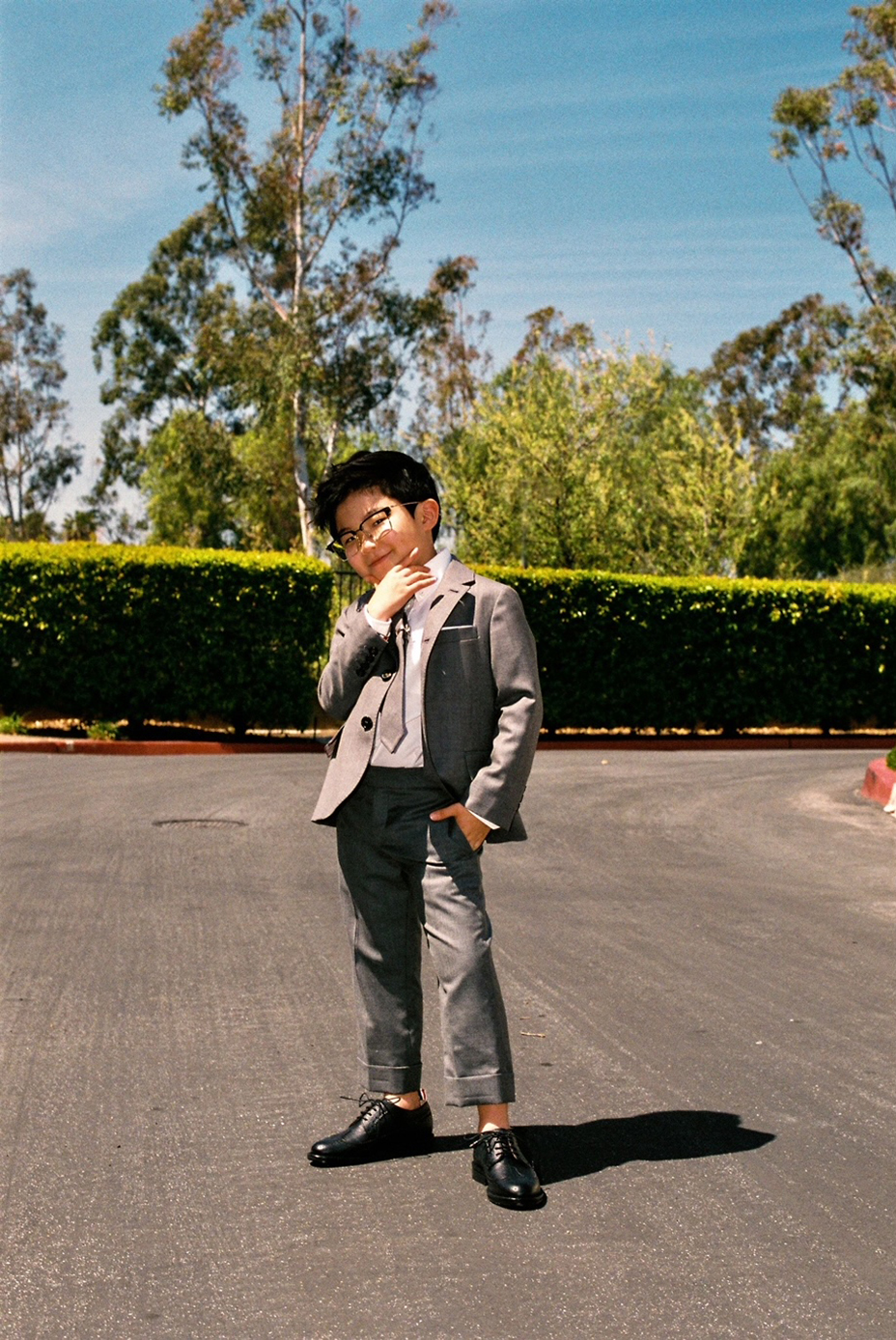 “Alan Kim is so talented and excited about the future. He has had an amazing year,” Browne tells The Hollywood Reporter. “The future is his.” As for why he ventured into youth fashion and launched the line, Browne said that he was inspired by the natural confidence he sees among young people. “It can get lost as we get older. We should be looking to them always.”

Kim has had a lot of eyes on him as of late while he’s been making the rounds in support of his role in Minari, which tells the story of a Korean family as they move from California to Arkansas to start a farm in the 1980s. It’s currently up for six Academy Awards including best picture. At tonight’s BAFTAs, it racked up another six nominations including one for Kim that followed a slew of other nominations as well as appearances opposite Ellen DeGeneres, Jimmy Kimmel and Jimmy Fallon on the talk show circuit. Fans have also been swooning over adorable photos featuring him posing alongside the family dog, Cream.

During a Zoom call with THR, Kim and Cream were both decked out in matching Thom Browne cardigans. “Cream has like the same cardigan as me, except it’s a puppy cardigan,” Kim says with a smile as his mother brings the dog into view. He adds that, like most kids his age, he’s most comfortable in shorts, sweatpants and sweatshirts. Lucky for him, among Browne’s designs are a classic 4-bar sweatsuit that he recently wore for a travel day following a virtual fitting with Yang.

Yang tells THR that after Kim won a Critics Choice Award for best young actor/actress — his acceptance speech went viral because of the emotional and genuine moment — the team at Thom Browne sent images of the collection. “I reached out to Alan’s team as I could not have imagined a better match,” she said. “As a stylist, you strive to pair your client with the perfect designer and I really hope others feel the same.”

Kim said he’s just been feeling generally excited about everything as of late. He loves attending the virtual award shows even if he would have loved to travel to London for tonight’s show because the city reminds him of the Harry Potter franchise, a personal favorite. “I like to read Harry Potter,” he said. “I took a test of who was who and I got 100 percent. There was also a quiz of what house are you in and I got Hufflepuff. My sister got Gryffindor.”

He’s also team Steven Yeun. Asked to name a favorite actor for their personal style, he doesn’t hesitate. “He looks pretty great,” Kim says, adding that he can’t name one specific thing, he just looks good in everything. As for his own favorite fashion look so far, Kim again needs no time to ponder an answer. “My purple belt in Taekwondo.”