Jessica Chastain, Kristen Stewart, Ariana DeBose, Will Smith, Bradley Cooper and Benedict Cumberbatch — along with co-hosts Amy Schumer, Regina Hall and Wanda Sykes, and co-producer Will Packer — were among the stars to arrive at the Oscars, the 94th annual awards show honoring the year’s best films.

The Oscars, which for the first time will have three hosts this year, will be broadcast live from the Dolby Theatre in Hollywood at 8 p.m. ET/5 p.m. PT on ABC, with the preshow kicking off at 6:30 p.m. ET/3:30 p.m.

Packer, who is producing the show with Shayla Cowan, spoke to The Hollywood Reporter about what to expect from the trio (“Schumer is fearless, Wanda is truthful and in your face, and Regina is a total wild card. They will not be boring”) and from the reformatted show, which bumped eight categories off the live telecast and will feature a Twitter-voted category in a bid to improve ratings: “It’s a true celebration [of the nominees] in every sense of the word.”

See the stars on the red carpet, below.

Bradley Cooper, with his mom, Gloria Campano, is wearing a tuxedo by Gucci and Christian Louboutin shoes.

Keith Urban is wearing a tuxedo by Emporio Armani, while Nicole Kidman is wearing a gown by Giorgio Armani Privé with Harry Winston jewels and an Omega Mini Tresor watch.

Benedict Cumberbatch is wearing a tuxedo by Giorgio Armani Made to Measure, while Sophie Hunter is wearing Dior Haute Couture.

Will Smith in Dolce & Gabbana with Jada Pinkett Smith in Jean Paul Gaultier.

Ariana DeBose in custom Valentino with jewelry by De Beers and an Omega Constellation watch.

Jake Gyllenhaal is wearing a navy and black suit by Givenchy. 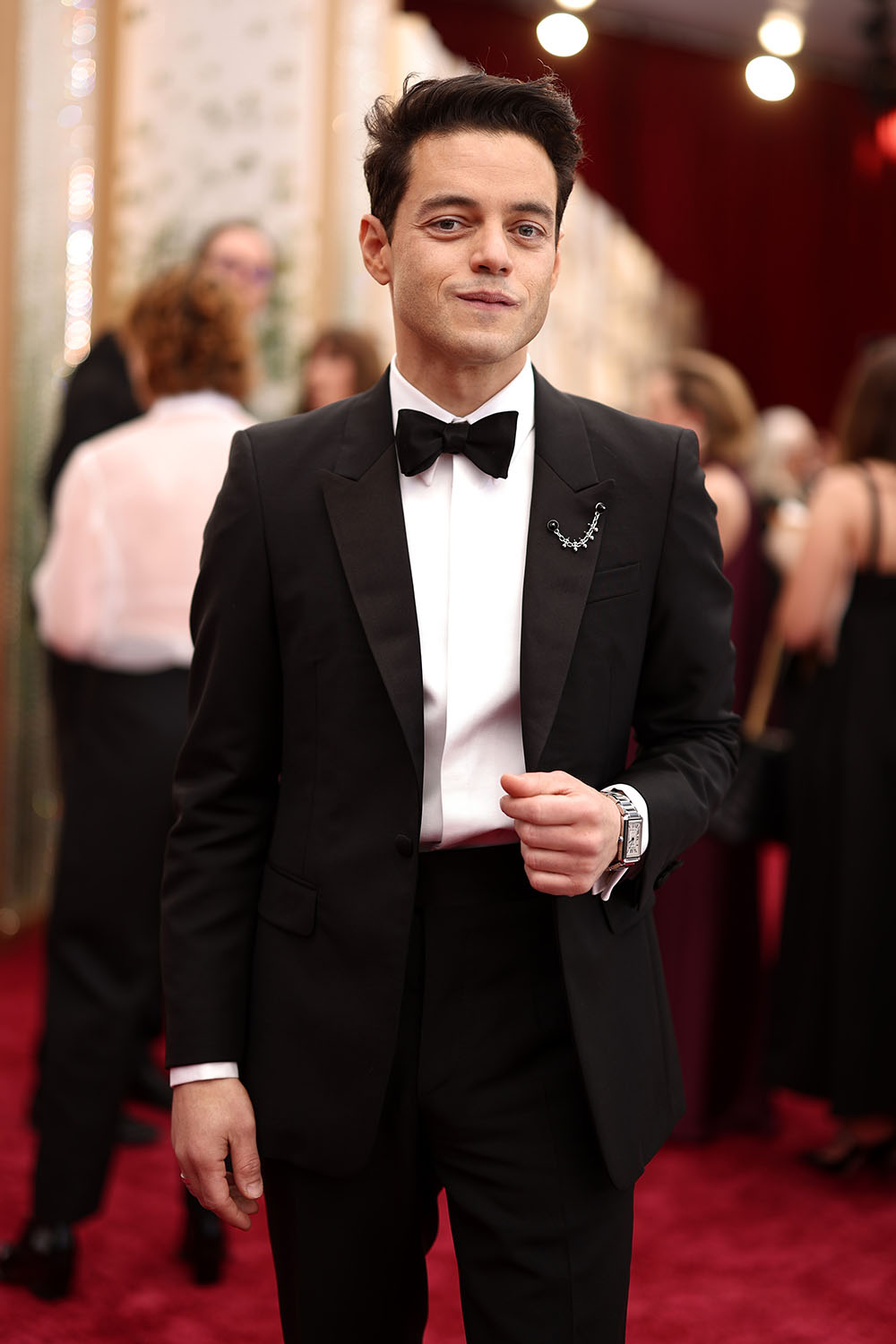 From left: Steven Spielberg is wearing a tuxedo by Dior Men, Rita Moreno is wearing a Carolina Herrera gown with Roger Vivier shoes, and Ariana DeBose is wearing a custom Valentino look with jewelry by De Beers and an Omega watch.

Pauletta Washington and Denzel Washington, both in Dolce & Gabbana.

Shawn Mendes in Dolce & Gabbana with a watch by Vacheron Constantin.

Claudia Sulewski with Finneas, who is wearing Gucci.

Christine Baumgartner with Kevin Costner, who is wearing a tuxedo by Gucci.

Peter Sarsgaard with Maggie Gyllenhaal, who is wearing a custom Schiaparelli gown with Maria Tash and Grace Lee jewels.

Kourtney Kardashian with Travis Barker, who is wearing Maison Margiela.

Wilmer Valderrama is wearing Dolce & Gabbana with a Constellation watch by Omega.

From left: Este Haim, Alana Haim and Danielle Haim, all in Louis Vuitton.

The cast of The Power of the Dog: Kirsten Dunst in vintage Christian Lacroix.