April 22: Since this excerpt was published, allegations of sexual misconduct have surfaced about the author, which he denies.

In “Philip Roth and Film,” the critic Ira Nadel claimed that “Roth takes pride in the proposed filming and production of his work, noting that film dramatically exposes his work to larger audiences.” “Pure rubbish, from the first sentence to the last,” Roth scribbled at the end of Nadel’s paper with his red Flair pen. On the contrary — as he once remarked to Hanif Kureishi, a screenwriter (My Beautiful Laundrette) who also wrote fiction — Roth found verbal precision more lasting than the pictorial kind, and was forever annoyed when a TV or radio spot about him and his work opened with, say, a clip from Goodbye, Columbus (the first movie based on a Roth book), as if the one had anything to do with the other.

Goodbye, Columbus was released by Paramount in March 1969, a month after the publication of Roth’s best-selling third novel, Portnoy’s Complaint — about a mother-haunted, shiksa-chasing Jewish boy who masturbates with a piece of liver — had made Roth a reluctant international celebrity. He was still of the opinion that all movies were “dreck culture,” and therefore had accepted his $25,000 and then sought to avoid what Saul Bellow would have called the Moronic Inferno. Roth was irate when a paperback tie-in edition was published with a movie still on the cover, and sternly reminded Bantam that his work should never be promoted thus: “I hope that it is now understood that in the future I would prefer that my books be presented exactly for what they are, and not adjunct, by-product, or what-have-you.” He declined an invitation to attend the premiere or even to meet the actress Ali MacGraw, who played Brenda Patimkin and had, so Roth’s father assured him, “the cutest little tushy.” Alone, incognito, Roth ventured to see the movie in a Times Square theater, and later took his friend Herman Schneider, who remembered Roth laughing so “uproariously” that people kept turning around to shush him. He was also amused by the Mad magazine parody, “Hoo-Boy, Columbus!” — especially the last panel, in which Mort Drucker’s caricature of Roth (with sideburns and a turtleneck) appears. “I’m marrying one of the richest Jewish men in the world today!” says “Blanda Pretendkin,” to which “Philip Raw” adds, “Yes, and if you think parts of THIS movie were vulgar and obscene, wait’ll you see the movie version of my newest book, ‘Pitney’s Complaint’! It’s so raunchy we’ll end up millionaires!” 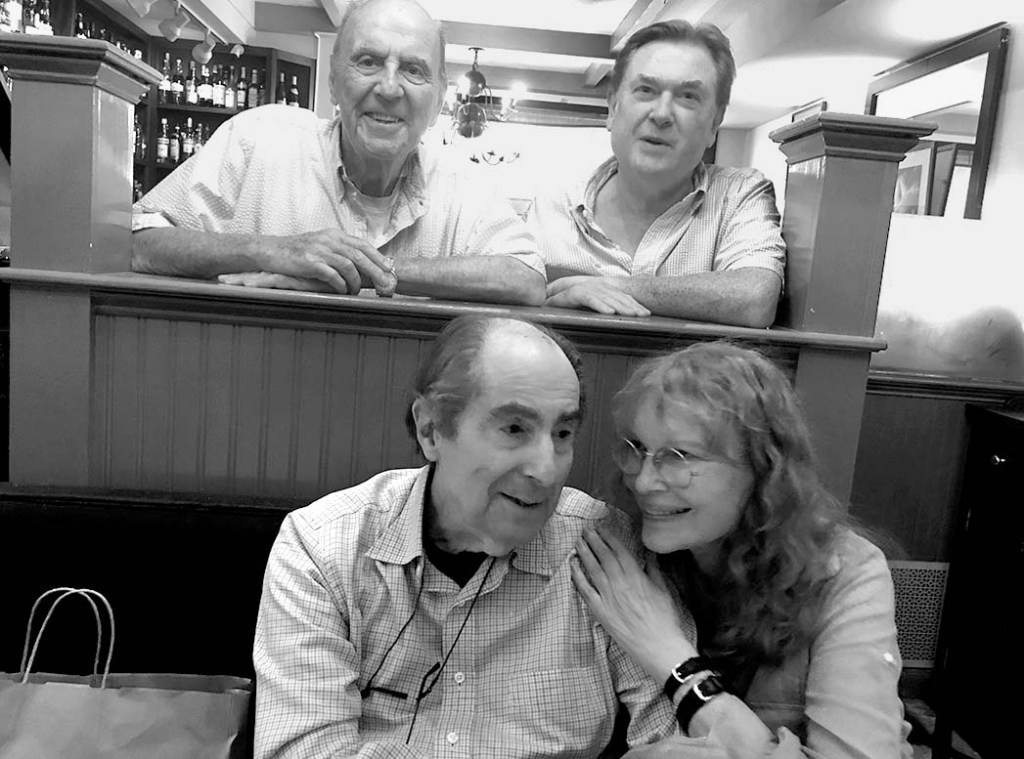 In 2002, Roth made the acquaintance of Nicole Kidman, who’d been cast as Faunia Farley in his acclaimed novel The Human Stain. She and Roth had a divorce lawyer in common, Bill Beslow, who mentioned to Roth that she wanted to chat about Faunia over the phone. Roth advised her to go to a battered women’s shelter and talk to the most intelligent woman there, then suggested they discuss things further over dinner in New York. Roth’s “one and only hangout” in the city then was Russian Samovar, on West 52nd Street, where he was always ebulliently greeted by the owner, Roman Kaplan. “Hello, beautiful,” said Kaplan, when Kidman arrived on Roth’s arm, and the waitresses skittered across the street to buy disposable cameras at Rexall’s. The night was a success: Roth and Kidman “hit it off,” he remembered, and on the sidewalk afterward pedestrians erupted, “Nicole! … Nicole!”

The Human Stain was shot mostly in Montreal, but in May the production moved to Williams College in the Berkshires, within easy driving distance of Roth’s home in Litchfield County, Connecticut, and over Memorial Day weekend Roth paid a visit to the set. “I hate to say this in front of Nicole,” he said, after watching a concert scene with Kidman and Anthony Hopkins (as Coleman Silk); Kidman bit her nails while Roth “paused for effect” (according to a Times reporter who wrote about Roth’s visit). Finally he went on: “But what she did was terrific. You could see what was happening inside her head when all she did was go to touch this guy and then decide against it.”

Until he’d met Kidman, Roth had shown little interest in the production. “You’ll have only one problem with me,” he told producer Tom Rosenberg of Lakeshore Entertainment, when they first met for lunch at the West Street Grill. “If the check doesn’t clear.” For his part Rosenberg was nervous about doing justice to what he considered “the great American novel”; the day he received the screenplay he could hardly bring himself to open the envelope, but was soon reassured that Nicholas Meyer (The Seven-Per-Cent Solution) had pulled it off. As for Roth, he considered the script “horrendously bad” and could barely force himself to sit through a rough-cut screening for his sole benefit. “Oh no!” he’d cry out in the projection room, or “Good god!” Afterward he had lunch with Rosenberg and the director, Robert Benton (Kramer vs. Kramer). “What were you guys thinking about?” he said to the stunned pair, who tried to explain that important stuff from his novel had to be jettisoned for the sake of filmic economy. Roth insisted they put in “the most important scene” in the book — when Coleman Silk tells Faunia he’s a black man passing as white — which, Roth tartly remarked, may mean cutting a few seconds from one of their jogging scenes (meant to indicate “male bonding” between Silk and Roth’s alter ego, Nathan Zuckerman). When they agreed to shoot the extra scene, Roth phoned Kidman and coached her on how to say the key line (“You think you’re telling me something I don’t know?”): “Just throw it away! His life’s secret!” Roth never saw the final movie, but Kidman informed him they’d cut her line and rendered the scene nonsensical.

Roth claimed his friendship with Kidman had petered out after a few phone calls, but a reliable source said there was at least one more abortive date. Roth, who’d excitedly hired a limo for the evening, arrived at Kidman’s hotel and was taken aback when she came down to the lobby with a puzzled look, dressed in jeans. Apologetically she explained that she thought their date was for the next night, and offered to join him in the hotel bar for a glass of wine or something. Roth, however, was furious and left in a huff. Later a friend of his met Kidman and mentioned Roth. “Tell him to grow up,” the actress replied. 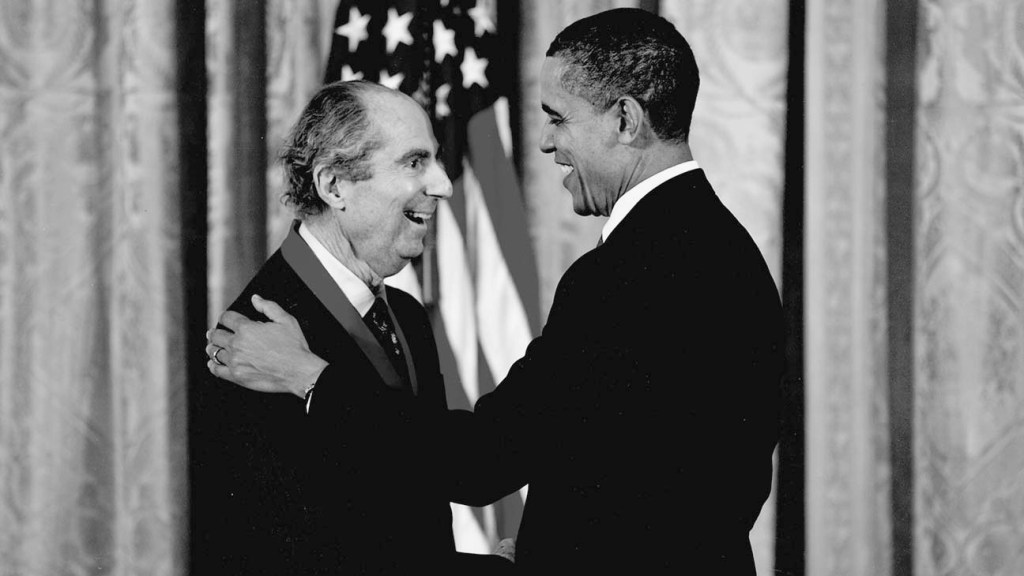 Roth continued to hope that just maybe, someday, a movie would do faint justice to its source. In the case of a proposed adaptation of his 2001 novel The Dying Animal, however, Roth was skeptical from the get-go, given that it was being adapted by the same team — screenwriter Nicholas Meyer and producer Tom Rosenberg of Lakeshore Entertainment — who had “ruined” The Human Stain.

And yet Roth was more proactive than ever, reading the whole novel aloud to Isabel Coixet, the Spanish director, who listened bemusedly (she told The New York Times) as he “faithfully reproduced ‘all the noises the characters did,’ even in the sex scenes, which he urged her to depict.” Penélope Cruz was cast as the heroine, Consuela, and when she phoned Roth for advice about the part, he suggested they have dinner together: “You can sit in Nicole’s [Kidman] seat here in my apartment,” he remembered telling her. “You can sit on the ottoman of the Eames chair.” But he never heard from her again. As for the movie — renamed Elegy to avoid the stigma of “Dying” in the title — it was the expected disappointment and then some: “It’s all wrong, this Englishman,” Roth complained about the casting of Ben Kingsley as David Kepesh, who, said Roth, is “an American talking about American college life in the ’60s; he’s not an Englishman!” Reminded that Kingsley/Kepesh, in the movie, briefly discusses the ’60s on the Charlie Rose Show, Roth went red in the face: “Oh yeah, it gives him something to talk about on TV! No! He lives it, schmucko!”

“Whatever its limitations,” Roth noted, in 2010, of Goodbye, Columbus, “it’s still by far the best movie that’s ever been made of my books” — this despite the casting of the “nebbishy” Richard Benjamin as Neil, another alter ego Roth thought should be played with “aggression” and “power.” When Benjamin was cast again in Portnoy, Roth refused to see the (ghastly) movie when it was released in 1972, and Warner Brothers did nothing to dissuade him; that same year, however (and almost every year thereafter), Roth watched The Godfather and wistfully reflected that the young Al Pacino would have made a perfect Portnoy. He was guardedly pleased, then, when he met Pacino at a party in late 2009, and learned that the great (and forceful) actor had bought the rights to Roth’s novel The Humbling. As Pacino described their encounter, “I remember saying to him that I was so excited by this book. … I said I found it so funny — and that wasn’t such a wise thing to say.” “Don’t make the dildo into a joke,” Roth sternly wrote him about a key scene in the book: Kurosawa, he said, would make it into a dagger; Bergman would make it into a cross. “Rescue it from the easy Seinfeld jokes and allow it the erotic force of a weapon or of a religious object being blasphemously exploited.” “You’ve written a beautiful dark piece and I probably misspoke when I said the word comedy,” Pacino replied.

After that, he seemed to cultivate a stoical detachment toward the movies. He no longer took an interest in the lead actresses and, when asked, refused to look at screenplays or offer other kinds of advice. He found the 2016 adaptation of Indignation, directed by James Schamus, to be every bit as respectable as Goodbye, Columbus: “It’s quite watchable and at times, when they stick closely to the book, it’s strong.” One detected a slight, gentle waggery in his brief response to Tom Rosenberg — yes, of Lakeshore Entertainment — after watching the man’s latest Roth production, American Pastoral: “Tom, I saw and enjoyed the movie. You’re going to win all the prizes.” The movie won no prizes, and Roth was privately appalled by the filmmakers’ loss of nerve in the crucial early scene between the child Merry and Swede, who does not oblige his daughter with an erotic kiss, and also by the movie’s “false and meaningless” ending, wherein the daughter comes out of hiding to attend the Swede’s funeral. But Roth’s expectations were salubriously lowered by then, and he conceded that the main characters, at least, were nicely portrayed by Ewan McGregor (who also directed), Jennifer Connelly, and Dakota Fanning: “I did enjoy it for what it was,” he said, “even if it’s a sliver off the comet of the book.” 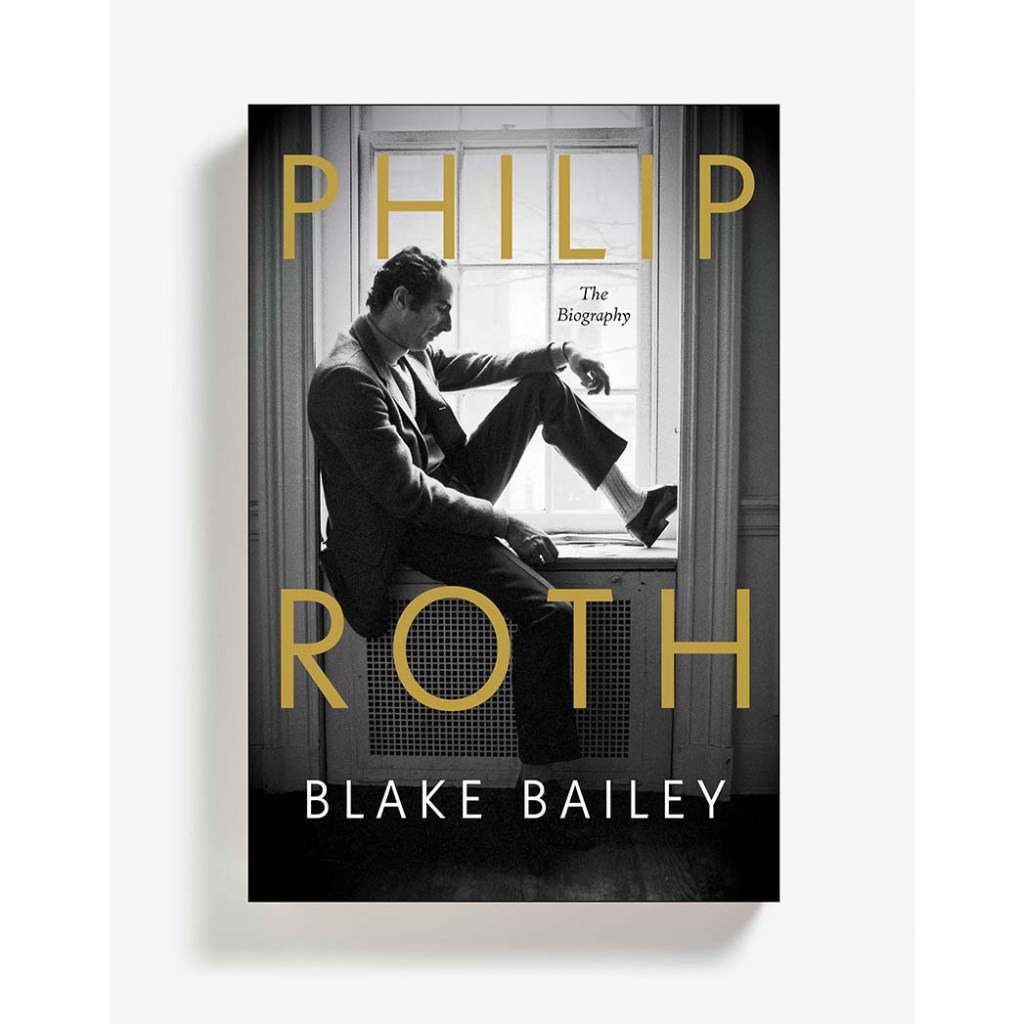 From the book Philip Roth: The Biography. Copyright © 2021 Blake Bailey. To be published by W.W. Norton.