Though it took about a year and a half, and he was compelled to come down a considerable amount off its original price of nearly $18 million, film and television dynamo Ryan Murphy has sold his celeb-pedigreed Beverly Hills mansion for its full $16.25 million final asking price.

The six-time Emmy winner, whose full slate of projects is hardly limited to “Ratched,” Lone Star” and “Pose,” bought the encyclopedically refurbished and fastidiously maintained, Ralph Flewelling-designed 1920s Spanish Colonial Revival-style residence more than 11 years ago for $10 million from famously architecture and design savvy Oscar-winning actor Diane Keaton. However, he hasn’t lived there — at least not full time — since he and his growing family moved to an even bigger spread in nearby Brentwood a couple of years ago.

Plush and refined with a total of seven bedrooms and seven bathrooms (plus two powder rooms), the home’s main living spaces include ample formal living and dining rooms, a gourmet kitchen and a den that doubles as a media room. Many rooms open through French doors to the backyard and/or to an arched colonnade that wraps around a bricked courtyard that’s shaded by a couple of pepper trees with a fountain at its center. 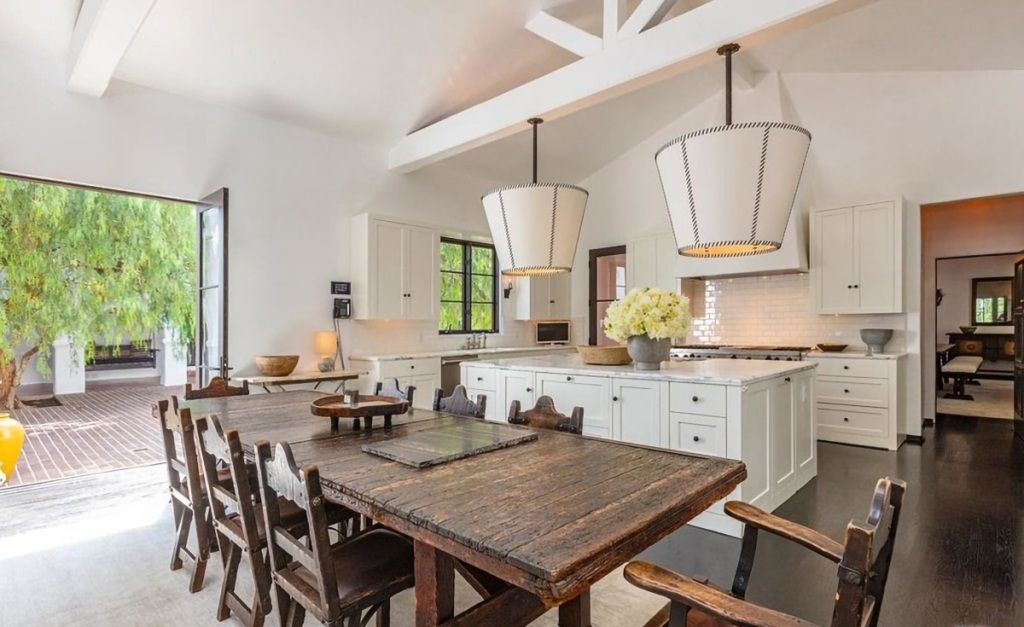 Two of the main-house’s six bedrooms are on the main floor and suitable for guests or staff, while the sprawling owner’s suite offers a fireplace, two bathrooms and two balconies, one that overlooks the courtyard and the other with a view over the backyard. The house also includes a study, a fitness room and a multi-room guesthouse.

Strands of light that span the backyard are reflected in the simply rectangular, ever-so-slightly above-ground swimming pool, and towering cacti make a prickly fence around a large patio between the main house and guest house.

The one-of-a-kind property was jointly listed with Kevin Augunas and Chris Cortazzo at Compass, while the buyer was repped in the deal by Crosby Doe at Crosby Doe Associates.

Last year Murphy and his husband, photographer David Miller, sold a Laguna Beach, Calif., compound for $10.65 million, while at the same time two of their homes, the aforementioned Brentwood spread and a bespoke New York City townhouse, were featured in an Architectural Digest article penned by Murphy with photos by Miller.