Jason Sudeikis isn’t adhering to black-tie style rules this awards season, but no one can say he doesn’t know how to handle statement dressing.

The Ted Lasso star continued to eschew formalwear in favor of casual style at Sunday night’s SAG Awards, choosing to wear a navy wool sweater emblazoned with “My Body My Choice,” an iconic feminist slogan about abortion rights, designed by Alessandro Michele for Gucci. From a past collection, the unisex piece is no longer available on Gucci’s site, but eagle-eyed fashion fans can still locate the $1,100 design at retailers like London-based Browns.

At February’s Golden Globes, Sudeikis kicked off what appeared to be a laissez-faire approach to his awards-show look, but upon closer inspection, there was method behind his hoodie madness. The tie-dye “Listen + Lead” hoodie Sudeikis sported for the Golden Globes was a shoutout to Forward Space, the New York City dance, fitness and wellness studio founded by his sister, choreographer and teacher Kristin Sudeikis (you can buy the $110 hoodie at Forward Space’s retail site). 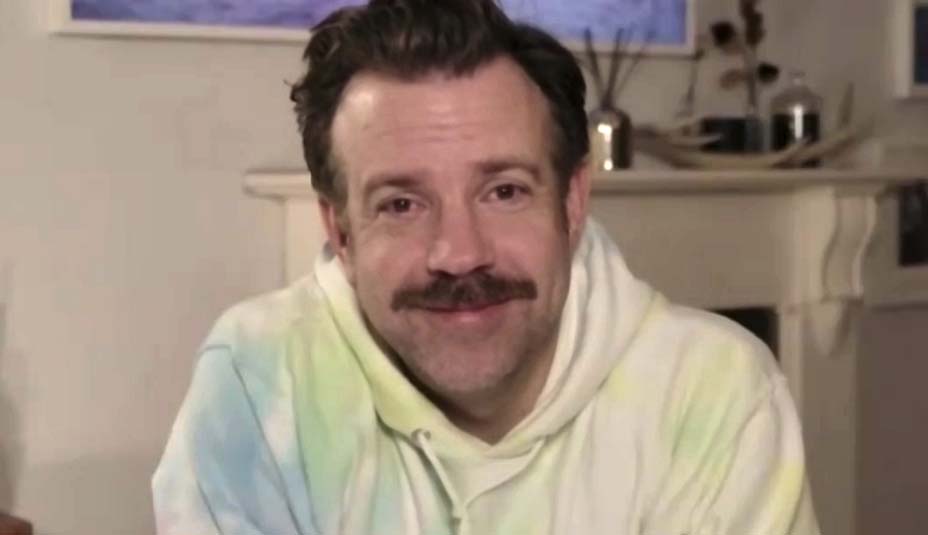 Sudeikis followed up that look one week later with another hoodie at the March 7 Critics Choice Awards, this time name-checking Crockett High, a nod to the fictional school in 2019’s Booksmart, directed by Olivia Wilde. Sudeikis and Wilde have a son and daughter, but the couple ended their nine-year relationship in November 2020; that didn’t stop the actor from crediting Wilde during his Critics Choice win, however. “I want to thank their mom, Olivia, who had the initial idea to do this as a TV show,” he said during his acceptance speech. 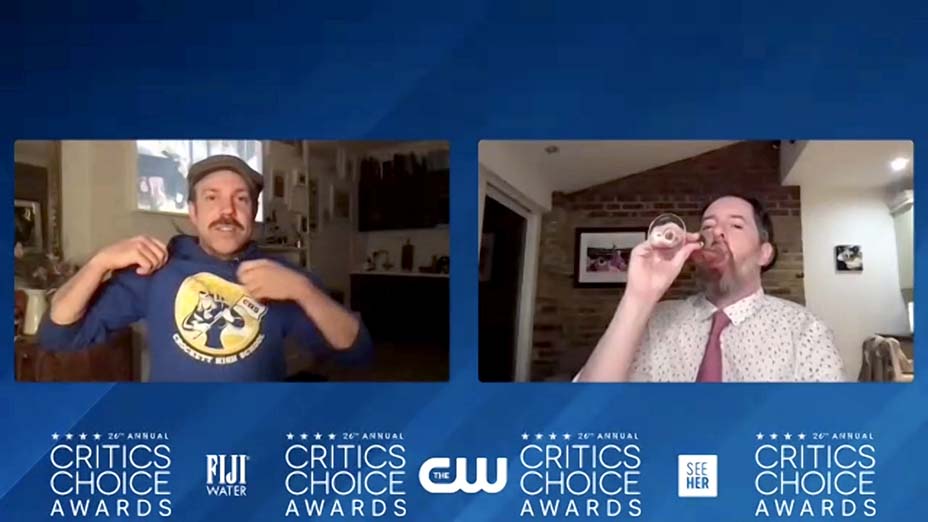 During Sunday night’s SAG Awards pre-show, Sudeikis admitted that his sartorial choices have been wholly intentional, though he noted that he had not yet decided on what viewers would soon see him wearing. Gucci’s “My Body My Choice” sweater is likely to continue the viral conversation — and for Sudeikis, that’s only a positive. “I’m a rebel rouser,” he said.