Bleep-bloop-bleep — or in droid speak, here’s a sale that Star Wars superfans won’t want to miss. Anker’s R2-D2 edition of its Nebula Capsule II smart projector is now marked down to just $460, the device’s lowest price since its release on May 4, the unofficial holiday of the Lucasfilm franchise.

Originally $700, the mini Bluetooth projector was limited to only 1,000 units when it debuted earlier this spring. The droid-like device starts up with a familiar sound effect from the iconic holographic message scene in Star Wars: A New Hope and clocks in at just slightly larger than a soda can. It includes a remote and features auxiliary, USB-C and HDMI connectivity, and weighs a little over two pounds, so you can easily throw it into your backpack.

The pocket-sized projector is equipped with a quad core A53 chipset that lets it deliver sharp 720p image quality up to 100 diagonal inches. While it’s not meant to replace your full-sized home projector, the Capsule II’s specs include a one-second autofocus for adjusting any keystone effects and a brightness of 200 ANSI lumens, which means it’s bright enough for on-the-go movie nights in your backyard (or even at the beach, if you’ve got a portable screen) or in smaller indoor spaces (like your bedroom).

Since it also has standard and C-type USB inputs as well as HDMI, you can plug and play content directly from your smartphone or another device, or you can stream over Wi-Fi. The rechargeable lithium-ion battery delivers up to 2.5 of playtime on a single charge, so you’ve got plenty of juice for a full Star Wars movie (though you might be pushing it with the 151-minute Last Jedi) or some TV binge-watching.

In addition to using the Capsule II as a portable theater, the unit can also be used as a travel-ready speaker when you sync it with your smartphone or another device. It also plays well with Chromecast and Google Assistant, so you can cast your entertainment from Android TV via Chromecast or control the device with voice commands. The projector can also be used with a tripod so you can truly customize your setup.

It’s worth mentioning that you won’t be able to download Netflix’s app directly on the Nebula’s interface (the device technically doesn’t have Netflix certification) — thankfully, Anker’s Nebula Manager app lets you get around that.

Need to add a dependable droid to your tech lineup? Shop Anker’s Nebula Capsule II R2-D2 smart projector below — and if the $460 price tag is too steep, perhaps a buildable Lego R2 is a more wallet-friendly addition to your Star Wars collection. 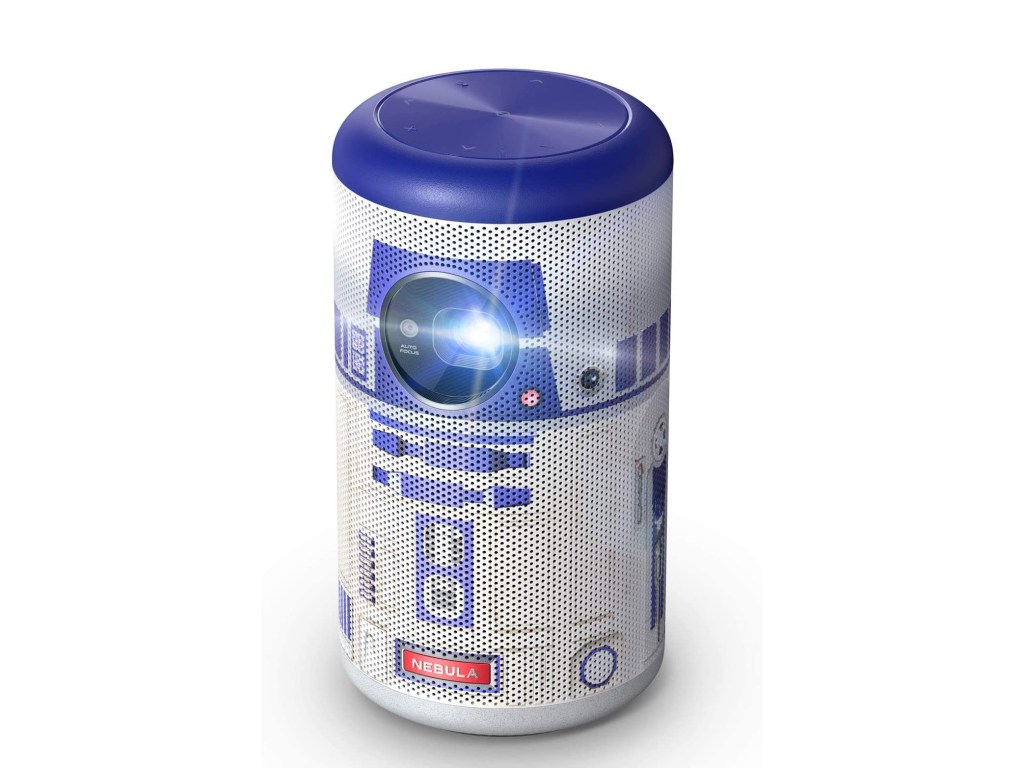