Fifty-nine years after it opened, the Bob Baker Marionette Theater, the oldest operating children’s theater in Los Angeles, is the subject of a definitive coffee table book: Enchanted Strings. It includes a foreword by filmmaker and puppetry fan Jordan Peele, who praises the theater’s “amazing intricate roster of puppets — the deepest I’ve ever seen.”

Filled with scores of photos and sketches of set designs, marionettes, and puppets (including longtime favorite Bobo the clown), Enchanted Strings: Bob Baker Marionette Theater is a tale of how Baker got his start as a young boy — he performed his first professional show at age 8 at a birthday party for a child of director Mervyn LeRoy — and went on to found one of L.A.’s most beloved arts institutions, which experienced a roller coaster of financial ups and downs.

“Bob was a folksy entertainer. He started when he was 5 or 6 in the 1920s and ’30s. That’s when all the great puppeteers were working in L.A., and he worked with all of them and they influenced how his shows came together,” says Randal J. Metz, the book’s author and artistic director of Oakland’s Storybook Puppet Theater.

Metz continues: “His parents supported him. His house had four garages, and over the years he took over each of them for different projects [as both workshops and theaters]. He worked right out of his house until 1961 until he bought [a] building, and in 1963 he opened the theater.”

The book also details the many Hollywood films and TV shows Baker worked on, including creating and handling puppets for Bewitched, Star Trek, the Elvis Presley film G.I. Blues, 1954’s A Star Is Born and even creating an alien for Steven Spielberg in Close Encounters of the Third Kind. “The puppets for G.I. Blues,” says Metz, “were so realistic. When Elvis Presley was working with them, they freaked him out and he couldn’t handle it and went to his trailer.”

Baker also had a long-lasting connection with Disney, advising on films, creating puppet-filled windows for Disneyland’s Main Street, advising on films, and creating a line of now highly collectible licensed marionettes (currently selling for about $100 to $3,000 on eBay).

One thing the book does not address is Baker’s private life, though at one point it describes the relationship the puppeteer had with Alton Wood — the classically trained pianist who co-founded the theater company — as “a personal and professional partnership.” Says Metz, “Alton gave up his career being a concert pianist to work the puppets and run the theater. He was really the guy who kept the money things going.” But Alex Evans, the current executive director of Bob Baker Marionette Theater, says, “It would never leave [Bob’s] mouth that they were anything more than best friends that worked together.”

Baker died in 2014, and four years later the theater was forced to leave its longtime home in Echo Park, where in addition to shows, it had hosted hundreds of birthday parties for L.A. kids over the decades. (The theater had been co-designed by Oscar-nominated Planet of the Apes costume designer Morton Haack and Emmy-nominated production designer Serge Krizman, known for the original Batman TV series.)

In 2019, after becoming a nonprofit, Bob Baker Marionette Theater found a new, bigger home in Highland Park, inside the historic 1920s York Theatre, and has been revitalized by a young group of puppeteers determined to keep its founder’s legacy alive. “We were all like, ‘We care about this too much to let it go,’” says Evans (who also is working on a documentary about Baker). Adds Metz, “They are actually doing it the way Bob wanted to do it and designing new numbers the way Bob would do it. The new theater company feels exactly the same as the way Bob ran it up until 2014, and it is all these younger kids now.”

Up next at the theater is the classic variety show It’s a Musical World (Feb. 5 to April 3). The nonprofit theater also has three levels of membership, and supporters can “Adopt-a-Puppet” by donating to support the care and maintenance of a puppet for one year.

“A lot of people don’t realize puppetry is so magical,” notes Metz. “A good puppeteer will make the marionette move in a way that you will forget the puppeteer who is working it. Good puppetry becomes real.” 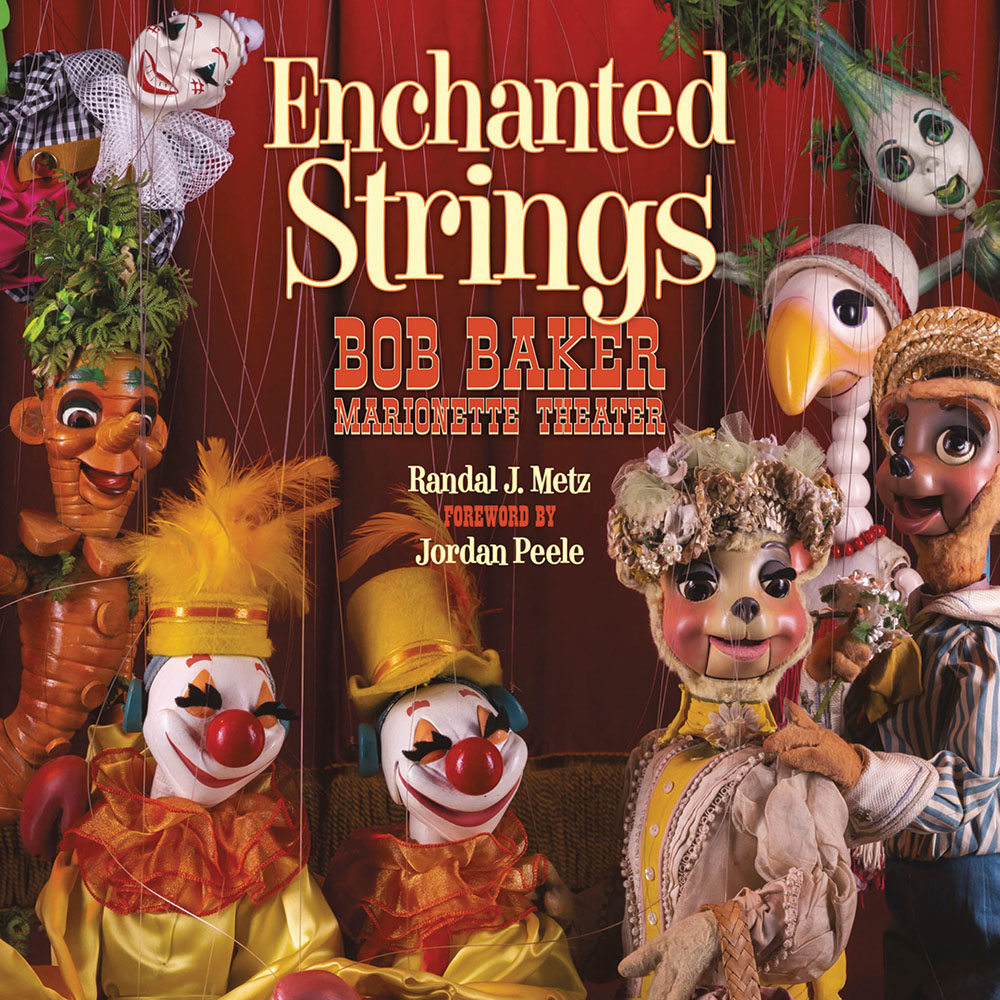 A version of this story first appeared in the Jan. 19 issue of The Hollywood Reporter magazine. Click here to subscribe.