According to Gorman (who’s repped by lit agency Writers House and WME and is also signed with IMG Models), her 2012 enrollment in the L.A. nonprofit WriteGirl made all the difference. “It’s been thanks to their support that I’ve been able to chase my dreams as a writer,” she’s said.

Founded in 2001 by former singer-songwriter Keren Taylor, WriteGirl’s mission is to empower teen girls through creative writing and one-on-one mentoring. The organization holds weekly mentoring sessions and monthly creative workshops for students throughout the school year, with a small staff and volunteers and supporters who have included Oscar-nominated songwriter Diane Warren; actors Lauren Graham (who hosted a 2019 fundraiser for the group), Keiko Agena and Wendi McLendon-Covey; screenwriter Melissa Rosenberg; and writer-directors Lauren Miller Rogen, Gina Prince-Bythewood and Robin Swicord. Says Agena of the program, “At WriteGirl they are building confidence, kindness and grit! You can see it in the young women in the program, and they are an absolute inspiration to be around. I am not surprised Amanda Gorman is a WriteGirl. She is incredible.” Adds McLendon-Covey, “Putting girls with mentors who help them expand their creativity, self-expression and self-esteem just makes sense.”

Gorman’s single mother, a teacher in Watts, enrolled Amanda and her twin sister, Gabrielle Gorman, when they were in ninth grade. The 500 youths participating in the program each year now also include some boys and coed groups from the juvenile justice system. For over a decade, WriteGirl has maintained a record of 100 percent college attendance for its graduates. 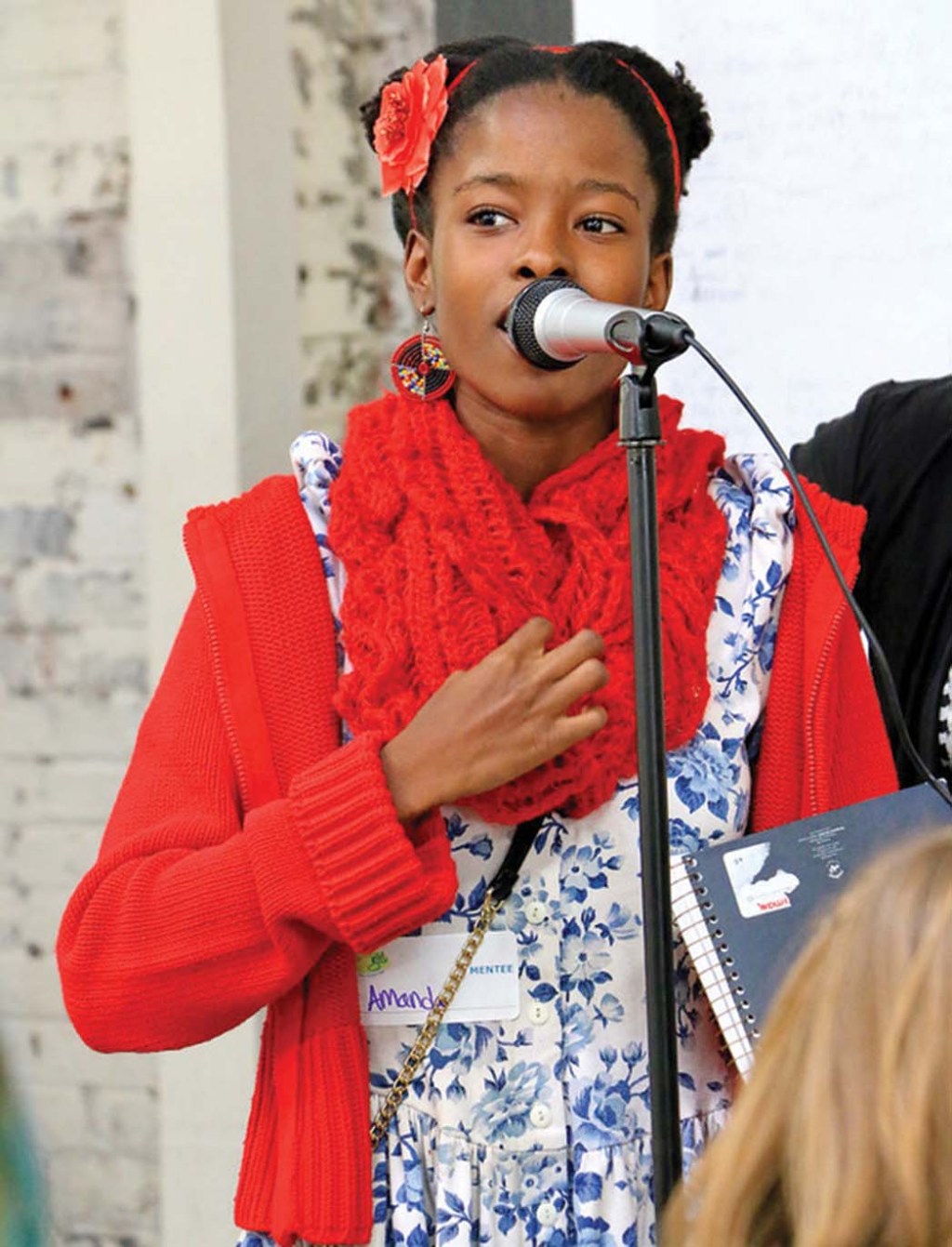 “Writing is part of it,” Taylor tells THR, “but it’s also the positive community of women writers, one-on-one mentoring time, and the opportunity to present their work in front of their peers and the hundreds of special guest writers. We also work hard not to have any competition — it’s amazing what can happen to a girl’s self-view and confidence when she is not judged, evaluated, compared and pitted against other girls.”

WriteGirl also helps students with SAT prep and college applications, as they did with the applications to Harvard and UCLA for Amanda and Gabrielle Gorman (an up-and-coming filmmaker), respectively. And WriteGirl publishes writing anthologies, three of which include Amanda’s works.

As the group plans its June 12 Bold Ink Awards (which honors female writers), Taylor says that donations are needed right now “to help us continue our work.”

Screenwriter and WriteGirl mentor Clare Sera (Blended, Smallfoot) sums up the ethos: ” ‘I wish I’d had a mentor!’ says every woman who joins WriteGirl to support the next generation of women writers. It is definitely life-changing. My life would be missing a deep, challenging and joyful layer without it.”

A version of this story first appeared in the Jan. 27 issue of The Hollywood Reporter magazine. Click here to subscribe.