Broadway Star Danny Burstein on His Struggles After COVID-19: “I’m Not Really Sure How I’m Doing” (Guest Column)

In April, The Hollywood Reporter published an essay I’d written about my six-day experience in New York’s St. Luke’s Hospital, now Mount Sinai, while suffering from COVID-19, with difficulty breathing and a temperature that at one point hit 104. It had been quite a traumatic experience for me, and I found writing about it therapeutic. Four months later — and here’s the honest truth — I’m not really sure how I’m doing. While my symptoms have dissipated for the most part, they also remain in subtle and, on some days, not-so-subtle ways. I can suffer terrible exhaustion. I’ve had swelling in my hands and feet. I had a few weeks where I had short-term memory loss; that went away thankfully. I read survivor websites and hear from other people who have also experienced this illness in similar ways. Sadly, it seems anyone who’s suffered with COVID-19 has also had some kind of residual symptoms.

Saddest of all, several dear friends have passed away, gutting me while also making me feel unbelievably grateful to be alive. My roommate from the hospital, Jose, texted to inform me that he was feeling better but told me his sister had passed away from the virus. In the news, there are daily reminders of my hospital stay, and it hurts to hear about the rising numbers of deaths and positive tests.

Upon my release from the hospital, my wife, Becca, and I were worried about our 24-year-old son, Zach, catching the virus. Somehow he never did. I was recovering and Becca was just starting her own bout with the virus. Zach found a room to crash in for a couple weeks 20 blocks downtown, and later found a studio in Brooklyn.

But that meant I would be responsible for caring for my wife, who is also struggling with ALS. No health care worker in their right mind would come to our home as we were both suffering with the aftereffects of the coronavirus. We were very much on our own. The next month was spent pretty much alone in isolation. Despite being dizzy and in a constant state of exhaustion, I was somehow able to care for her.

I walked to the market at midnight every other night to shop for food when the store was fairly empty. Becca suffered through my terrible cooking. She sweetly never said anything bad about the experimental slop I threw in front of her at dinner. Thankfully, her bout lasted only about a week. She had three days of a mild fever and lost her sense of taste and smell, common symptoms of the illness, but was otherwise OK. She needed a lucky break. I prayed to God, despite being a devout atheist, that she would be spared this trial and, thankfully, she was.

Following the March 12 Broadway shutdown, my fellow Moulin Rouge castmembers and I had been desperately clinging to our mass text thread for some kind of connection. Sadly, we seem to have let it go for the most part. In the beginning, there were texts every day. Now we’re lucky if someone posts a text once a month. Our close-knit family has splintered to various parts of the country. New York is far too expensive just to sit in one’s apartment and hope the phone will ring with news of a new opening date or some other prospect. Since this is the only home I know — I grew up in the city — I’m here for the long haul.

Now, it’s normal for casts to go their own ways once a show closes, but technically, our show is still here. Our marquee is still up, as well as all the quotes and pictures. Will we ever be able to come back together and fall back into that beautiful groove we found? Can a show the size of ours come back and survive such a financial blow? The producers assure us we will. I’m buoyed by that.

But, in the meantime, I have to find some work in order to survive this theatrical downtime. I’ve always had faith something would come along, and by some miracle it always has. But my faith is waning a bit lately. Our business has yet to really return to any kind of normalcy or even semi-normalcy. I can make some money doing voice work from home, and I hear TV and film work in New York City is very slowly starting to return. My fear is that theater may not return until well into 2021, when hopefully, scientists will have discovered a vaccine. If not, it seems unlikely to me that it will return. It’s heartbreaking for so many in our business who have had to pack up and leave New York City with no set plans to return.

Meanwhile, we’re stuck in this bizarre limbo as people fight over whether they should wear a mask and social distance. I keep thinking that if the people who believe this is all a hoax could experience just one hour in a COVID ward, their minds would change immediately. I was coughing up blood in my ER isolation room and still didn’t want to believe my life was in danger. But when my nurse came to break the news to me that I had tested positive for coronavirus and then immediately followed with, “By the way, are you an organ donor?” I sobered up fairly quickly.

On April 22, about five weeks after being released from the hospital, I thought I was having a heart attack. I felt constricting chest pains and a pain in my jaw and left shoulder traveling down my arm. So I marched myself to St. Luke’s ER once again — this time alone. I phoned my best friend, George Dvorsky, to run to my apartment to take care of Becca while I was in the hospital. I wasn’t sure if I would be admitted or whether I would be there for a short while.

One of the potential side effects of coronavirus (and also hydroxychloroquine, which I received for five days) is stress to, and swelling of, the heart. After five hours of testing, they found nothing unusual but said I was very smart to come in given my recent history. All my numbers, EKG and X-rays were completely normal. It was a mystery. But I know what I felt. Thank goodness, it dissipated by the time I was released that evening.

To this day, we’re not completely sure what it was — my body adjusting after a near-death experience is a possibility. So are myriad other scenarios. While waiting for my results to come back that night, the ER doctor showed me my chest X-ray from five weeks before. He said the old X-ray was “just terrible.” He kept saying I was “very, very sick.”

In a normal X-ray, healthy lungs should look black. Mine were mostly white and cloudy, covered with the infection, except for a thin strip of black running down the center of each lung. Five weeks later they were better, but not 100 percent. It took me over two months before I could walk two or three blocks without feeling winded. I was terrified my lungs wouldn’t recover. I feel it’s a bit of a miracle that they have.

I’d like to tell you about the nurse who gave me the EKG the second time I went to the ER. She was a lovely Dominican woman in her 30s. She was kind, professional and simply fantastic at her job. She asked why I was there. I told her I was having chest pains and that I’d just been there a month before in the COVID unit. I told her that she and everyone in the building had saved my life.

She looked up from what she was doing and said, “You survived?” I said, “Yes, thanks to you,” and with that she put her hands together and slowly bowed down low to me as if praying. I said, “Wait, no! I should be bowing to you!” Then her expression suddenly went blank, she fell silent and methodically began to attach the EKG electrodes to my chest and arms. About 20 seconds of silence passed before she said, “I’ve lost five members of my family. Uncles, an aunt and two cousins. My mother can’t stop crying. I’ve been so busy that it was only yesterday that I was finally able to cry.”

By the time she had finished, we’d talked about our families and even shared several hearty laughs. She told me to walk back into the waiting room and I never saw her again. It was one of those meetings with another human being where you just connect on a very deep level and touch one another greatly but know you’ll probably never see one another again. Profound and fleeting. Beautiful and troubling. 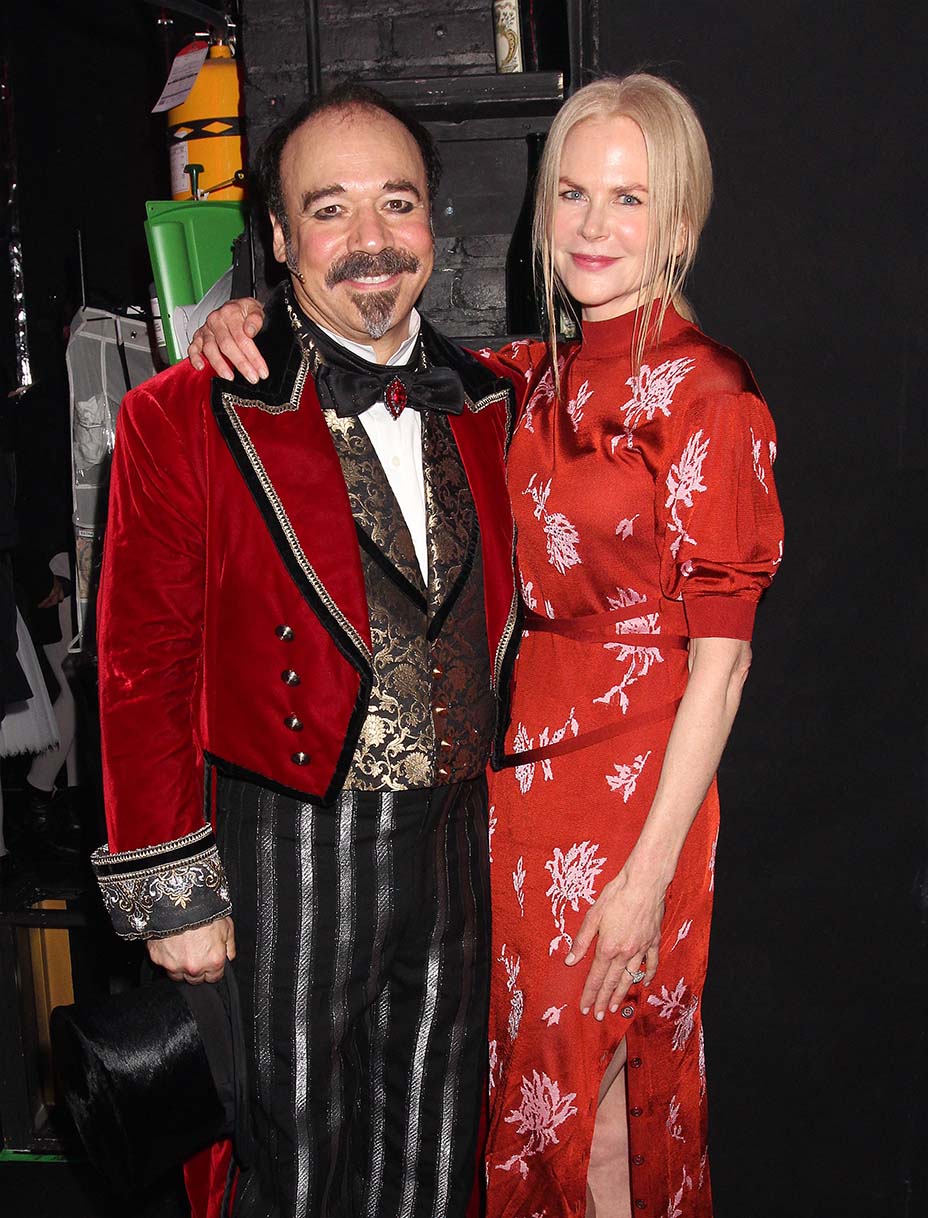 And now I’m about to tell you the toughest news: Becca’s ALS has been getting worse quite rapidly. After being diagnosed in November of last year, she bravely announced her battle with the disease on Feb. 9. At the very end of that month she could no longer walk.

The other day, my pal, the brilliant songwriter Tom Kitt, called me. He said he was frustrated by his lack of creativity because of the pandemic and was reaching out to several friends to see if we could write songs together. He said, “Is there something going on in your life at the moment that you just have to express?”

And I sat at my computer and wrote the following:

“The question we keep asking is how do you have hope when every moment is a struggle? When every second is a reminder.

She can’t brush her hair today. That’s new. She needs two hands to drink her morning medicine. I had to feed her the last half of her meal last night. Most days she won’t let me feed her and would rather eat less than let me help. I spend my days helping, she spends her days fighting.

We argue with insurance companies, struggle with an indifferent health care system. We argue with one another knowing it’s because of our impossible situation. We all know we’re going to die but we don’t have to contemplate our own demise every single day.

It’s a struggle to lift her. It’s a struggle to get her into her chair. The headrest broke on her new wheelchair, so that will take six days to get the new part and I’m improvising so she can lean her head back. She hasn’t walked in nearly six months.

Will she ever walk again? Her shoulders went, seemingly overnight. And now her hands. Their shape has changed, especially the left. But the right one is starting to curl in the same unusual fashion. When I put her bra and shirt on I have to lift her changing hands and I hold back the tears. They’re not the hands I’ve held all these years. They’re not the hands I kissed when we made love. I try to stretch them back into a familiar position and she says it feels good, but they fall back into their new shape. Every few days we have to mourn something else she used to do so easily. And still we have hope.

A version of this story first appeared in the Aug. 5 issue of The Hollywood Reporter magazine. Click here to subscribe.