Cazzie David might be slightly less anxious at the moment. With the election in the rearview mirror and her debut essay collection, No One Asked for This, now in stores, the 26-year-old writer may in fact be enjoying something of a respite from her lifelong anxiety disorder. But read any of the darkly amusing passages from her new book and it’s clear that unease is her status quo — she’ll be back there soon enough. The native Angeleno, daughter of Curb Your Enthusiasm creator-star Larry David and activist Laurie David, hopes to translate the success she’s had as a columnist and writer of web shorts into proper series work. And while she’s well aware of how family connections can help her with that, she has one obstacle those without Hollywood lineage never do: her father’s comedically warped advice about how to negotiate with TV executives.

So, how are you doing?

I woke up a little sick, so I’m having the very classic panic about what it is that I really do have.

Did you sleep with the window open?

I think it’s doing press. (Laughs.) I’m uniquely unsuited for this stuff, so I think it’s having a physical effect on me. I don’t know if anyone’s ever done a book tour with as bad of an anxiety disorder as I have.

At least the pandemic got you out of public readings.

Thank God. Does anyone really even like being read aloud to? I read on YouTube comments years ago that I have vocal fry. I know that’s sexist, because I’m a woman, but I do have it. I’m so embarrassed by what I’m saying that I try to go as low as possible. My entire audio book is now in vocal fry.

This has been a big year for anxiety. Did you notice all the new company?

I did notice a shift of everyone kind of rising to my level — for COVID, especially, but since 2016 everyone has just had nonstop anxiety. I’m now feeling like in the next few weeks, since Biden won, people might go back down.

How are you feeling post-election?

It feels like we got out of a war or all of America was let out of prison at the same time. It couldn’t be better. And my mom’s entire well-being has always depended on the state of the world, so the last four years with her was just awful. It’s like she was married to Trump. That’s how much it affects her. It’s the first time I’ve seen her happy in years.

Talk me through the book title, No One Asked for This. It’s been published, so someone clearly asked for it.

It’s a disclaimer. I know who I am and how I can come off. If I enter a room, I’m like, “Hey, sorry, I’m here to ruin whatever good time you guys were going to have with my energy.” I’m saying sorry to whoever gets my book. But it also has that double meaning of my worldview. No one asks for the book and no one asked to be alive.

There are excerpts of a psych evaluation you had when you were 12 throughout the book. What made you choose that as the throughline?

I was almost done writing when I found a file in my mother’s drawer titled “Cazzie.” I read the first page, and it sounded so much like me to this day that it freaked me out. I’m dealing with all the same issues I was dealing with when I was 12. So much of it sounded hyperbolic — like how I felt like my mom didn’t love me because she’s so obsessed with global warming. I immediately thought of it as evidence to show how people aren’t capable of changing all that much and that I’m not trying to be someone I’m not.

You thank your dad in the acknowledgments for always reading your work. Did you give him a draft of this?

I live in his shadow, so I do have the desire to do things on my own, see how they work and have the validation of having done it myself. He read the book after I finished it. But he said he liked it, and I heard him laughing at a few things.

For good or for bad, “nepotism” gets thrown around with Hollywood families. How do you react to seeing the word used in reference to you and your work?

There’s nothing not true about it. It’s embarrassing, because there’s such a negative connotation. I’m so proud to be my dad’s kid, but I’m so embarrassed to be a celebrity’s kid. If there was some path that I was capable of taking, other than writing, I’d have done it in a heartbeat. I just can’t do anything else. Hopefully I can make some people laugh, despite being a product of nepotism.

What are you working on next?

A couple of scripts, but the TV industry is really another story. With a book, you’re writing something that will see the light of day. With TV, there’s like a 1  percent chance, even when you make a deal, that it will ever get made. It’s a little bit of a hopeless experience. The book was nice because I didn’t have to take notes from anyone. I didn’t have to go against the integrity of what I wanted it to be in hopes of it having a better chance of being seen.

There’s a big difference between authoring a book and TV, which is almost exclusively done by committee.

And you can’t really prove yourself until you do make something. But if you make something, and it has all these fingerprints on it from 10 executives, it can’t have the impact you want it to have.

Your dad is someone who’s known to have free rein. What’s his advice for handling unwanted notes?

I’ll get notes and complain to him when I feel stuck and he’s like, “Just quit. All you have to do is quit. They’ll beg to get you back and say you don’t have to take the notes.” (Laughs.) But I can’t do that! That doesn’t work for me. I’m basically the one begging them to let me make this. 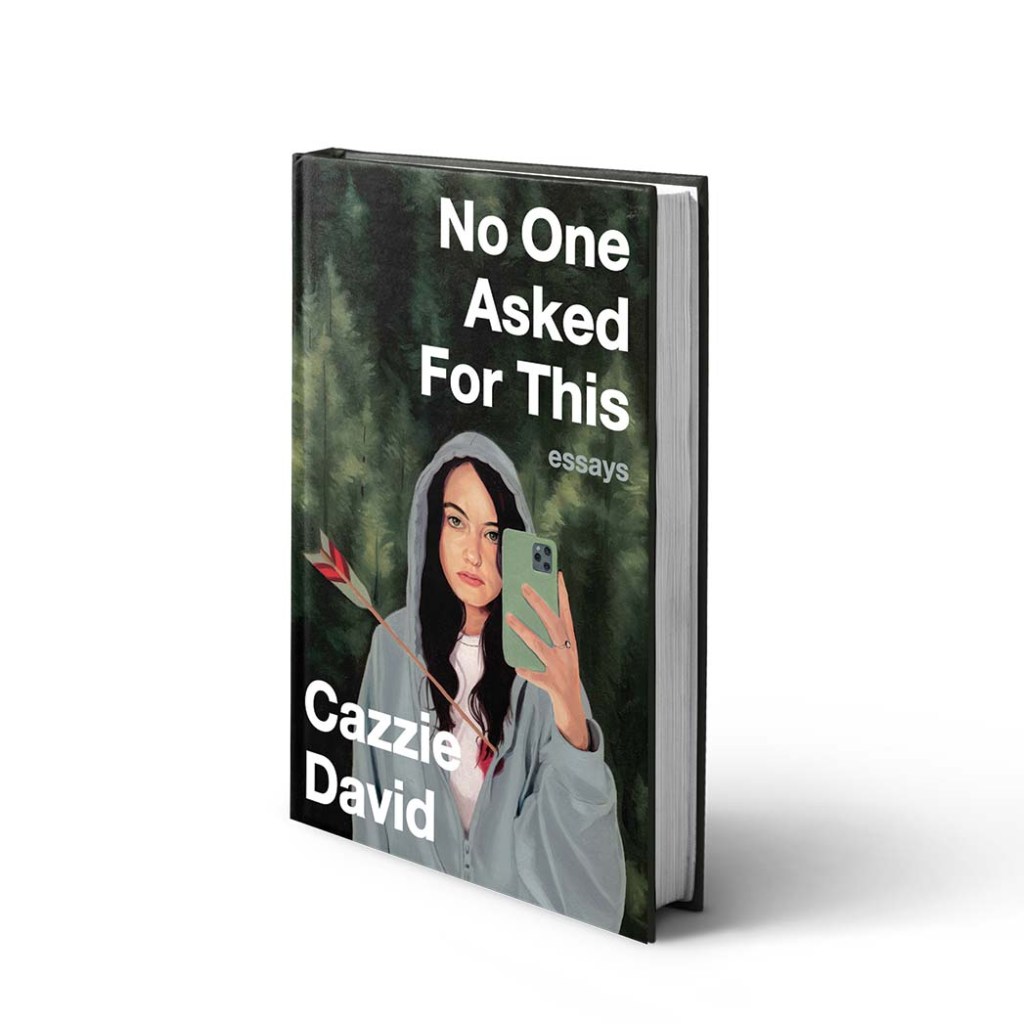 This story first appeared in the Nov. 18 issue of The Hollywood Reporter magazine. Click here to subscribe.