As it happened in real life, the entry of Diana, Princess of Wales, into the constellation of characters in season four of Netflix’s The Crown can’t help but overshadow the rest of the Windsor clan entering adulthood: Elizabeth II’s children, Charles, Anne, Andrew and Edward. Yet, especially as the older two (played by Josh O’Connor and Erin Doherty) begin to take their place as working members of the royal family, they also contrast with the increasingly troubled Diana in a lively counterpoint as the storyline weaves its way through the 10-episode season.

For The Crown costume designer Amy Roberts, dressing the newly grown-up characters of Charles and Anne provided yet another opportunity not only to dress the players but also appraise their real-life coequals.

“The approach was taking both Charles and Anne from series three, where they are young and discovering where their future paths might lie, into series four, where they are now more established in their royal roles and marriages,” says Roberts by email from England just before the holidays. “In these two eras, we could show by their clothes a reflection of that change and maturity. Charles goes from a young, slightly stuffy student in tweed jackets and flannels to a stylish, confident man in double-breasted suits; Anne from experimenting with miniskirts and jeans to stylish suits and knitwear and cord trousers as she now has her own home and family.”

Roberts continues, “I hope that giving the actor clothes that are right for the character, they can make them their own and do their job.” 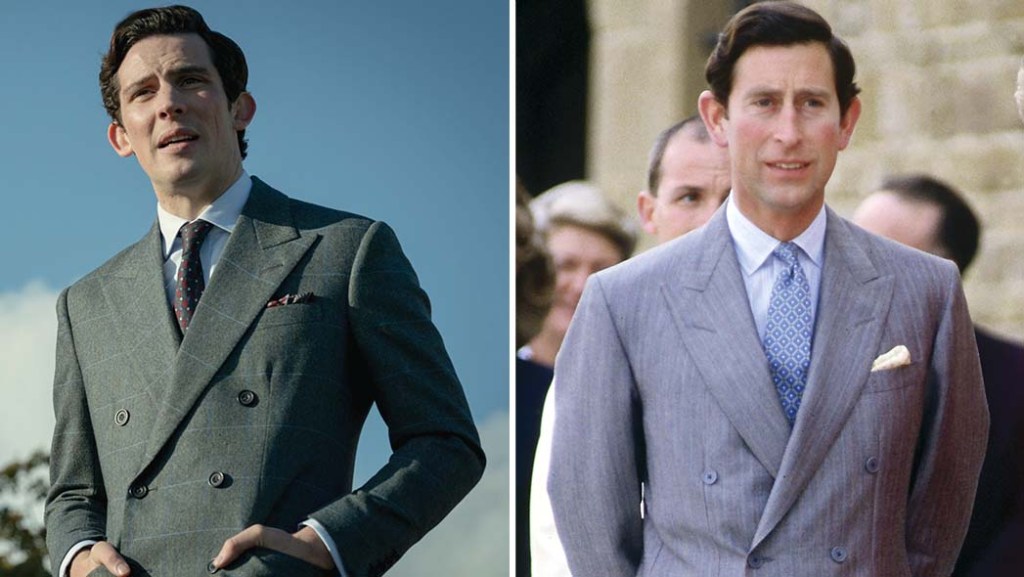 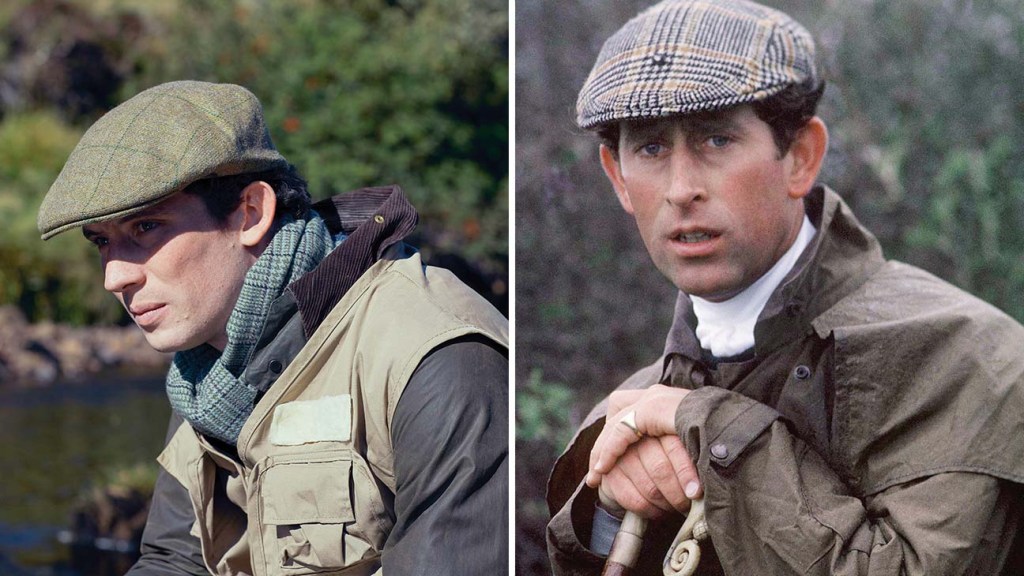 Though the 1980s are long gone, the elements of Charles’ and Anne’s signatures still provide inspiration for current fashions. “It’s funny, any job I do, there seems a connection, whatever era,” says Roberts. “I think one’s antennae is tuned into whatever world you’re creating. So all I see are double-breasted suits and floral prints.” Indeed, Charles’ low four-button double-breasted jackets with peak lapels and, often, patch pockets seem to be having a bit of a revival, with similar styles at upscale retailers such as Mr Porter from the likes of Brunello Cucinelli, Lardini and its own Kingsman line inspired by the film series. And florals continue to animate trendy women’s collections, from Gucci to Le Double J as well as the work of London’s Richard Quinn, who lured a different kind of real-life queen to one of his recent catwalk shows, sitting in the front row right next to newly crowned Conde Nast chief content officer Anna Wintour. 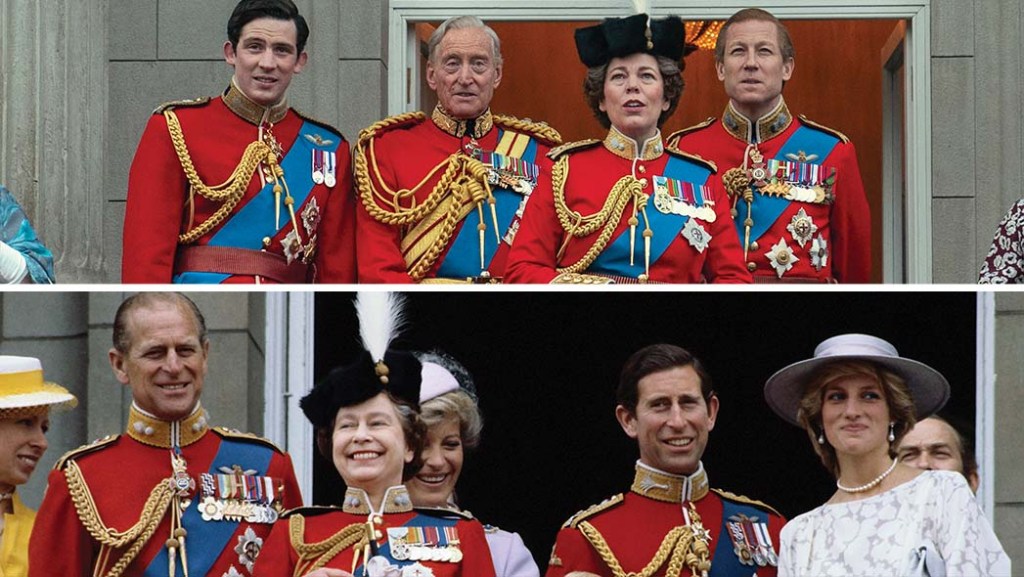 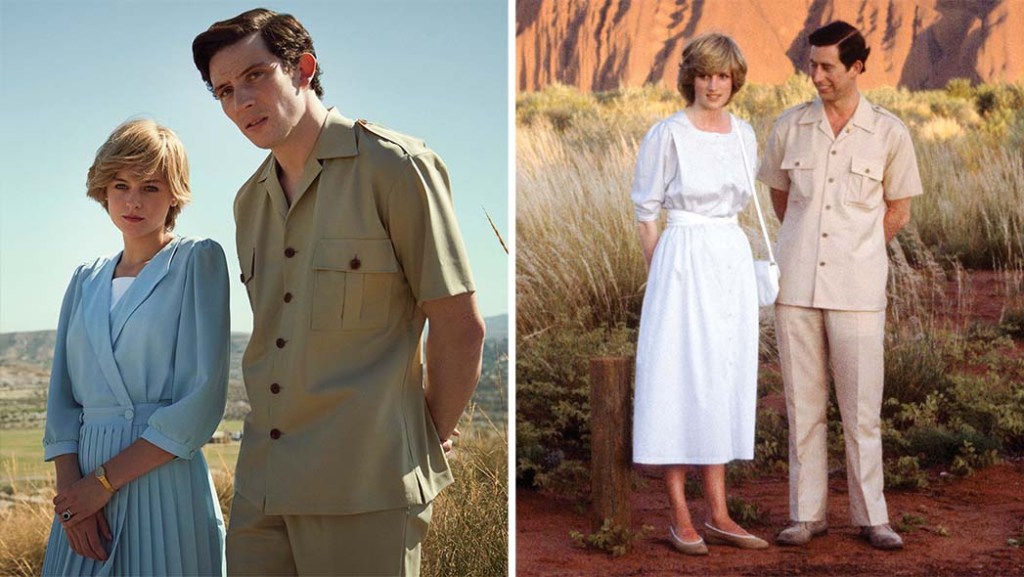 Looking at the well-heeled years portrayed in the most recent season of The Crown, perhaps what is most striking is how casual clothing is today, some 30-odd years later. Back then, each of the characters had the correct attire for work, for participating in sport (fly-fishing for Charles, riding for Anne) and for leisure. Now with everything a bit blurred, it’s “sweatpants forever,” as they say, with the rise of working from home and a more egalitarian sensibility overall that perhaps precludes excessive preening. And it’s only been exacerbated by the COVID-19 pandemic and months and months of being housebound — some of which were spent, presumably, watching the show’s fourth season.

“I wonder if, when we are released from this COVID world, people won’t suddenly go mad and wear suits and heels to parade the streets again,” Roberts muses, adding that though she doesn’t yearn for the past, she felt the weight of what she was doing.

“I did grow up in the era of seasons three and four,” she says, “and I did feel a real need to somehow capture the feel and ‘color’ of that time as I remembered it. It felt like a responsibility almost.” 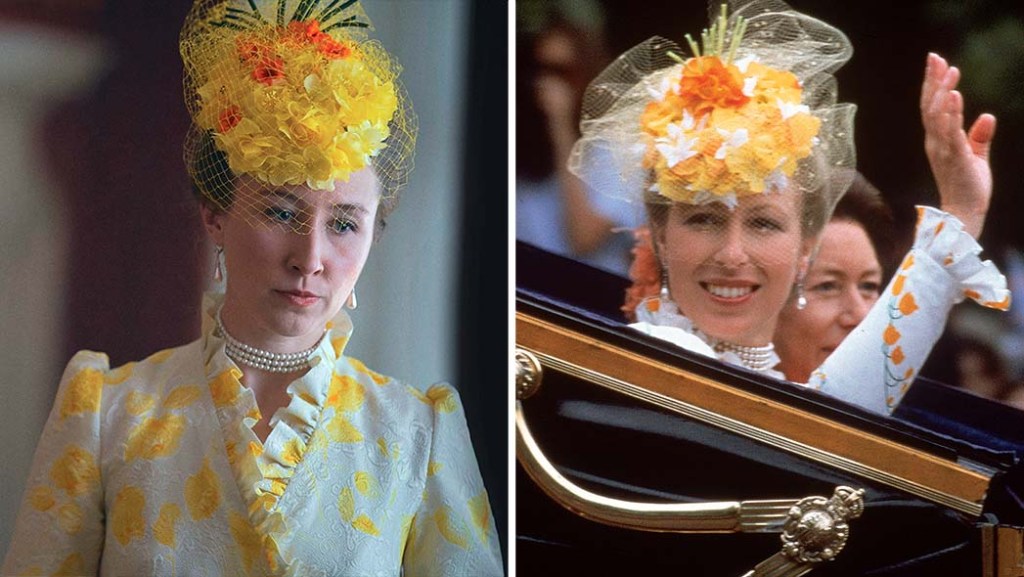 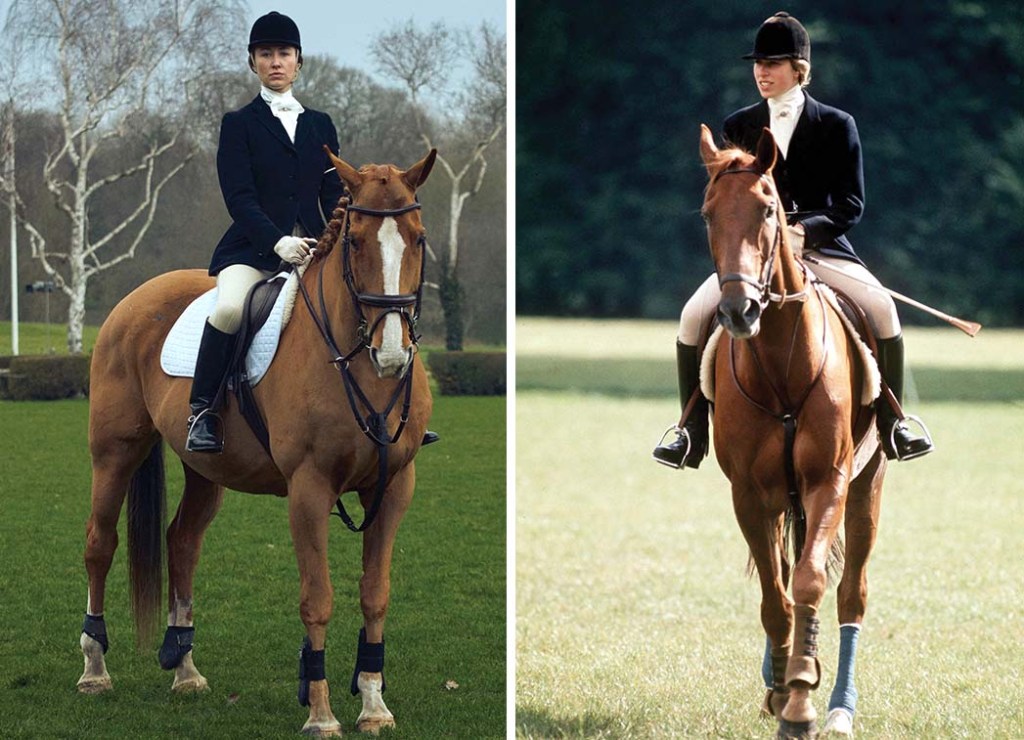 This story first appeared in a January standalone issue of The Hollywood Reporter magazine. To receive the magazine, click here to subscribe.