‘I Want to Be Where the Normal People Are’ Book Excerpt: Rachel Bloom Details Pitching ‘Crazy Ex-Girlfriend’

Rachel Bloom brings humor and transparency to her debut book, I Want to Be Where the Normal People Are (Grand Central Publishing), a collection of comic essays, accounts of her childhood, school years and her journey into Crazy Ex-Girlfriend success.

In the book, out Tuesday, Bloom particularly opens up about her mental health journey, including experiencing the onset of obsessive-compulsive disorder. “When I was working on the ‘Jafar and the Wet Bandits’ chapter, I turned in that chapter a day before I was induced and the second I was induced, I started to have kind of those feelings again, intrusive thoughts. It just sometimes comes in when a big life event is about to happen,” Bloom told The Hollywood Reporter. “I had to step back from the book because I had suddenly been writing so much about this. It made me actually more in my head, which is always the slight danger about writing too much about one’s mental health.”

In one moment of the chapter, Bloom recalls feeling elated after learning she was able to pitch Crazy Ex-Girlfriend, until the excitement began morphing into what she called “the bad,” leaving her unable to sleep as her mind raced with anxiety and intrusive thoughts. “In dealing with that part of myself, I could then actually go back to that chapter and just remind myself, this is not a thing that’s gone for good. It’s just something that sometimes happens in my mind. That’s the way my brain is and that’s okay,” Bloom said.

Below, The Hollywood Reporter shares an excerpt.

Then in May 2013, I received an email that would change my life forever: the screenwriter Aline Brosh McKenna had seen my music videos and wanted to discuss doing a potential musical TV show with me. Within ten minutes of us meeting, Aline pitched me the idea of Crazy Ex-Girlfriend, I went nuts for it, and we were off to the races. In what seemed like seconds, she and I had a full pitch for a television show.

I couldn’t contain my excitement the night before the first round of pitches. This was it. It was all happening for me. All I had to do now was not fuck up the pitch, and—Oh shit, it’s already 12:30 a.m.?!

I put my head down on the pillow to go to sleep. Nothing happened. As minutes passed and I still wasn’t asleep, I panicked. “Oh God. What if I don’t sleep so I’m too tired tomorrow and I fuck up the pitch and it ruins my life?” You would be right in remarking that I took it from A to C real quick.

And just like the night before fourth grade, I didn’t sleep at all the night before the Crazy Ex-Girlfriend pitches. When I met up with Aline the next day, I looked like I had been hit by a truck. When I told her that I didn’t get any sleep the night before, she said, “Oh, honey, that’s just nerves, you’re gonna be great!” Not knowing me well then, she thought it was just “nerves.” If only. I longed for the “nerves” that normal people felt.

But Aline was right. I DID do great in the pitches because adrenaline pushed me through the fatigue. But this didn’t help me feel better. Delirious from the lack of sleep the previous night, I feared what would happen if I, once again, couldn’t sleep. That night, the fear of not sleeping kept me from sleeping. Panicked, I took a Benadryl, and when that didn’t work, I contacted a twenty-four-hour house-call doctor I found on Yelp to prescribe me a single sleeping pill. I’d never taken sleeping pills before, but I was desperate. I drove to the pharmacy, picked up my single sleeping pill, and then, chickening out, cut it in half. After all, what if the sleeping pill made me addicted? That’s how sleeping pills work, right?

With some Benadryl and half a sleeping pill in my system, I still couldn’t sleep. At 6:00 a.m., I called my friend Dan in a panic. Dan was a doctor doing his residency on the East Coast, so I knew he’d be up. I sobbed to him on the phone: What’s wrong with me? Why am I broken? Whatever The Bad was, it had combined with insomnia to form a superstorm of depression and dread and panic. It was like this movie franchise had really gone off the rails and Jafar had fucked the Wet Bandits and it had also been a threesome with Voldemort and the baby that resulted from it was me.

After Dan talked me down a bit he told me to get back into my real bed; I’d been sleeping on a mattress on the floor of the office so as not to wake Gregor with my insomnia. When I got into bed with Gregor and he saw the state I was in, he said to not worry about sleep, just try to rest. Those were the first words of comfort I’d heard in days. Taking away the pressure to sleep was the only way I finally fell asleep. It was only for three hours, but it was something.

Excerpted from the book I WANT TO BE WHERE THE NORMAL PEOPLE ARE by Rachel Bloom. Copyright © 2020 by Handsome Iguana, Inc. Reprinted with permission of Grand Central Publishing. All rights reserved. 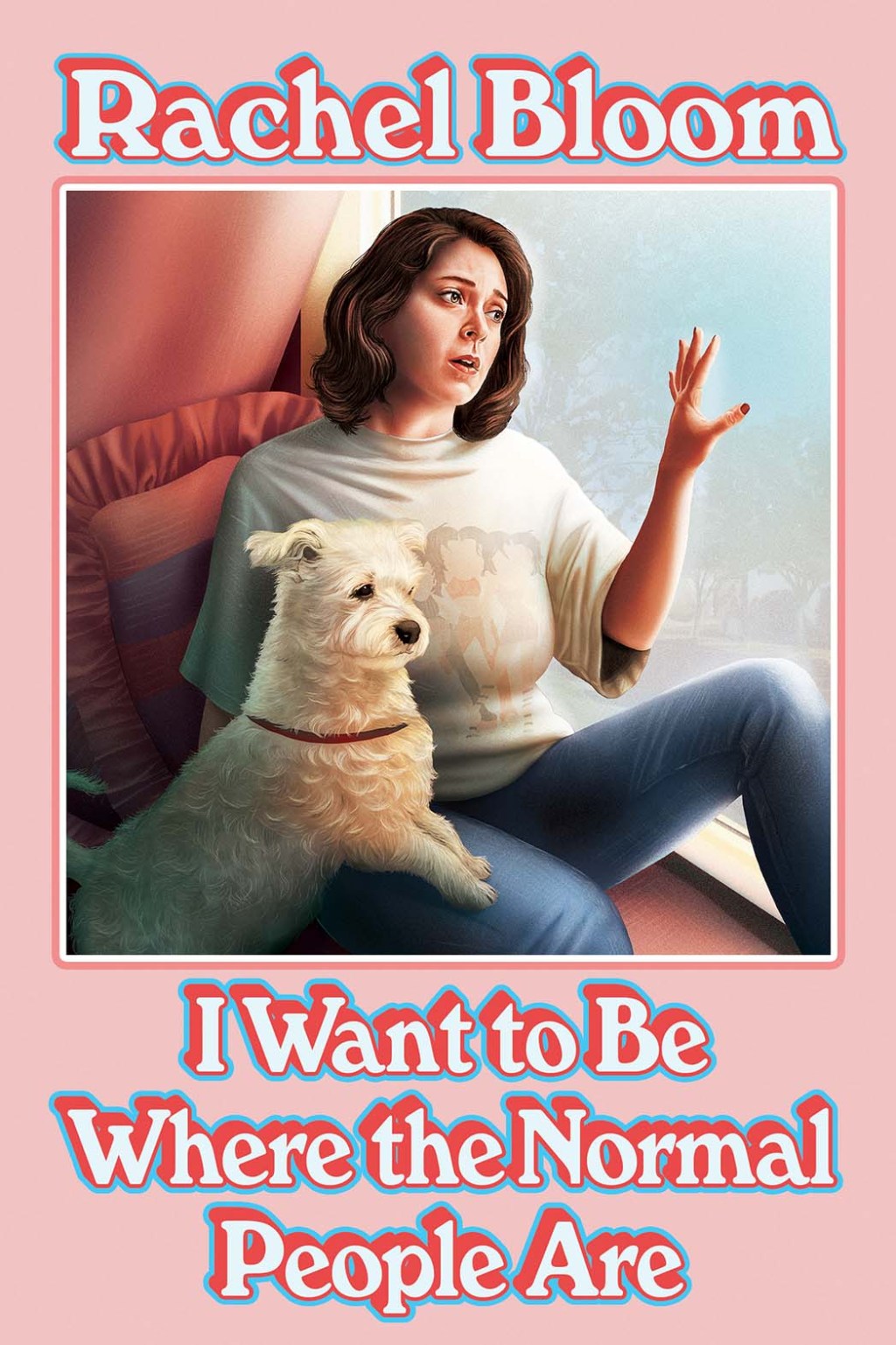