A cast of whimsical cartoon characters and a phalanx of bright red shipping containers have transformed a building at the north end of Rodeo Drive into a retail wonderland. Opened on Feb. 6 in Beverly Hills, the pop-up space is dubbed the Louis Vuitton Men’s Temporary Residency and is the brainchild of Virgil Abloh, the French luxury brand’s men’s artistic director.

Atop the building, located at 468 North Rodeo Drive, sits an inflatable dragon character in a green shirt, while windows are covered in vinyl red, black and white graphics, including huge QR codes. Fans of LV can scan the codes to enable a Snapchat filter that brings the cartoon characters to life as people enter the building. 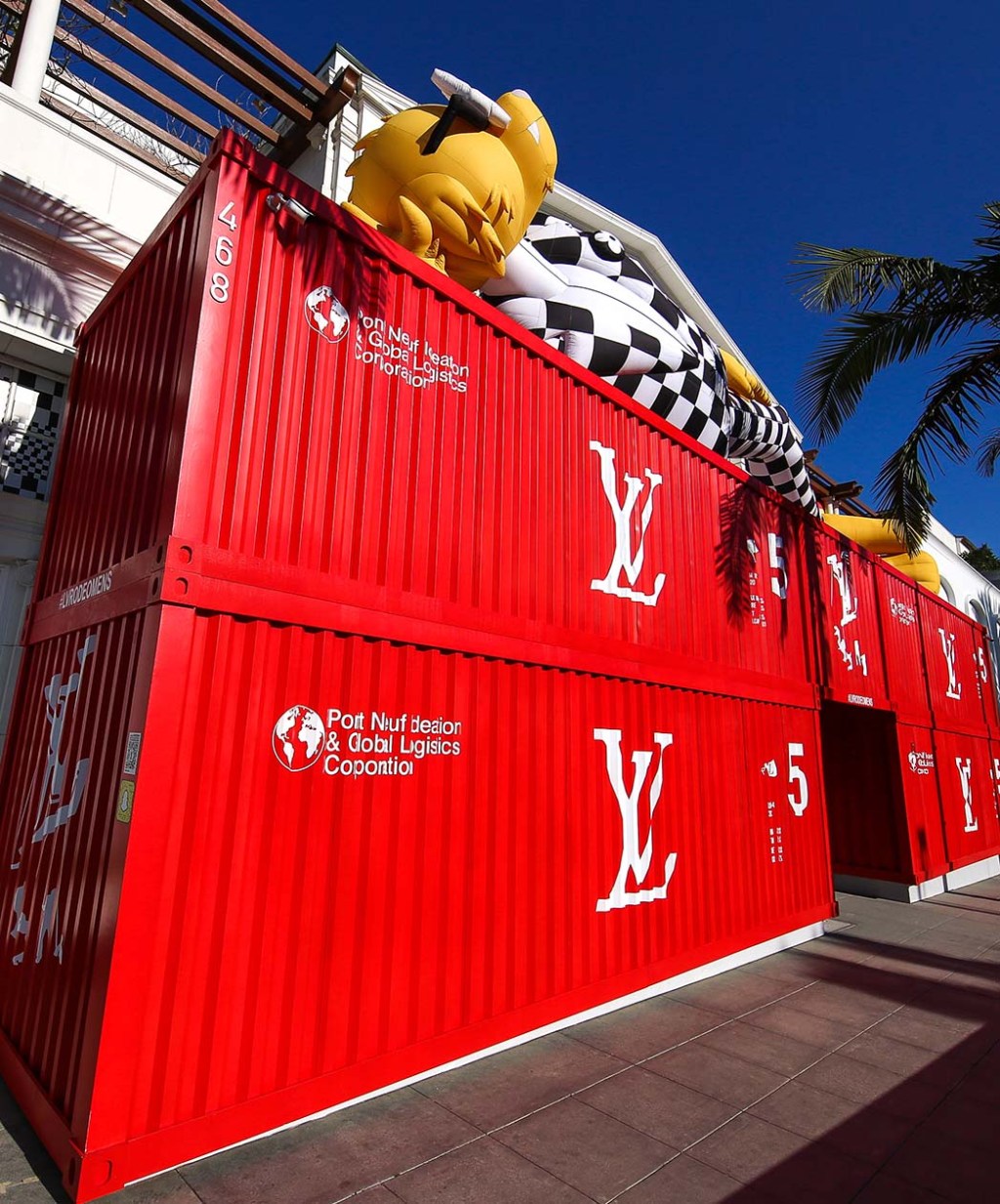 Inside is a 1,600-square-foot showcase of the Louis Vuitton Men’s Spring-Summer 2021 collection, which is staged inside crimson shipping containers. Video of LV menswear imagery plays on a huge screen along one wall.

The pop-up — which runs through early March and is open to the public with timed reservations — is the latest stop in a world tour that has already touched down in Shanghai, Tokyo and Miami.

The cartoon characters first appeared in a three-minute video, combining live action and animation, directed by Abloh last July, titled The Adventures of Zoooom With Friends. In it, the dragon, along with an orange dog named Joe, a frog, and a sax-playing scarecrow, hide away as stowaways in LV-emblazoned shipping containers and embark on adventures. The video currently has 3.5 million views on YouTube. 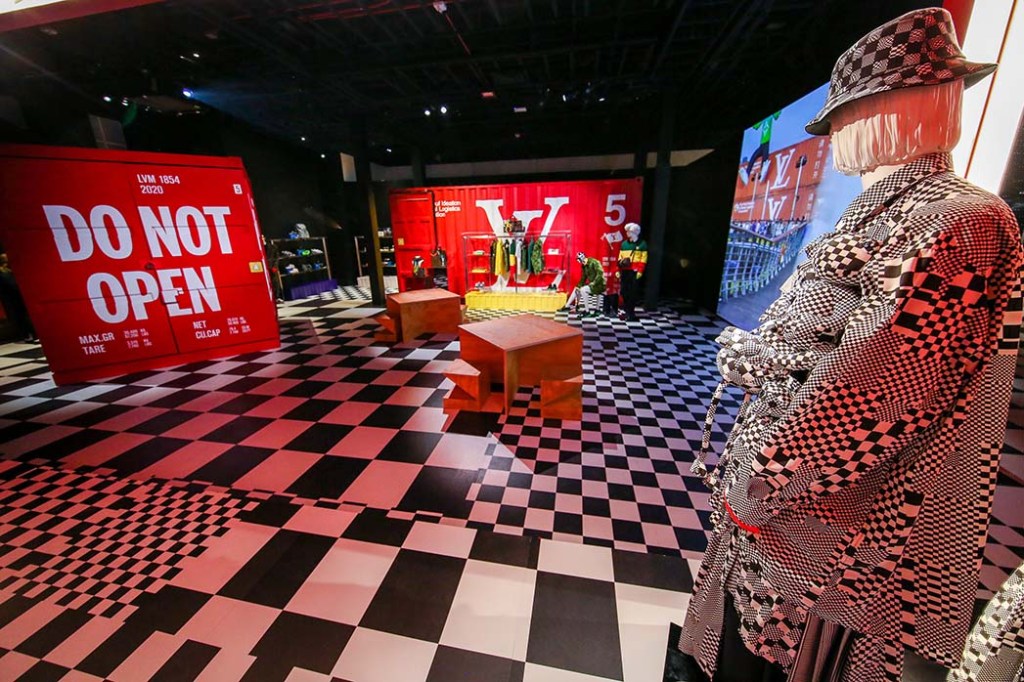 The cartoon characters have also now shown up in Louis Vuitton’s latest men’s accessories collection, such as a new stuffed-animal-like Croco Bag in cotton and leather (which retails for $4K) and are emblazoned on items including wallets.

A statement from Louis Vuitton says that the collection featured at the Beverly Hills Temporary Residency is based on four different methods of upcycling: “new looks made from recycled material, looks repeated from the Fall-Winter 2020 collection, looks freely created by the studio during the lockdown using recycled material, and new looks created from existing ideas.”