Nick Cordero, the charming Tony-nominated actor known for his work in Bullets Over Broadway, Waitress and A Bronx Tale the Musical, died Sunday after a grueling battle with the novel coronavirus, his wife announced. He was 41.

Since being diagnosed with what was thought to be pneumonia in late March, the Canadian actor spent weeks in intensive care at Cedars-Sinai Medical Center in Los Angeles, had his right leg amputated, lost more than 60 pounds and was hoping to receive a double-lung transplant.

Cordero had come to L.A. to star as Bourbon Room owner Dennis Dupree in an immersive adaptation of the long-running Broadway hit Rock of Ages in a new space on Hollywood Boulevard. He had played the role years ago in a national tour and on Broadway, and the new version of the musical opened in January.

Survivors include his wife, fitness instructor and former Broadway dancer Amanda Kloots, who chronicled his health struggles on social media, and their son, Elvis, born in June 2019. A GoFundMe page has been set up to help the family.

“God has another angel in heaven now,” Kloots wrote on Instagram. “My darling husband passed away this morning. He was surrounded in love by his family, singing and praying as he gently left this earth.

“I am in disbelief and hurting everywhere. My heart is broken as I cannot imagine our lives without him. Nick was such a bright light. He was everyone’s friend, loved to listen, help and especially talk. He was an incredible actor and musician. He loved his family and loved being a father and husband. Elvis and I will miss him in everything we do, everyday.”

In 2014, Cordero received a Tony nomination and a Theatre World award for his tap-dancing turn as the ghostwriting crook Cheech in the musical adaptation of Woody Allen’s Bullets Over Broadway. (Chazz Palminteri had earned an Oscar nom for his performance as Cheech in the 1994 movie.)

In his review, THR‘s David Rooney gave Cordero high marks, noting “an easygoing confidence in the Bobby Cannavale vein that’s refreshing amid so much strenuous mugging, and he leads his gangster cronies in a fun tap number to ‘Tain’t Nobody’s Biz-Ness If I Do.’ It also helps that Cheech is the most distinctive character — an unrepentant assassin who turns out to be the most natural artist of them all.”

In 2016, Cordero played Earl Hunterson, the deadbeat husband of Jessie Mueller’s Jenna, in the hit Waitress, then left after a few months to star as Sonny — another gangster character made famous by Palminteri — in A Bronx Tale the Musical, co-directed by Robert De Niro. Rooney wrote that Cordero “steals the show” and “perfectly balances charm and menace in his compelling performance.” 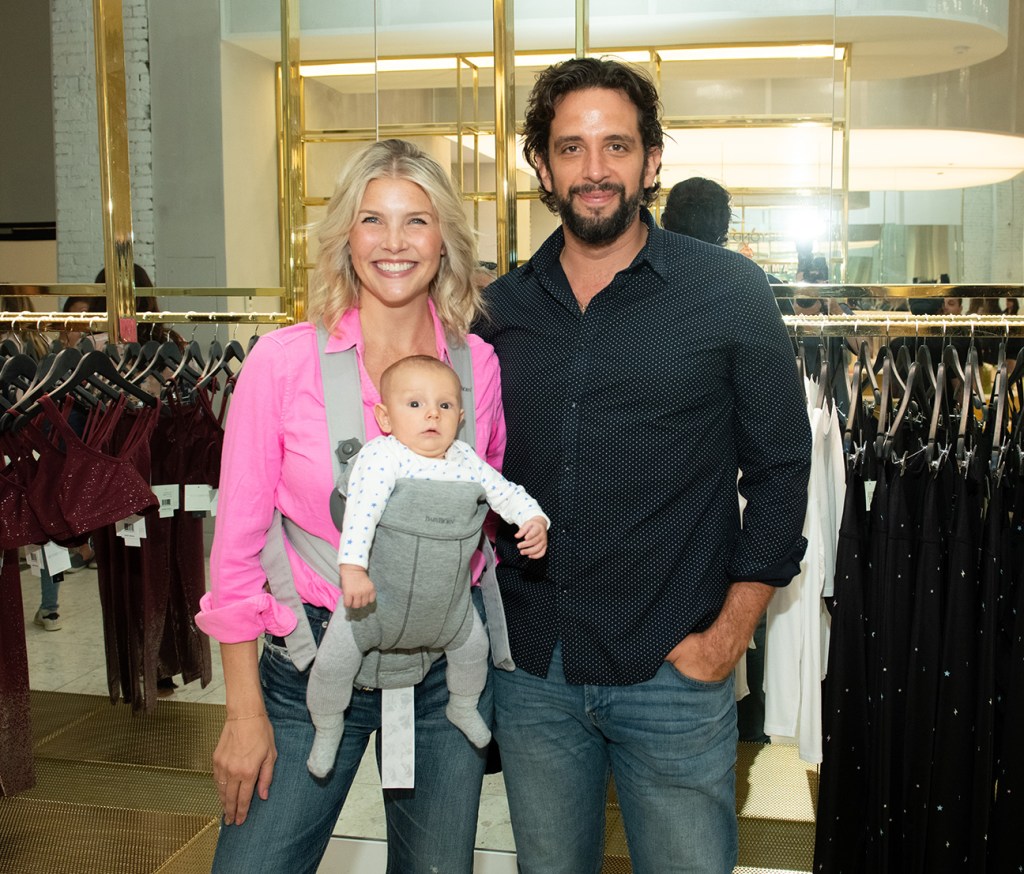 Born on Sept. 17, 1978, in Hamilton, Ontario, Cordero attended Ryerson University in Toronto for two years before quitting to sing in a rock band called Lovemethod. “My parents were trying to put two other kids through college, so they were like, ‘Great!’” he quipped in a 2014 interview.

He played Tony in a Toronto production of Tony n’ Tina’s Wedding and in 2009 attracted attention when he starred in the title role of the rock musical The Toxic Avenger, an off-Broadway take on the 1984 film.

Cordero landed the part of Dennis in a national tour of Rock of Ages, then bowed on Broadway in the ’80s-set musical when he joined the cast at the Helen Hayes Theatre in 2012.

In 2018, he starred as sadistic dentist Orin Scrivello in Little Shop of Horrors at the Kennedy Center in Washington.

On television, Cordero played Victor Lugo, who led a gang of car thieves, on three episodes of the CBS drama Blue Bloods, and his film résumé included Going in Style (2017), directed by Bullets Over Broadway co-star Zach Braff.

Cordero, his wife and son had been staying at Braff’s guest house in L.A. while they were house-shopping when he became ill. “He’s a very beloved man, one of the kindest people you’ll ever meet,” Braff told THR in April.

God has another angel in heaven now. My darling husband passed away this morning. He was surrounded in love by his family, singing and praying as he gently left this earth. ? I am in disbelief and hurting everywhere. My heart is broken as I cannot imagine our lives without him. Nick was such a bright light. He was everyone’s friend, loved to listen, help and especially talk. He was an incredible actor and musician. He loved his family and loved being a father and husband. Elvis and I will miss him in everything we do, everyday. ? To Nicks extraordinary doctor, Dr. David Ng, you were my positive doctor! There are not many doctors like you. Kind, smart, compassionate, assertive and always eager to listen to my crazy ideas or call yet another doctor for me for a second opinion. You’re a diamond in the rough. ? ? I cannot begin to thank everyone enough for the outpour of love , support and help we’ve received these last 95 days. You have no idea how much you lifted my spirits at 3pm everyday as the world sang Nicks song, Live Your Life. We sang it to him today, holding his hands. As I sang the last line to him, “they’ll give you hell but don’t you light them kill your light not without a fight. Live your life,” I smiled because he definitely put up a fight. I will love you forever and always my sweet man.

Kimberly Nordyke contributed to this report.