“Jerry Herman was an artist,” musical director Andy Einhorn says of the late composer behind Hello, Dolly! and many more Broadway musicals. “He was full of life; he was full of optimism; he was full of hope and joy and all of those things that made people go see his shows and feel so much better about living because he projected that through his music and his words.”

On Jan. 10, the first theatrical tribute to Herman since his death on Dec. 26, 2019, directed by Einhorn, will premiere virtually with a streaming recording from the Pasadena Playhouse.

Born in 1931, Herman burst onto the musical scene in 1961 with Milk and Honey, followed by 1964’s Hello, Dolly!, which swept the Tony Awards that year, winning 10 of its 11 nominations. That smash then segued to another blockbuster, Mame, starring Angela Lansbury, and La Cage aux Folles, among other hit musicals.

The Pasadena Playhouse tribute, titled You I Like, has been in the works for over a year, blossoming out of an earlier incarnation at the 92nd Street Y in New York. Says Einhorn, “There’s a series there called Lyrics and Lyricists. It was started about 50 years ago to celebrate lyricists and the writing of their craft and in the original series it was Stephen Sondheim, Jerry Herman, Sheldon Harnick; you had all of the Golden Age of musical theatre going on stage talking about their work and then people would perform it. Over the years, obviously as many of them unfortunately got older or passed away, [the series] took on a different life and an artist such as myself would come in and create a presentation.” 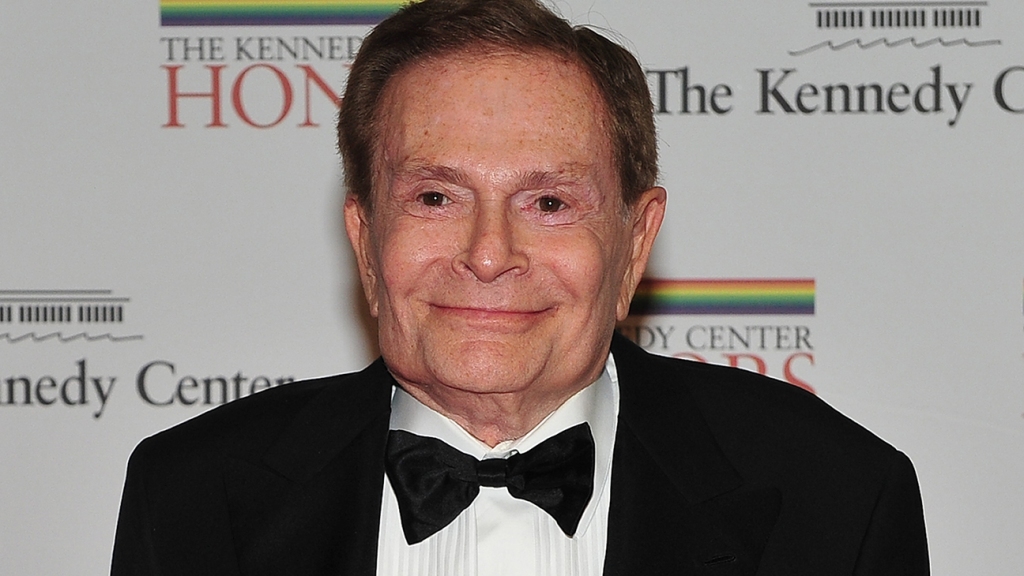 Einhorn got to know Herman while serving as musical director on the hit 2017 Broadway revival of Hello, Dolly! that starred Bette Midler, though Herman was in poor health at the time. Einhorn was an obvious choice to direct a Lyrics and Lyricists tribute to the famed composer, and when Herman passed, the tribute acquired new meaning.

“Suddenly this evening about him took on more life,” says Einhorn. “Suddenly there was this feeling of needing to do a tribute that wasn’t a memorial but a celebration of who Jerry was an artist, to let people in, sort of open the book as it were, on who Jerry Herman was as an artist.” 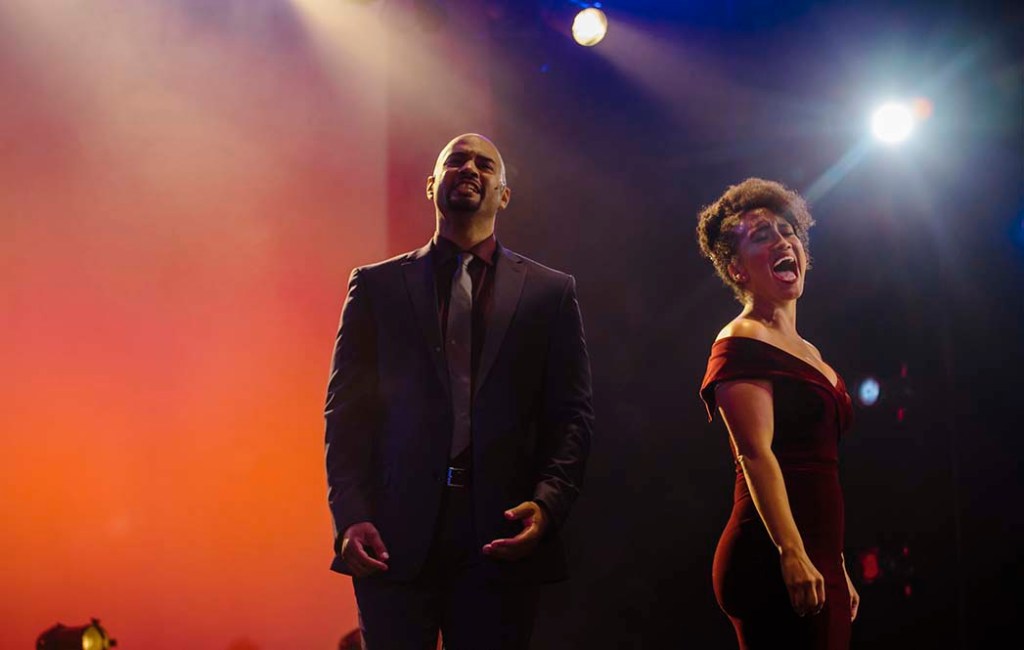 Not long after the performance, coronavirus hit and theatrical venues across the U.S. were scrambling to put together virtual content. “I convinced the 92nd St. Y to air our evening,” Einhorn recalls, but he notes that the taping hadn’t been intended for this purpose. “I mean it was a really rough sort of archival performance and, you know, shot from the distance.”

But, as many pandemic miracles seem to go, Einhorn was set to direct a show at Pasadena Playhouse this summer and someone from the theater happened to see the virtual tribute. Impressed by the performance, the Pasadena venue, which powers a digital streaming platform for nonprofit theaters called PlayhouseLive, offered to help Einhorn film You I Like in a high-quality recording.

“It’s really a second chance,” Einhorn says. “As artists, those of us who spend their lives doing live performance, to get to visit something again and refine it and hone it is something so rare. We go up on stage, we perform, the curtain comes down, the lights go off and you go home and then that performance is over. So, the joy of this moment, if I can turn lemons into lemonade, is that live artists are now being given the chance to create content that will live on but also still capture performance in a very electric and alive way.”

The recorded tribute, condensed into a 90-minute show, stars Ashley Blanchet, Nicholas Christopher, Lesli Margherita, Andrea Ross and Ryan Vona. Opening night will include special tributes from Bernadette Peters and David Hyde Pierce, both of whom starred in the Tony-winning 2017 Hello, Dolly! revival. Tickets to opening night are $29.99 and will feature a virtual red carpet; the recording will then be made available on demand for $24.99 through Feb. 7.

Einhorn does note that recorded performances do not represent a replacement for live theater: “It can have a danger to it. For those of us who are used to ‘you do it that night, okay maybe it wasn’t your best, but guess what, you get another chance tomorrow night on stage,’ there is a bit of terror, a fear factor of watching something and knowing that this is now the version that’s going to be captured and it will be out there for people to watch. There’s also something of taking that risk and taking that leap and knowing that ultimately we’re serving the art and we’re serving the music. What comes across in this performance is there is so much love, there is so much heart and there’s so much truth to what is happening on this stage.”

The past year has been especially challenging in the theater community, as live performance across the globe has all but disappeared due to the pandemic. Einhorn recalls feeling overwhelmed when he was finally able to return to a theater for the first time.

“We bubbled up together and we did all the testing, and it felt incredibly safe,” he says. “It was an incredibly emotional experience to walk back into a theater again, with the ghost light on stage and all those empty seats and to think, ‘Gosh, we’re being robbed of this experience right now.’ So, to do this for people, why not embrace this head on and be able to capture it this way?” 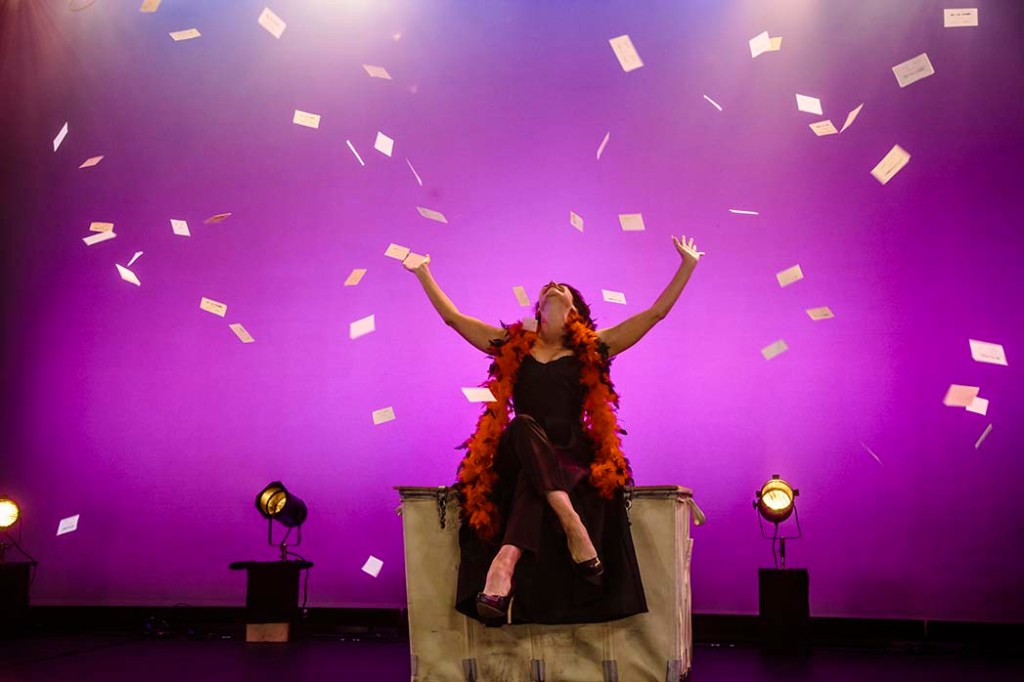 As with all filming at the moment, the coronavirus pandemic creates a number of barriers: “There were definite challenges,” Einhorn notes. “In between takes, everybody’s back in their mask, you had to be very careful about how you were approaching people and the camera crew was enormously respectful. If it was the old days, everybody’s eating inside the theater. Now you don’t do that, you have to go outside to eat and there’s a COVID marshal to deal with all the protocols. But as my friends in L.A. are learning, or friends in New York who are shooting TV shows, this is part of what we’re going through right now. The beauty of life is that we’re malleable and we have to learn to become even more flexible and grateful for the things that are coming at us right now. That’s the biggest takeaway in this moment, how we hold onto what we love to do and embrace and cherish that.”

Virtual performances will never replace live theater, but their ability to bring people together in a time when so many are forced to be apart truly embodies the spirit of Herman’s work.

“When we did [the tribute] at the 92nd St. Y, there was a woman who is probably in her late 80s who came up to me at the stage door after the first night,” Einhorn recalls. “She said, ‘I’ve never been so moved by watching a tribute to an artist that I wish I knew more about’ and then I found out that she had gone to the box office right as it was over and bought a ticket to sit in the front row for the next four shows. She came to every single performance.”

“It was a very cathartic experience,” he continues, “having done three years of work on Hello, Dolly!, to be able to do this deep dive into [Herman’s] life and to discover the sort of life lessons that were inside of this material. We have covered Stephen Sondheim extensively, we’ve covered Rogers and Hammerstein extensively, we’ve covered Lin-Manuel Miranda. But there’s a handful of these venerable theater artists that have never really been given their due and to have Pasadena Playhouse come to me and say, ‘we’d like to produce this, we want to give you this opportunity to get this out on a wider scale’ is really beautiful.”