Pierre Cardin, the Italian-born French designer of an eternal tomorrow who defined the futuristic look of the 1960s and revolutionized the business of high fashion, died today. He was 98.

Cardin died Tuesday at the American Hospital in Neuilly-sur-Seine, just outside Paris, his family told the Agence France-Presse.

During his seven-decade career, Cardin came to be known for his avant-garde creativity in both fashion and business, and his futuristic materials and stark silhouettes with geometric details became synonymous with the Space Age. A Cardin garment is unmistakable with its trademark minimalism and almost complete disregard for the female form; it is the antithesis of the womanly “New Look” pioneered by Christian Dior, with whom Cardin worked before founding his eponymous couture fashion house in 1950.

In describing his philosophy, Cardin often said, “My favorite garment is the one I invent for a life that does not yet exist, the world of tomorrow.” His designs, worn by the likes of The Beatles and Lauren Bacall, established a mod-chic aesthetic long before 2001: A Space Odyssey hit theaters in 1968. He was fascinated with the idea of space travel, often incorporating goggles and helmets into his looks, and he was the first civilian to try on Buzz Aldrin’s original space suit before designing his own version for NASA in 1970. 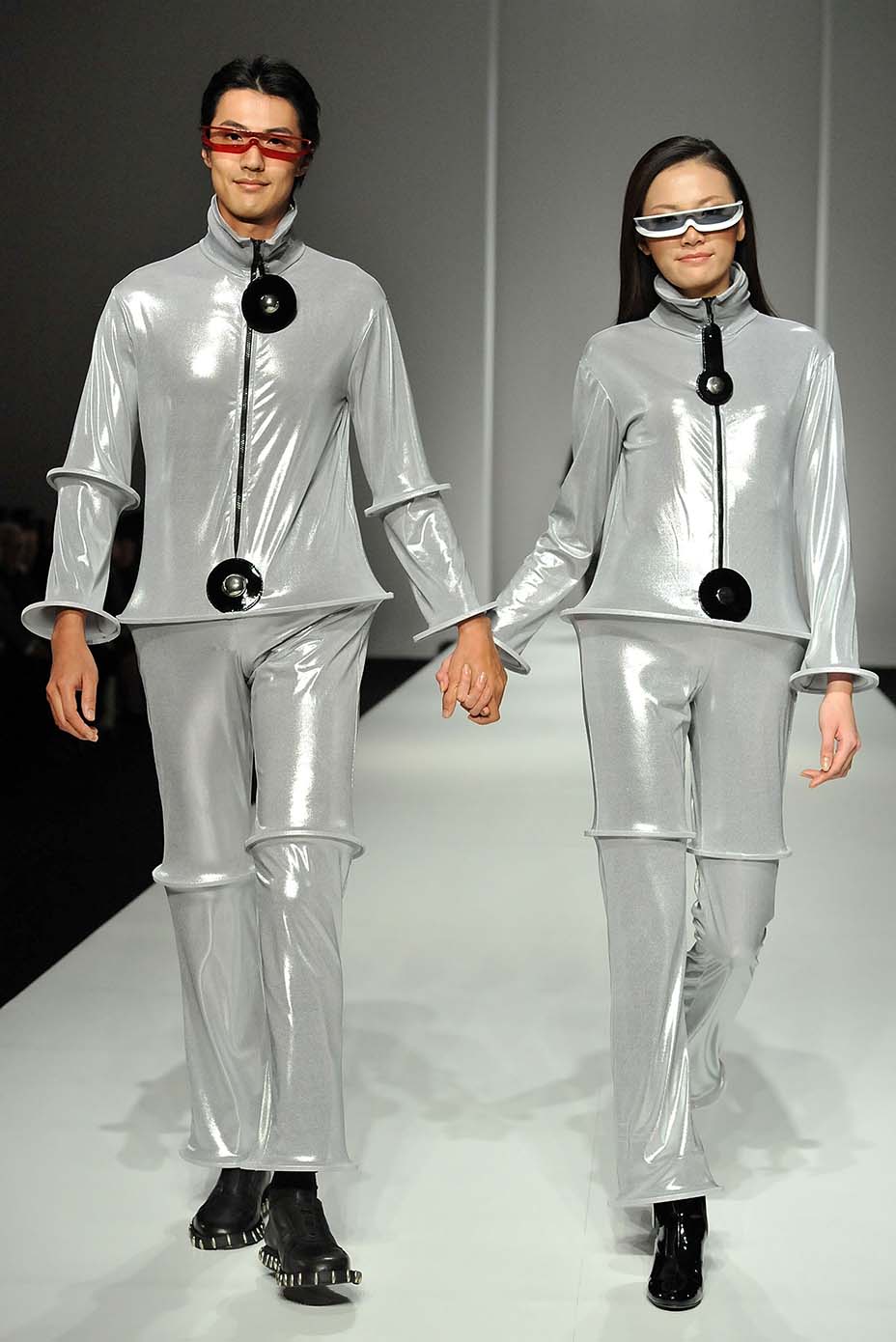 Cardin carried this sense of adventurousness into the business realm as well; his rejection of fashion’s traditional strategies ushered in a new era of accessibility in luxury design. He was the first major French couturier to sell ready-to-wear clothing in a department store and the first of his peers to grow his fashion house into an international empire of licensed products. And he was the first Parisian couture designer to create men’s clothing.

Today, he may be more known for his licensing deals than his fashion. There are more than 900 licensed Pierre Cardin products available in 140 countries, from cars, perfumes and sunglasses to bottled water, wine and pens. His business model ruffled feathers in the fashion community yet was widely imitated.

“Cardin created a brand — before that word was used as a business definition — and went on to break every code and development plan you would find in a manual about smart fashion management,” fashion critic Suzy Menkes wrote in Brazilian Vogue in 2014.

Pietro Cardini was born in northeastern Italy on July 2, 1922, and he spent his early years in San Biagio di Callalta, a small city near Treviso. His parents, both French, relocated the family to their homeland in 1924 to escape the threat of fascism. Cardin went to school in central France and showed an early interest in dressmaking even though his father, a wine merchant, wanted him to study architecture.

At 14, Cardin started work as a clothier’s apprentice and at 17 left home to work for a tailor in Vichy. He served in the Red Cross in World War II, but after the war, he longed for a return to fashion.

“I didn’t feel like continuing to be a Red Cross worker,” Cardin said in a 1998 interview with the Italian newspaper La Stampa. “A fortune teller — a 65-year-old woman in Vichy — read my cards and told me that I would be successful, exceptionally successful, and that my name would be known as far away as Australia. I thought she was crazy because, at that time, I didn’t have anything.”

In 1945, Cardin moved to Paris to continue his design career and found work in the Paquin fashion house, where he helped design dresses for director Jean Cocteau’s Beauty and the Beast (1946). He briefly worked for famed fashion designer Elsa Schiaparelli before joining Christian Dior’s newly opened eponymous couture house in 1947.

Cardin assisted with the creation of Dior’s revolutionary feminine, full-skirted New Look, often credited with revitalizing haute couture in France. Some members of the fashion press saw him as the Frenchman’s natural successor, but he left the House of Dior and launched his own brand in 1950.

His solo career took off in 1951, when he created about 30 of the costumes for a masquerade ball hosted in Venice by Spanish art collector Carlos de Beistegui. In 1998, Vanity Fair referred to the event at the Palazzo Labia as “one of the — if not the — most famous balls of the 20th century,” and it is still frequently referred to as the party of the century. Cardin began designing for men and presented his first women’s couture collection in 1953, soon becoming a member of the official association of French haute couture designers, the Chambre Syndicale.

He debuted what would come to be one of his most recognizable designs, the bubble dress, in 1954. The dress, with a fitted bodice and loose skirt that abruptly gathers at the hem, produces a “bubble” effect. The silhouette offered a novel twist on the full skirts that dominated evening wear at the time and remains popular today. Cardin also became known for his incorporation of unusual materials such as plastics, vinyl, industrial zippers, belt buckles and hammered metals in his designs.

A few years after he was allowed into the haute couture establishment, Cardin started to rebel against it, acknowledging the decline of haute couture and the potential value of pre-measured, pret-a-porter garments. After opening men’s and women’s boutiques (dubbed Adam and Eve in 1954 and 1957, respectively), he took over a corner of the Parisian department store Printemps for his Pierre Cardin collection in 1957 and was expelled from the Chambre Syndicale soon after.

“I am a reactionary. I always try to do the opposite of reality,” Cardin told The New York Times in 2002. “When I did the ‘P.C.’ logo, it was a scandal! I had a big ‘P.C.’ on my chest, and people said, ‘How dare you put your initials on a garment!’ And now it’s Chanel on the shoe, on the bag! We’re labeled to death!”

Despite losing the blessing of the Chambre Syndicale (later reinstated), Cardin’s star only rose. He presented women’s and men’s ready-to-wear collections and developed a stable of Hollywood clients. He told The New York Times: “Women came to Pierre Cardin for youth. I had Eva Perón, María Félix and Rita Hayworth as clients — the three grand dames of my time.” Cardin also dressed Bacall, who wore his fuchsia mini-dress with molded pyramid shapes in her 1968 CBS special Bacall and the Boys, and he created the collarless suits that The Beatles wore in the cover art for their 1963 single “I Want to Hold Your Hand.” Gregory Peck, Rex Harrison and Mick Jagger also were clients. 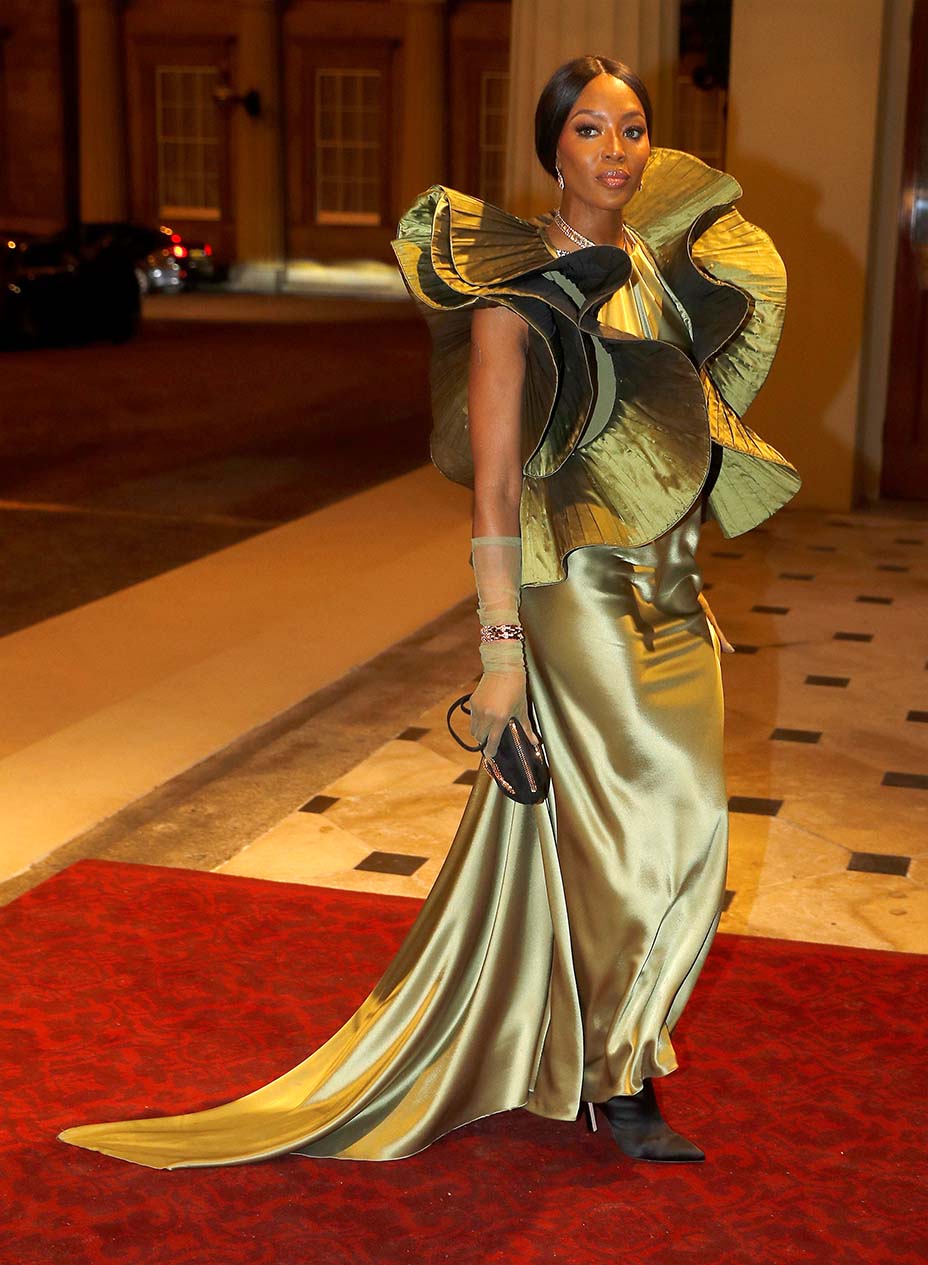 It was during this period that Cardin began to take on projects that were not strictly in the fashion realm — he indulged his obsession with space travel by designing his own version of NASA’s original space suit and was contracted to redesign the uniforms for Pakistan International Airlines, as well as the national costume of the Philippines (the Barong Tagalog), gaining international acclaim. He also was one of the five French couturiers who participated in the 1973 “Battle of Versailles,” which pitted the French fashion establishment against a new wave of American designers.

Though some saw his label’s ubiquity as a cautionary tale of an overstretched brand, Cardin remained confident in his business practices.

“I’ve done it all! I even have my own water! I’ll do perfumes, sardines. Why not?” Cardin told The New York Times. “During the war, I would have rather smelled the scent of sardines than of perfume. If someone asked me to do toilet paper, I’d do it.” 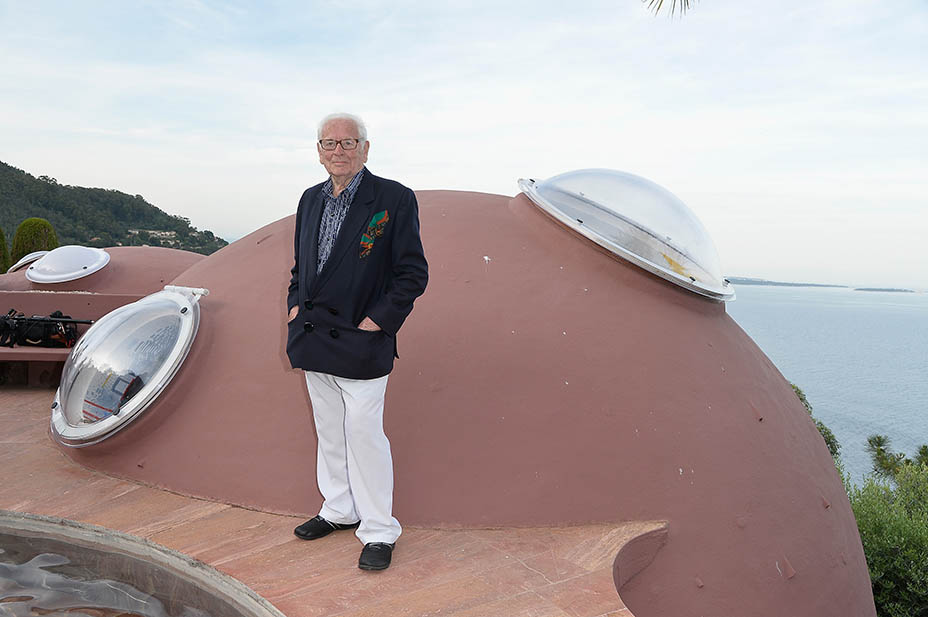 Cardin continued to release regular collections through the 1980s and ’90s as he built his business empire (buying and expanding Maxim’s restaurant and hotel franchise) and moved into the Palais Bulles (Bubble House) near Cannes. Meanwhile, he was named a UNESCO Goodwill Ambassador in 1991 after starting a variety of humanitarian projects for the victims of the Chernobyl nuclear disaster.

He attempted to sell his company in 2011, asking for more than $1.1 billion. The Wall Street Journal estimated the value at closer to $223 million, and Cardin did not find a buyer.

He had no known survivors.