When Rami Malek paired his Saint Laurent tuxedo with a vintage yellow-gold Pasha de Cartier watch from 1993 at the 2020 Oscars, it was in retrospect a hint at what the luxury brand had up its sleeve when it came to its new introductions this year: a new, unisex Pasha.

And so April 24, Cartier unveiled a complete update and redesign of the distinctively sporty Pasha, which was first introduced in 1985 and is now available in either steel or gold and in 35mm or 41mm sizing, with strap and bracelet options.

Today, the company, not known for using celebrities in its advertising, revealed something else as well: a cadre of entertainers have signed on as star ambassadors for the relaunch, including Malek, Game of Thrones star Maisie Williams, performers Willow Smith and Troye Sivan, and Chinese singer Jackson Wang. Cartier will also over the coming months roll out short films featuring its new faces. 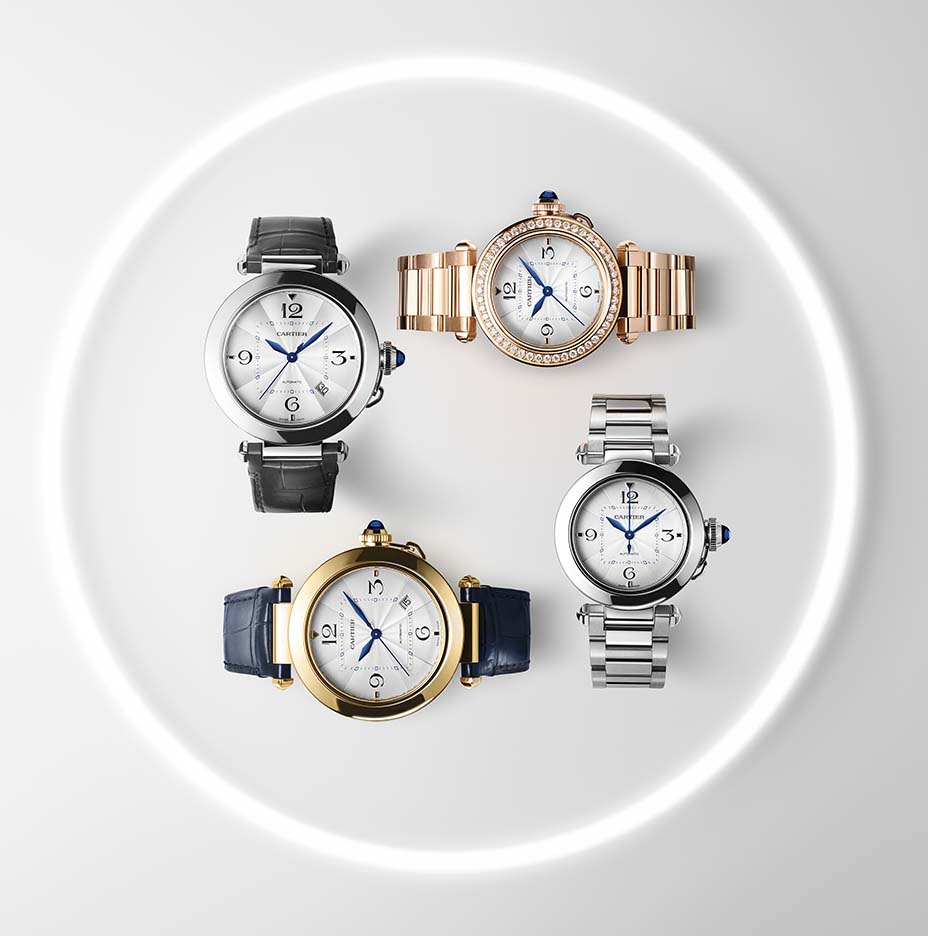 Among fans of the Pasha de Carter in Hollywood are Watchmen actress Regina King and television producer Danielle Claman Gelber. The latter, who bought a Pasha for herself to celebrate her work developing the Showtime series Weeds, says she has long admired the watch’s design: “It has a stand-alone Streamline Moderne quality to it that is, pun intended, timeless,” she says. “It’s an anything goes watch: sporty, unisex and elegant, day for night.”

The Pasha, originally designed by Gerald Genta, who also created such luxury sport watches as the Audemars Piguet Royal Oak and the Patek Philippe Nautilus, is known for its round case with a square inner chapter ring on the dial, its bold Arabic numerals at 12, 3, 6 and 9, and its screw-down crown. Available in the U.S. in early September (with prices starting at $5,700 and running up to $38,500), the automatic timepiece is water resistant to 100 meters and has a 40-hour power reserve. There are also diamond-set pieces and skeletonized versions in the new collection, and the 41mm versions include a date window. In a statement, Cartier’s Arnaud Carrez described the watch as having an “extroverted design” and “graphic nonconformism.”