“There is a sensory overload from the moment that you walk in the door, but in the best way,” says Rayni Williams. She’s describing the flagship office of The Beverly Hills Estates, home to the brokerage firm and private members club she’s just launched with her husband and partner, Branden.

The Williams & Williams duo, formerly of Hilton & Hyland, cleared $740 million in transactions in 2020, including sales for Danny Elfman and Bridget Fonda as well as Jason Statham (for whom they sold a home in Malibu for $18.5 million).

Last year, the couple — whose own home in Trousdale Estates was designed by Lenny Kravitz — struck out on their own, and are now settled in their two-story, 7,000-square-foot space at 8878 Sunset Blvd., formerly home to the gift store Aahs! Through their design firm, Disco Volante along with designer Victoria Gillet-Cohen, they have transformed it into a glam oasis of emerald greens, bright pinks and iconic Slim Aarons photographs, plus a player piano and taxidermy peacock. 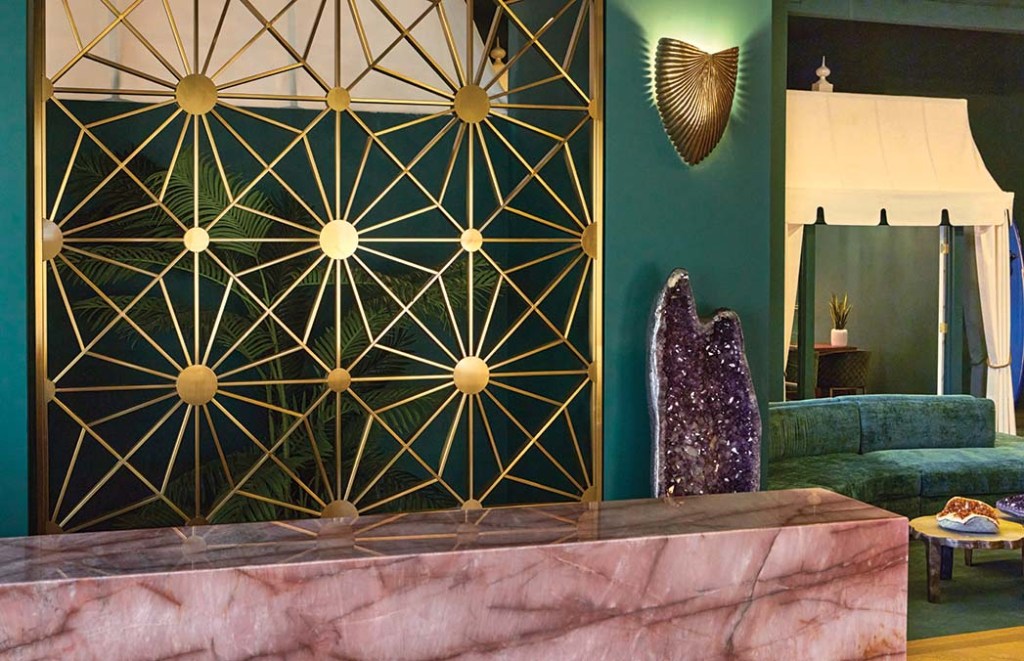 The pair — whose firm currently has 10 $25 million-plus listings — believe that The Beverly Hills Estates’ lush booths, private cabanas, and juice and coffee bars will be a place where club members including agents, architects, interior designers, landscape designers, photographers and other Angelenos who love design and real estate can mingle and hatch high-powered deals. (Memberships run $2,400 a year.) “After 15 years at different brokerages, I just wanted to have more style, more fun, more creativity,” says Branden, a former actor (Never Been Kissed, Will & Grace). “I felt like with our vision, what we do and who we are, I wanted something that really embodied us, that embodied glamour, that embodied smell, taste and sound.”

A holistic approach has long been a mainstay of the Williams & Williams agent team, who pride themselves on helping clients — who’ve included Jennifer Lopez and Bruce Willis — find not just houses, but also the best art curator or a unique upholsterer. “We never forget that our most prized possession is people,” says Rayni, a onetime E! receptionist who later sold mortgages. The two met while working together as junior agents. 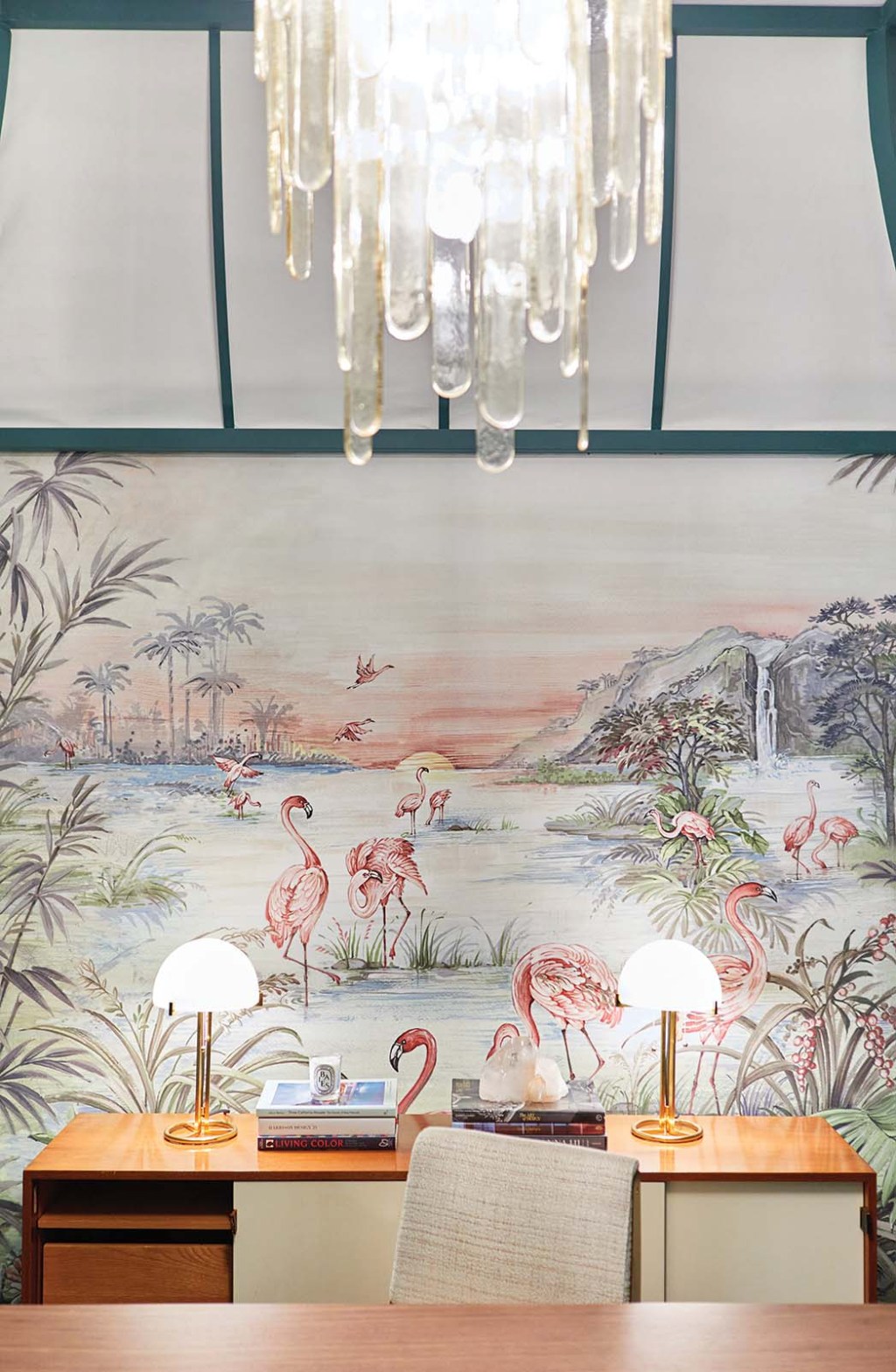 For the space, Rayni, a student of crystals for 20 years, imported orange Brazilian citrine (the stone of wealth and money) as well as rose quartz, situated in all four corners of the office, to open the heart chakra. Brazilian amethyst geodes, as tall as Rayni, stand at the entrance. “They’re for protection, for love, and for abundance. , And that is one thing that we are into really big — we believe that the universe is abundant,” she explains.

For them, these New Age touches are integral. “As much as people want to just roll their eyes when they hear crystals, I stand in the middle and I can feel myself in every direction just getting lit up by the energy. The goal of this office is to operate at a higher frequency consciously, creatively, financially,” Branden says. 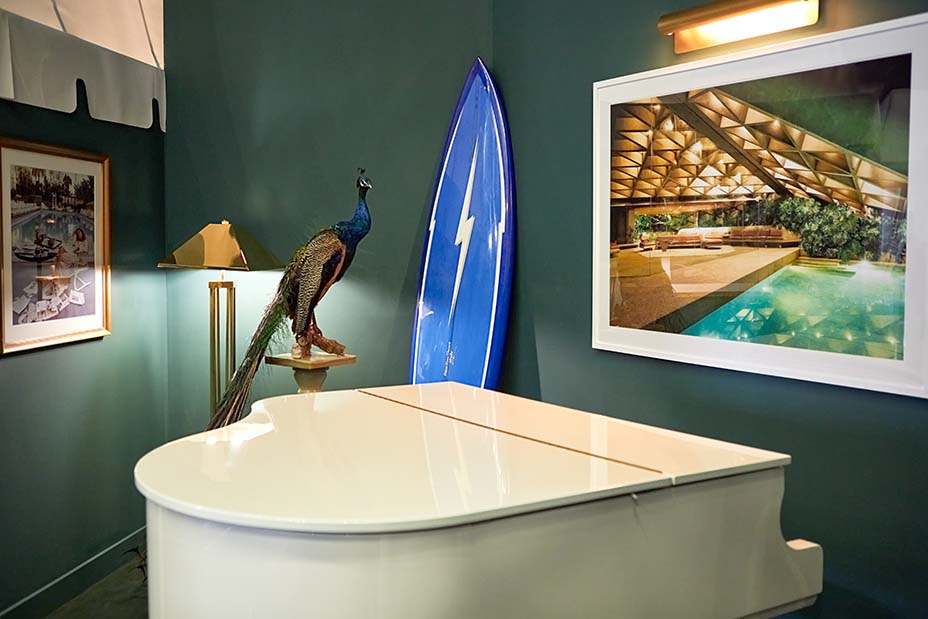 Continues Branden, “I think humility is key, and that’s what we really want to bring to this place. Remember that at the end of the day we’re all here to co-exist and to make each other feel better. And I think, really, the reason why people are attracted to Los Angeles and attracted to angels and stars is because angels are messengers. In the Bible angels are messengers. And I believe we are all angels. I believe if you are a true star, a true star reflects light, making other people shine. And that’s the vibe we want to create.”

There are currently 15 brokers at The Beverly Hills Estates, while the private club boasts 30 founding members. In the next two years, the couple hope to have five more clubhouses throughout L.A.

Those plans count on L.A. home prices continuing to spike, as they did in 2020. “We’ve seen the market soar some 13 to 15 percent higher than 2019. People have decided more than ever a splurge should be on their home. This is what we learned through the pandemic. We also know we are facing inflation, so tangible assets more than ever have become the forefront of everyone’s awareness. I think 2021 will be another extraordinary market.” 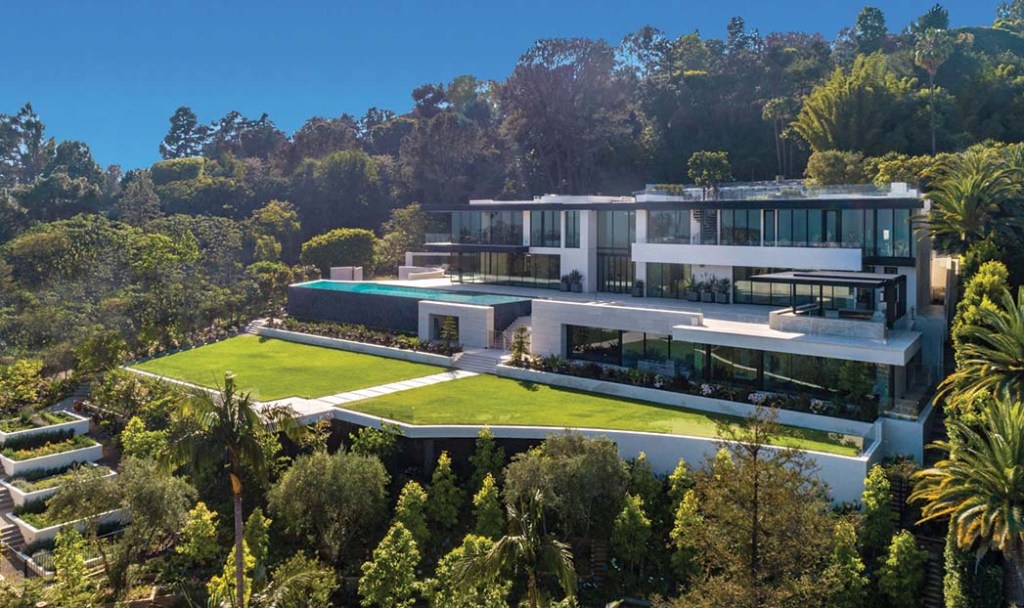 Their current listings include a mammoth nine-bedroom, 34,000-square-foot property built by plastic surgeon Raj Kanodia in Bel Air that’s on the market for $99 million, and a five-bedroom, 15,600-square-foot home (with a 15-car garage and multiple infinity pools) sitting above the Sunset Strip that’s listed for $62 million. 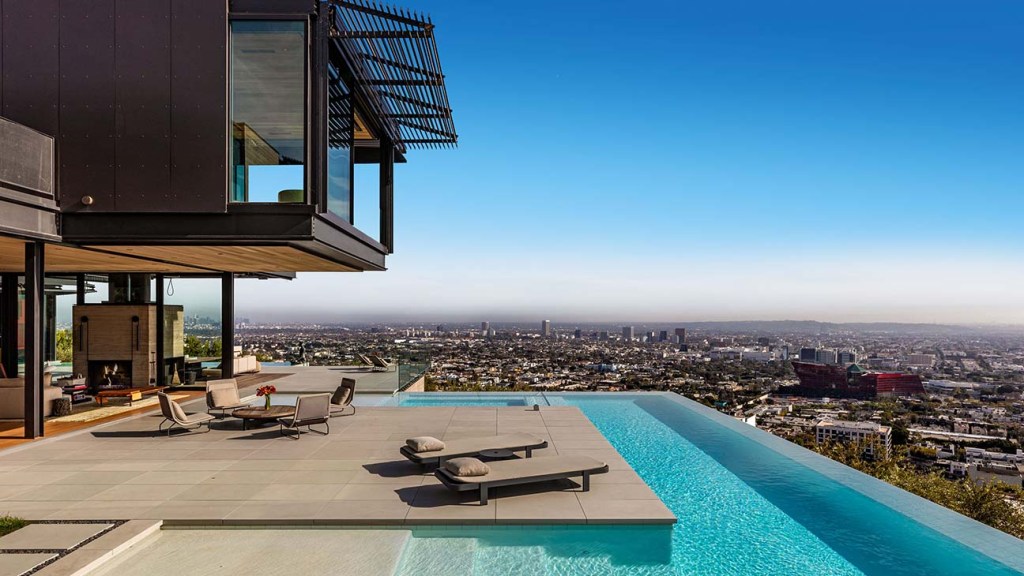 Adds Brandon, “I think what people realize during COVID is how important your home is. It’s your everything: a place to eat, sleep and enjoy yourself. I can’t predict 2021 but I could tell you the 100-year history of real estate, and it has its peaks and valleys. But there is one thing for sure: They’re not making any more real estate, and over the long play, it only seems to be going up.”

Updated 3/12/21: The name of designer Victoria Gillet-Cohen was added. 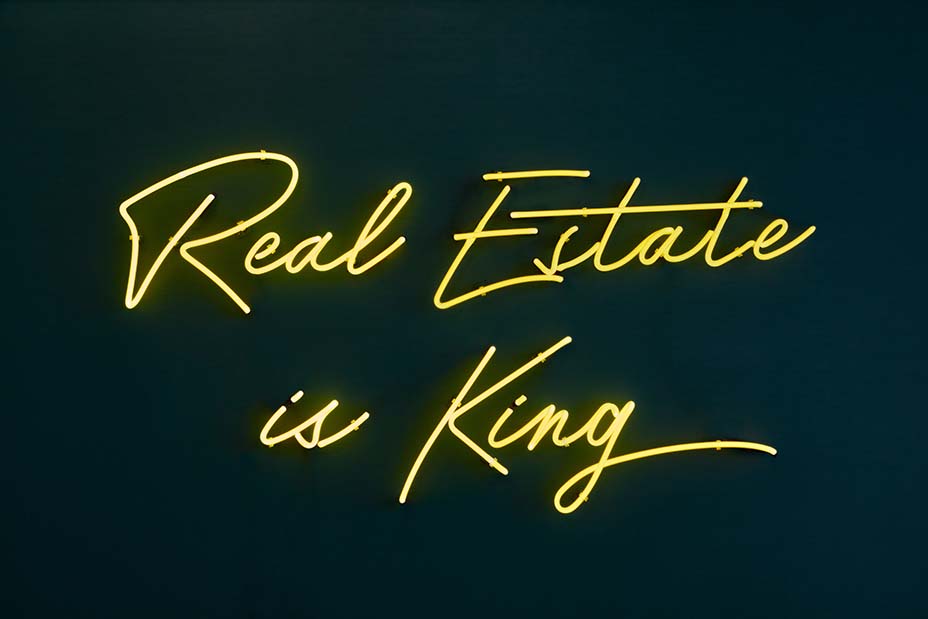 This story first appeared in the March 10 issue of The Hollywood Reporter magazine. Click here to subscribe.