Cookbook author and television writer Sri Rao debuted his first theater show Bollywood Kitchen as part of the Geffen Playhouse’s virtual Geffen Stayhouse series on Saturday night. The production is part storytelling in which he shares tales of his parent’s journeys from India to the United States and part cooking class. Based on stories from his 2017 cookbook of the same name, the interactive show, which has just been extended to March 6, is filmed out of Rao’s New York apartment in Hell’s Kitchen.

Among the opening-night attendees, who were cooking Rao’s mother’s chicken curry dish recipe (or the vegan chana masala option) in their own homes, were director Mira Nair (Mississippi Masala, Salaam Bombay!) and Miss America 2014 Nina Davuluri. Two weeks before the show’s debut, The Hollywood Reporter spoke with Rao about Bollywood Kitchen’s all South Asian team, how he came to star in the production and what he’s doing with all that chicken curry he’s cooking.

How did the Geffen show come together?

The short story is [Geffen artistic director] Matt Shakman called me when were in month three of lockdown and asked me if this is something I would be interested in doing. They were doing Geffen Stayhouse at that point. They had launched [virtual magic theater show] The Present and it was running really successfully. After my book came out, I had started developing a theatrical show and Matt and [associate artistic director] Amy [Levinson] read that version two years ago. They approached me asking, “Could you rework Bollywood Kitchen which at that point was envisioned as a full-on immersive musical?”

And the idea was for you to star in the show as well?

Starring in the show is not something I ever sought to do initially — the original musical version of this does not involve me [onstage.] It’s actors and singers and live musicians. It’s a full-on production.

Is the musical version still something you’re pursuing?

That concept originally was hatched at Ars Nova in New York and then it was developed there. Then Hypokrit Theatre Company in New York came on board and Arpita Mukherjee attached herself as the director with Hypokrit as the company behind it and we developed it further. The hope is that when theater returns, we will be able to continue developing it.

For the Geffen show, do you weave together storytelling and cooking?

It’s presented in this really stripped-down intimate way. It’s just me talking directly to audiences. It’s me inviting people into my home and cooking for you. Really the conceit of the show and of the book originally is that for many of us first-generation Indian Americans and myself in particular is that the way we connected with our heritage and where our parents come from has largely been through food and through films. These Bollywood films are oftentimes how we learned the language. The show is really a story of my family’s immigrant experience and I use the food and the films as devices to tell that story. 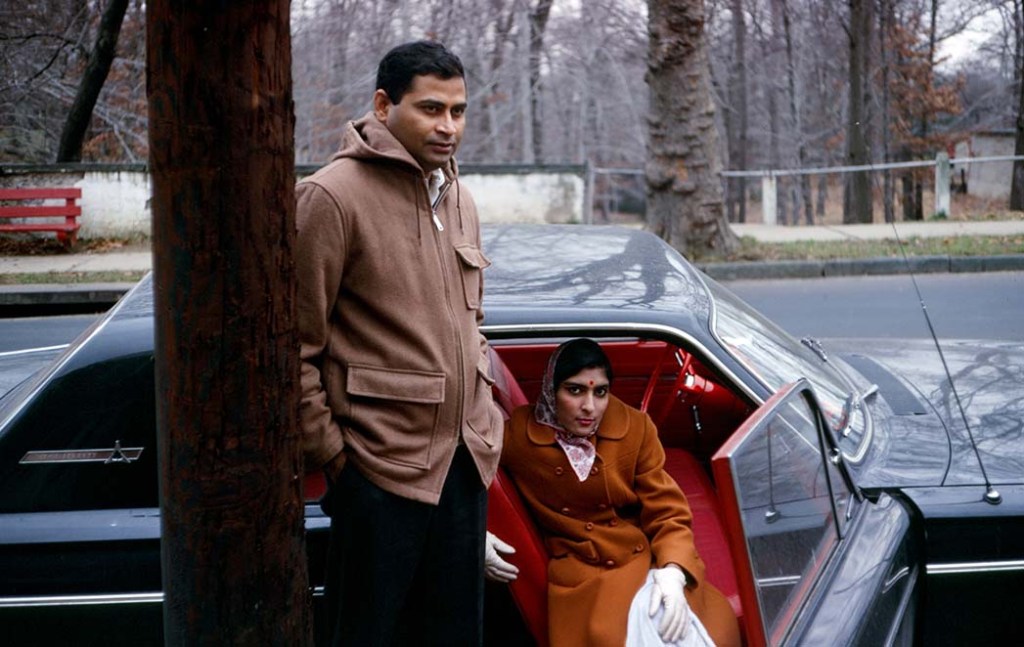 How does the whole thing work as far as you cooking and viewers cooking along at home too?

I’m in my apartment and I’m cooking my signature chicken curry and giving instructions. When you buy a ticket, you have an option of being sent a Bollywood box — that’s what we’re calling it — that will include all of the recipes as well as a selection of spices and non-perishable ingredients. Perishable ingredients like the chicken people will have to buy on their own. And then there’s a couple of things to prepare ahead of time. The rest you cook along with me. If you decide to buy a ticket called Chef’s Table, it’s a limited number of folks who will be on camera, who I’ll be able to interact with. If you choose to not be on camera, you can still participate and cook but I won’t see you. It will be a streaming experience.

This is the first recipe that I cracked when deciding to write the book and it was really challenging because my mom, like most Indian moms, doesn’t write down her recipes and doesn’t measure ingredients. It was a really personal objective of mine to figure it out and get it down on paper so that we could preserve it.

So will you be eating a lot of chicken curry during the run of the show?

I think I’ll be freezing a lot of it and giving it away to whoever will take it. Our camera operators will be going home every night with a Tupperware container full of chicken curry. 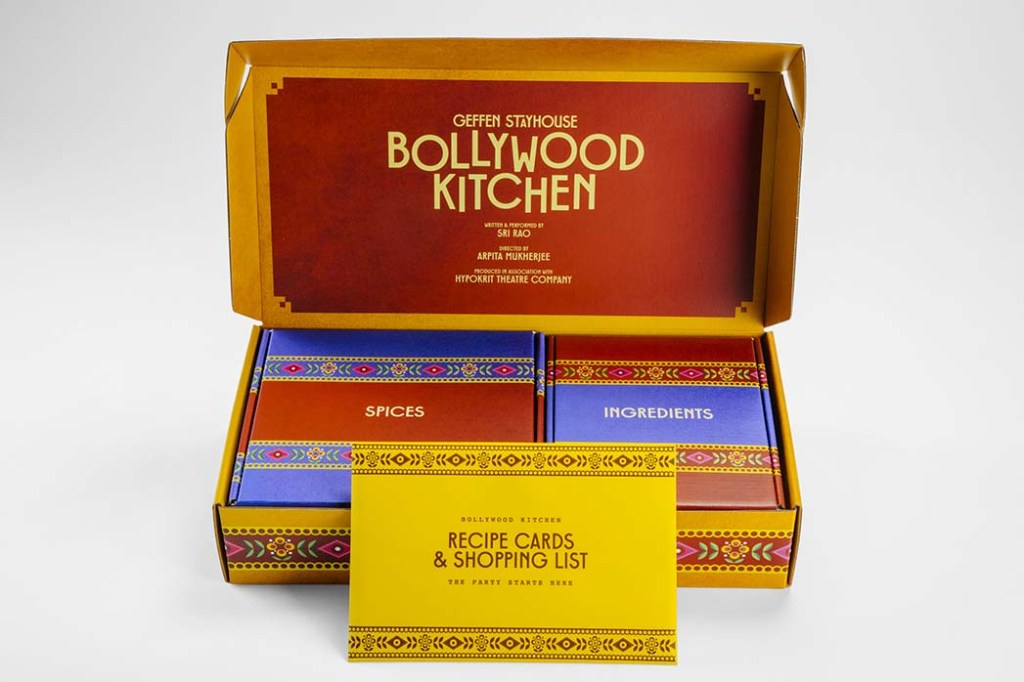 You have camera operators in your apartment?

Yeah, the Geffen is doing it with strict COVID protocols and a very stripped-down crew. Everyone is doing COVID testing and wearing PPE.

Tell me about the production team for the show.

What is it like shooting in your own apartment?

My apartment is getting a makeover. I’m not there. I’m not in the apartment for the next week while tech is happening, because of COVID. I don’t know what they are doing. I heard they requested access to the freight elevator. They are moving in new furniture and redecorating. I’ll see it when I walk onto set next week.

What other projects are you working on?

I’m creating a series for Netflix — we’re currently in the midst of filming — it’s called The Actress, a suspenseful family drama. And then I’m also writing another pilot for Netflix and a pilot for HBO Max. I am attached to write the adaption of The Henna Artist, a really popular novel that Freida Pinto is going to be starring in and is attached to produce. All of my work with my production company, Sri and Company, is really focused on developing content by and about South Asian Americans. I feel it’s been a long time in the coming that the industry has been open and eager to hearing stories about brown and Black folks, and I’m definitely seizing upon that opportunity.