After months of stay-at-home orders in Los Angeles, writer Patrik-Ian Polk’s partner was itching for a change of scenery. “The boyfriend said, ‘Let’s take a trip,’ ” says Polk, co-executive producer of Starz’s P-Valley. “I wasn’t at all keen on the idea of being around strangers in the middle of a pandemic. So we chose a motel instead of a traditional hotel, which provided very limited contact with staff and other guests. We settled on The M Malibu because it wasn’t too far, but far enough, from home. There’s a marijuana dispensary practically next door, and the beach is right at your footsteps. What more could you ask for?”

Such staycations may be the saving grace for the lodging industry in L.A., which saw occupancy rates plummet at the start of the coronavirus pandemic. “The business we usually saw disappeared overnight, which is pretty amazing since the hotel industry, and our hotel in particular, is very, very busy,” says Javier Cano, vp and market GM of The Ritz-Carlton, Los Angeles.

Before the pandemic hit, travel and tourism had become the third-largest employment sector in L.A. County ­— according to Adam Burke, president and CEO of the Los Angeles Tourism & Convention Board ­— with nearly 545,000 Angelenos working in tourism-related careers (around one in eight jobs). Now, many of these jobs have been lost. “We’ve lost over 45 percent of jobs in our hotel community. So it’s just had a devastating impact,” says Burke.

During the spring, according to Burke, about 100 hotels were closed throughout Los Angeles (today the number is less than 30). Some, like The Ritz-Carlton, housed only essential workers. At the Four Seasons Beverly Hills, occupancy rates plunged from a typical low-80s range to the teens; the remaining patrons primarily were long-term guests. “We suddenly went from a fully operating hotel, where you had a restaurant by the pool, a bar, two additional restaurants open all day, and spa, to running a residential building,” says Ana Cruz, the hotel’s director of marketing.

In the face of an unprecedented public-health emergency, L.A. hotels have implemented strict COVID protocols. At the Four Seasons, its Lead With Care plan includes an on-site hygiene officer, who ensures the hotel and its employees follow safety protocols. All Fairmont hotels — including the soon-to-open Fairmont Century Plaza, whose debut has been delayed by the pandemic — follow an All Safe system. According to Philip Barnes, GM at Fairmont Century Plaza and Fairmont regional vp, once a room is vacated, “it will go through very extensive cleaning processes, but then we’ll also put the room to rest for 48 hours” before new guests can occupy it. He adds that the hotels do temperature checks for arriving guests. Says Barnes, “People want to see that you are taking the steps.” 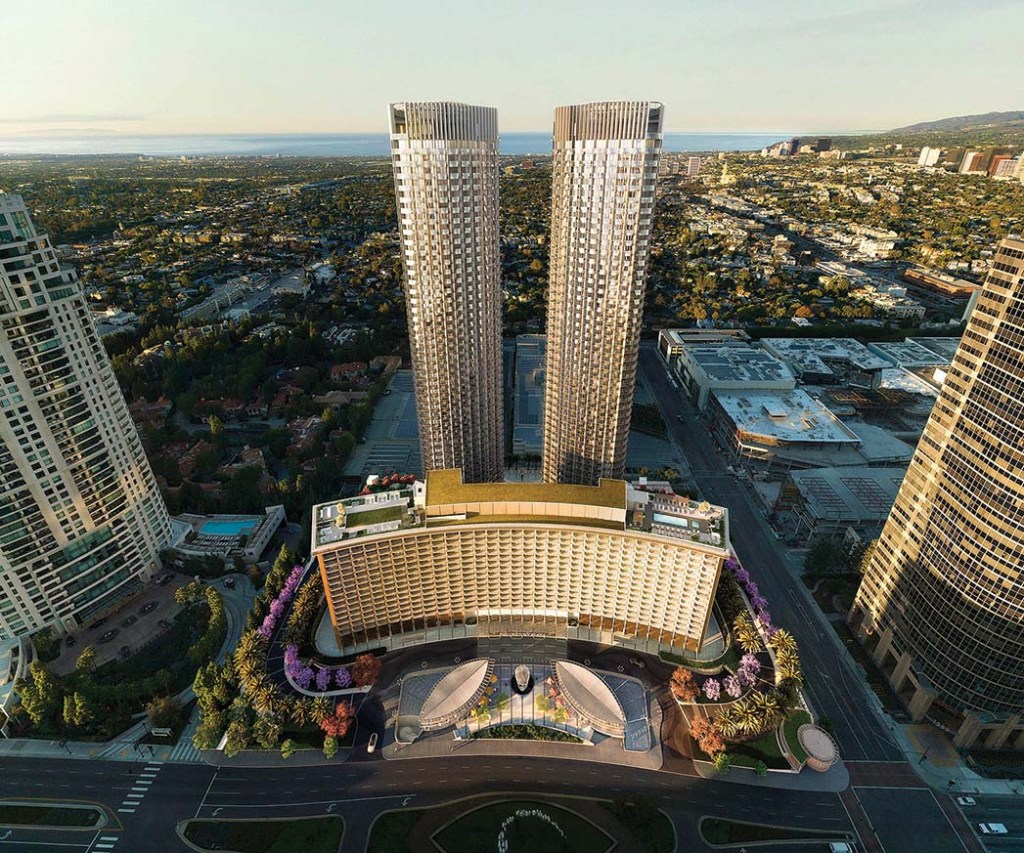 According to Barnes, in many ways hotels have an upper hand in dealing with the crisis. “One of the things I loved when I went on a staycation recently was seeing just how vigilant the hotels are,” he says. “I think hotels are probably some of the best equipped to do that because they’re used to having really strict operating protocols including hygiene, so they’ve kind of seamlessly integrated it.”

There are signs that these policies — and the fact that many Angelenos are looking for a safe, plane-free vacation — are helping the industry recover. “The majority of our business is really people who are local who have decided they wanted to relax and be in a different environment” after being stuck at home because of COVID shutdowns, says Cano. According to research group STR, L.A. hotels had an occupancy rate in August of nearly 52 percent, tying San Diego for top occupancy in the 10 major American markets. “If you had told me a year ago that I would be celebrating occupancy of 50 percent, honestly, I would have told you you’re crazy,” Burke says.

Hotels also have slowly started rehiring employees as restaurants and other on-site amenities reopen. “As business levels start to come back, we’ve started calling people back who’ve been on furlough,” Cruz says. The Four Seasons, she says, hit around 60 percent occupancy over Labor Day weekend, an encouraging sign.

With airplane travel expected to be at record lows until early 2021, the L.A. travel industry is increasingly reaching out to locals. “We actually did some research about 60 days ago, and we found that roughly three out of every four Angelenos were excited about taking a staycation sometime between then and the end of the year,” Burke says.

To promote staycations, Los Angeles Tourism has launched the “LA Love” campaign, which offers more than 100 deals, including food and beverage credits at hotels and discounts on rooms. In downtown Los Angeles, the Freehand Los Angeles has launched “Stay Longer Save More,” offering rates 30 percent lower overall per night for stays of seven nights or more.

While the permanent closure of the Luxe Rodeo Drive Hotel in September sent an ominous warning to the industry, there are signs of new life. The minimalist 60-room Cara Hotel in Los Feliz (rooms from $309) opened in early October with an open-air floor plan well suited to pandemic hospitality. “We were fortunate to have been able to have COVID standards in place from the get-go,” says the hotel’s Patrick McCarthy. “Each room has its own personal air-conditioning system.” 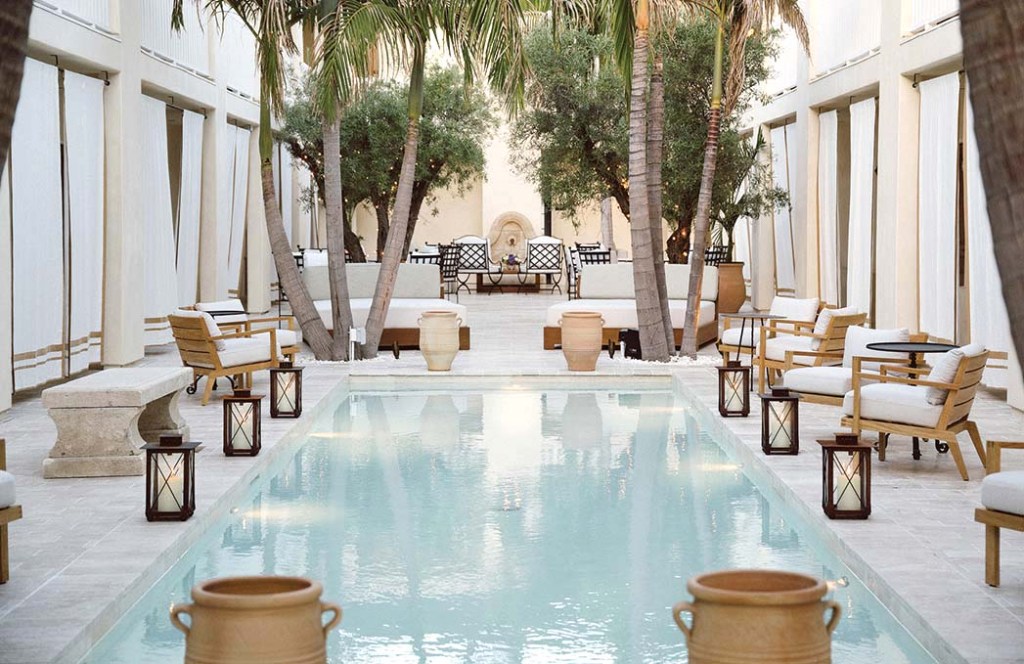 Scheduled to open by year’s end is the Pendry West Hollywood, a Sunset Strip hotel from the team behind the Montage brand, with restaurants overseen by Wolfgang Puck. “We are fortunate to have incredible outdoor space with our rooftop pool, garden terrace, patio dining and our lobby bar,” says Pendry Hotels co-founder Michael Fuerstman. “We will definitely make the most of them.” Another new entrant is the Maybourne Beverly Hills, located in the former Montage, from the company that owns Claridge’s in London; it just launched new al fresco restaurant The Terrace.

Overall, hotel industry veterans seem optimistic but realistic, aware that the most important thing is the safety of their employees and guests. “I think we’re on our way to the road of recovery,” Cruz says. “But it’s a very, very long road.”

This story first appeared in the Oct. 21 issue of The Hollywood Reporter magazine. Click here to subscribe.