“Taye is someone that me and Sarah have always wanted to work with,” says Zadrian Smith, who, along with Sarah Edmiston, styled Taye Diggs for the 2021 Critics Choice Awards. “We really love this idea of working with people whose values and morals align with us and what he’s been doing — with the books that he’s been writing, and how much of a great father he is and the projects that he’s working on — this is the kind of person that we want to work with.”

For the third consecutive year, Diggs is hosting the awards show on March 7 from the Barker Hangar in Santa Monica, California, on the CW.

“I grew up really in awe of Ralph Lauren and prep and everything that stood for,” Diggs says of his personal style. “Now that I’m much, much older, I like comfort. My son is into sports, so we go sneaker shopping together constantly.”  The actor, currently starring in the CW’s All American, is also set to reunite with the original cast of The Best Man for Peacock’s limited series spinoff of the film.

Based out of London, Smith and Edmiston recently joined forces after a decade in the industry, brought together during the pandemic by their mutual friend, photographer Misan Harriman. “We had become disheartened by some of the aspects of the industry that are responsible for projecting one idea of beauty which is not inclusive,” Edmiston explains. “We had also become a bit disheartened with the way that the fashion industry can be inconsiderate in terms of being racist and ageist and somewhat misogynistic.”

In their first nine months working together, the duo recently dressed Kingsley Ben-Adir for the BAFTAs, and also work with Naomi Scott, Lachlan Watson, Arlissa, and Naama Preis. Of their partnership, Edmiston continues, “it is like a little family and we are really only working with people whose values and morals align with ours.” 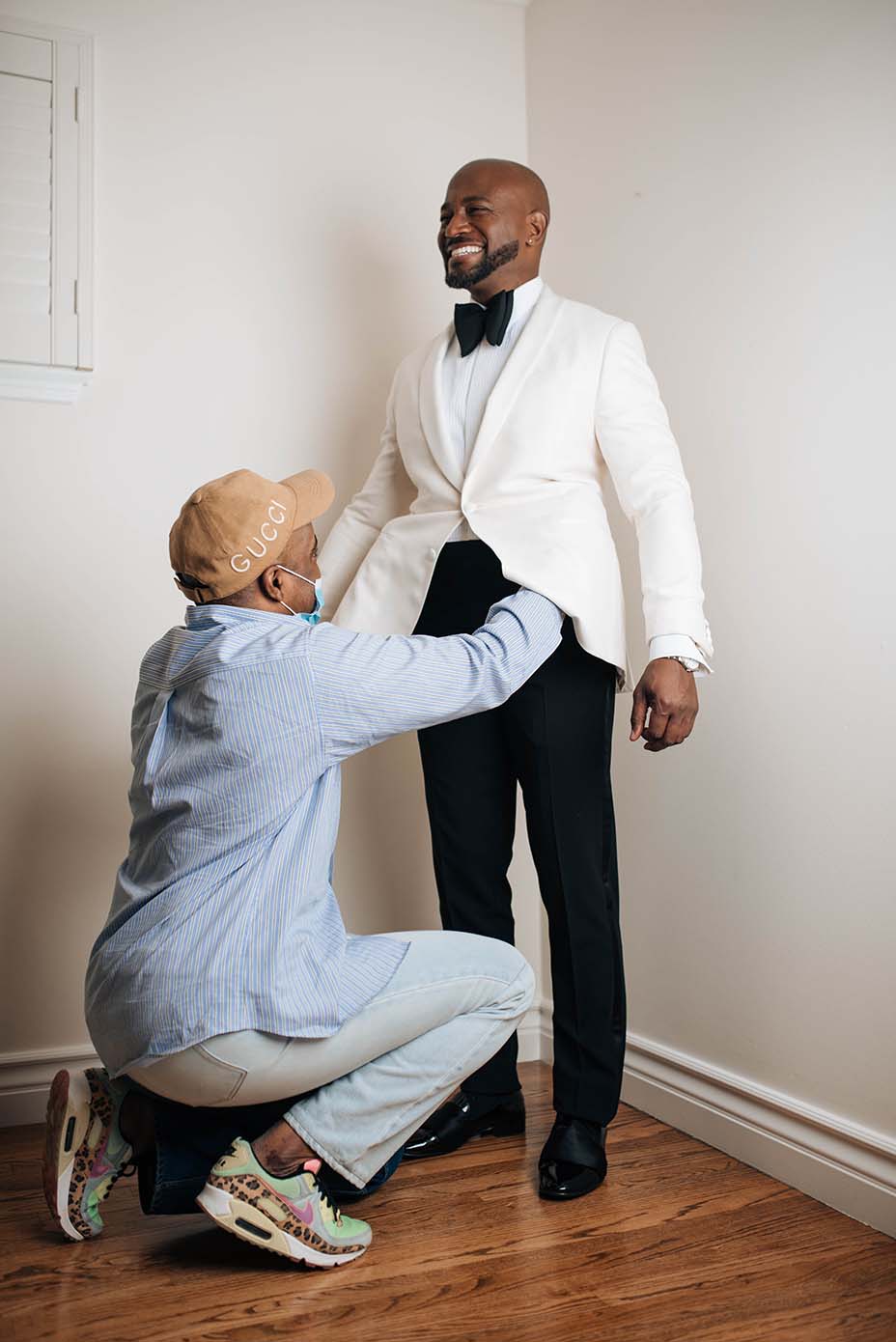 Smith describes their approach to styling as “we try honor the identity of who the client is. We saw that Taye loves a hat and he’s a quite classic guy and we just wanted to elevate that.” Diggs’ first look Sunday evening is a champagne Giorgio Armani suit with a black satin lapel, worn with a Longines watch and Giuseppe Zanotti shoes.

“The first look is the quintessential, leading man, Giorgio Armani moment,” continues Smith, “and we’re so grateful to the entire Giorgio Armani team. We wanted to honor the classic Taye but also we wanted to kind of lift it.”

Diggs — who also writes children’s books focused on representation, the next of which, “Why? A Conversation on Race,” will be published in October by Macmillan — describes the look as a bringing together of his love of prep and flair. “I’m very colorful, I like to pop; even when I was preppy I was always drawn to brighter colors, patterns, polka dots and stripes,” he says. “[It] just feels classy to me, watching Sammy Davis Jr. and the Rat Pack in that type of look, the dinner jacket and black pants, the sharp kicks. Just everything in place. I feel like that in that first outfit.”

Edmiston adds that Taye’s personality was the main inspiration: “All the wonderful energy and the grace that [Taye] brings to everything that he does is why we were so excited, because that is the dream person to dress. To give our clients the chance to wear the clothes that reflect their values and reflect what’s important to them and tell the story of where they are in their life right now, that’s everything.” 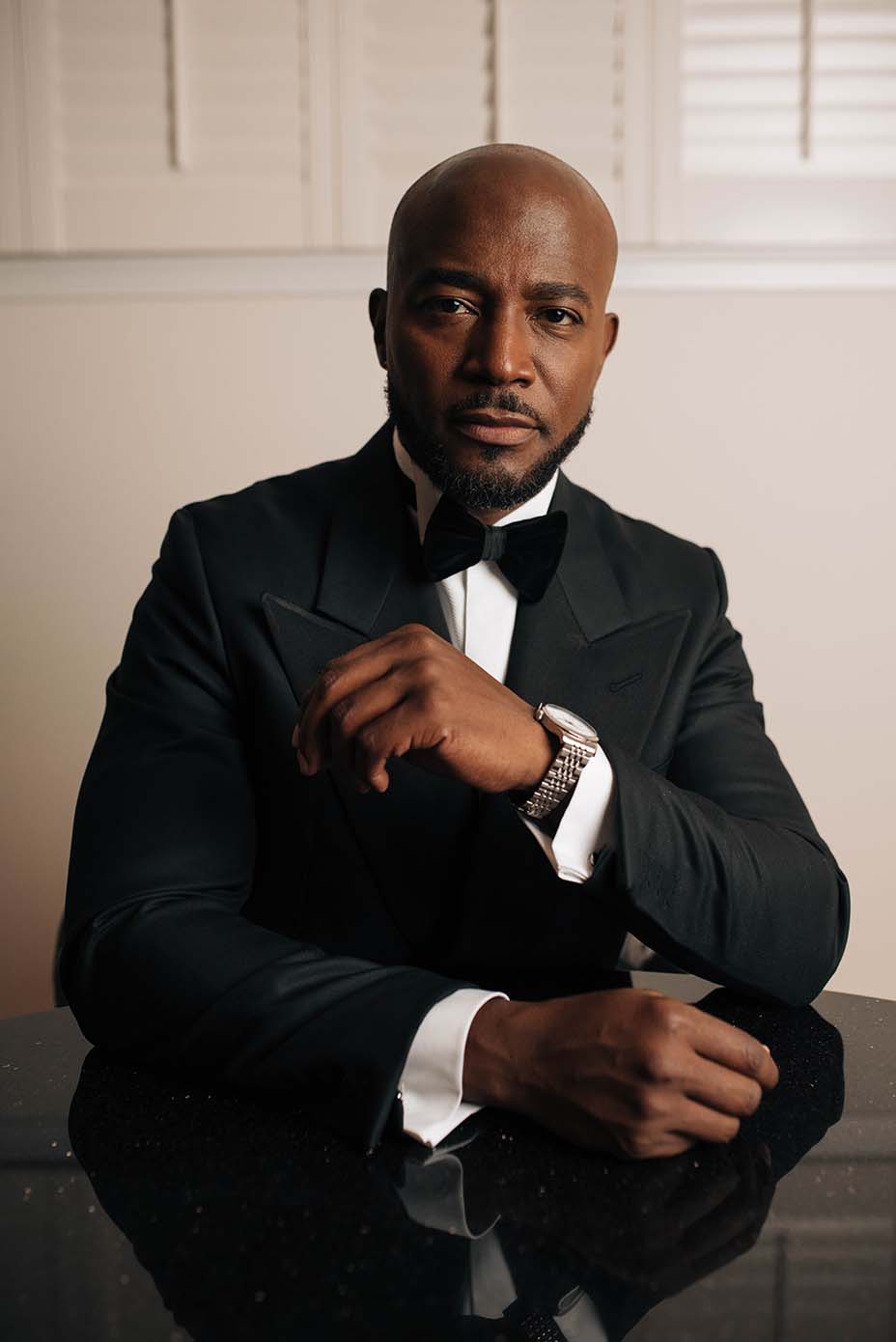 Diggs’ second look for the evening takes his classic style and adds a twist. “We all saw the news about the lack of support for Black designers at the Golden Globes,” explains Smith. “For me and Sarah, diversity and inclusivity are the drums that beat the loudest, and that’s for female empowerment, that’s for trans rights, LGBT rights, for minorities. So, the designer that made the most sense for Taye on this occasion was Virgil Abloh. What Virgil’s doing at Vutton is absolutely incredible.”

The double-breasted Louis Vutton suit — which Smith and Edmiston paired with the same Longines watch and Jimmy Choo shoes — is subtly unexpected. “Virgil plays with proportions and shapes and textures,” Smith continues of the work of Abloh, Louis Vuitton’s men’s artistic director. “The great thing about this suit is, it’s kind of 80s, it’s a little bit oversized and also he’s done a really interesting thing where normally where you would see the buttons on a double-breasted suit, where the buttons would come out, Virgil has kind of kept that closed so you don’t see that detail.”

Of the second look, Diggs says it’s “obviously far more expensive and cut better, but it was the same style that I was looking for during my junior prom. I love that, the length, the pants being a little baggier. Nostalgic, literally. And that just goes to prove that everything comes back around.” (For grooming for the evening, Diggs worked with Dane Cristian Diego and Sergio Lopez-Rivera, who used Pat McGrath Labs and Patrick Ta Beauty products.) 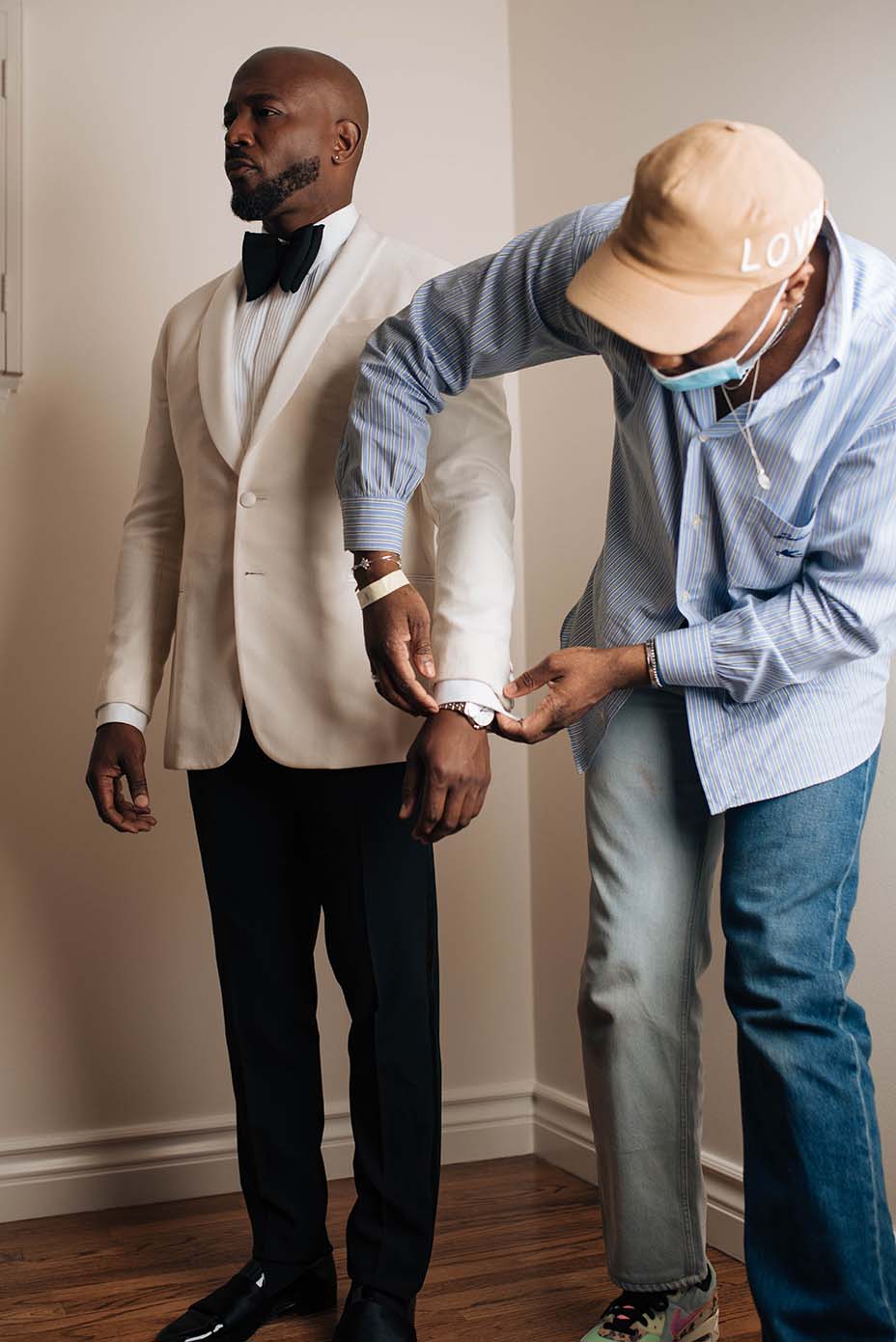 Though based in the U.K., Smith has dual citizenship that allowed him to set up in Los Angeles for awards season (working with stylist assistant Jazmine Gandhi), despite the COVID-19 pandemic. “We started prepping this at the end of January, so the lead times are much longer,” Smith says of the pandemic’s effect on their process. “You have to really start thinking about it and connecting with brands much earlier because obviously the days of doing things last minute really don’t exist, especially if you want to get things shipped from other countries .”

Their partnership may be new, but Smith and Edmiston (both represented by The Wall Group) say they thoroughly enjoy working together and are perfectly aligned in their philosophies. “Neither of us have any interest in painting our aesthetic onto the client,” Edmiston elaborates. “We are both interested to really get under the hood of the client’s aesthetic and what makes them look like them, and then we just want to elevate it and maybe contemporize it.” 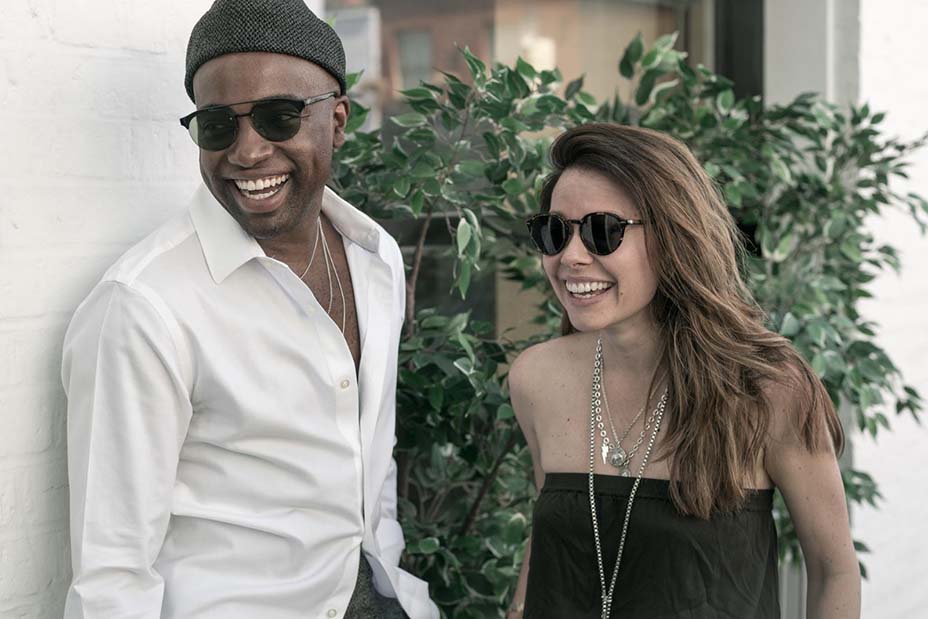