Hollywood without premieres, award shows and actor photo shoots was once unthinkable, but became a thudding reality with the onset of COVID-19 in early 2020. Suddenly, it all went away. And, so did the glam squads that minister to the stars, putting down their makeup brushes and styling tools during stay-at-home orders.

Now, slowly, the beauty-makers are getting back to work. Though it lacked a formal red carpet, the 20th anniversary BET Awards in June saw many of the stars — who attended virtually — hailed for their trendsetting beauty looks, including Beyoncé, who summoned old-school Destiny’s Child vibes; Lizzo, who glowed thanks to the work of Ernesto Casillas; and Tracee Ellis Ross. Makeup artists, some in person, some virtually, have also lately been assisting such names as Viola Davis, KiKi Layne and Beanie Feldstein.

For the BET show, Beyoncé’s makeup artist Rokael Lizama met up with her on awards day after a long absence and was immediately inspired by the star’s “silky-straight” hairstyle, conceived by Nakia Collins. Lizama decided to complement it with “bronze-y, glow-y” tones. Says Lizama, “It has been a while since we saw a full-on Beyoncé look, and I wasn’t expecting to get such a crazy response afterward.”

Lizama has spent time in lockdown readying the launch of his new Rokael Beauty line, starting with his signature eyelash styles. But coming back to work involved a “whole new normal” of protective protocols. “You’re wearing gloves, you’re wearing a mask,” he continues. “I’m so used to being able to use my fingers, and now I use gloves. But it will never be the same as the human touch.” 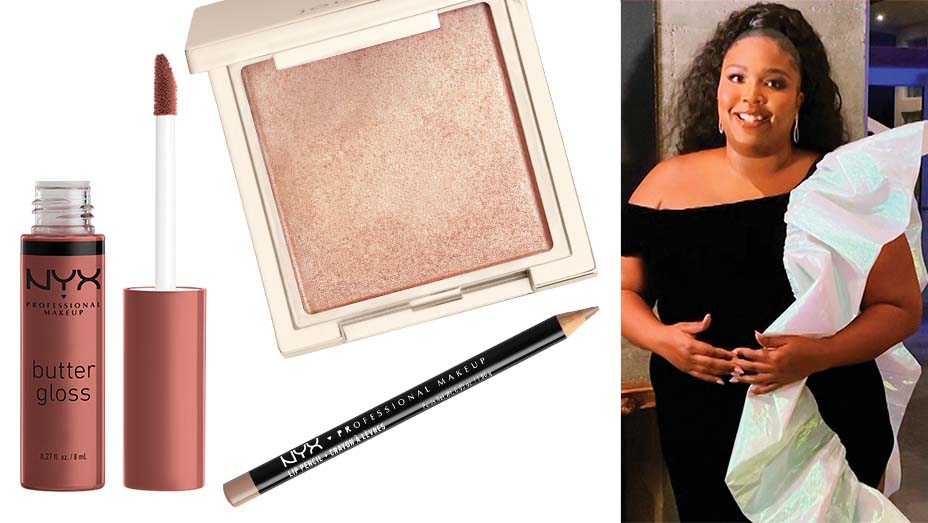 On the other hand, Ross, a BET best actress nominee, took care of her own glam. “I’ve been responsible for all my beauty and wardrobe and tech and production since I locked myself down,” says Ross, who decided on a newly purchased Adriana Degreas top with polka dots and puffed sleeves and a beauty look that would “lean into the ’50s Betty Boop” mood. With the aid of Strong Hold Gel from her own Pattern hair product line, Ross played on a current hairstyling trend. “Baby hairs have made a big comeback,” she notes of her look, in which she massaged wisps “into extravagant shapes across my very large forehead.” She skipped foundation and concealer (“It looks ‘too makeup’ on Zoom with natural light,” she says), finishing things off with MAC’s matte lip pencil Embrace Me. 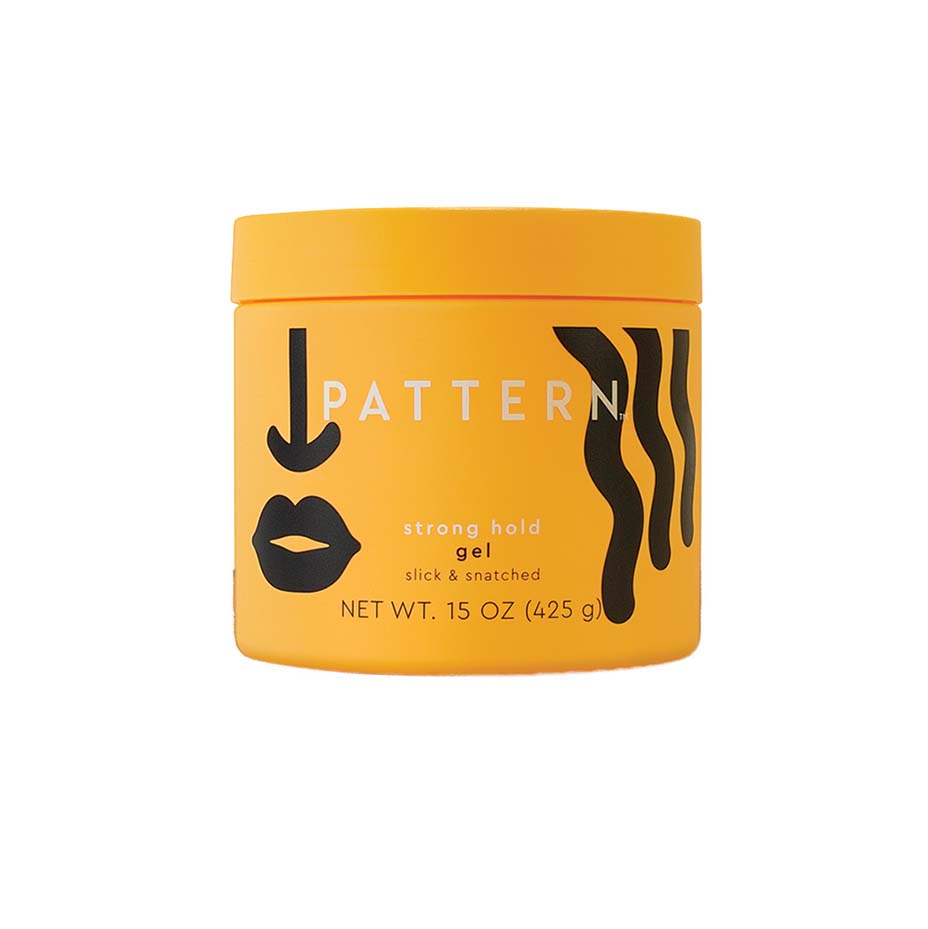 Similarly holed up at home, makeup artist Katey Denno recently got a call from client Feldstein to do a remote magazine shoot to publicize the actress’ movie How to Build a Girl. “The direction was ‘to just look like she’s hanging around the house,’ ” says Denno. “But Beanie was like, ‘I want a little bit of a pop.’ “

Though Denno had done “tons” of FaceTime makeup consults in the past, she’d never done one that involved photography. “So we talked a lot about how to find her perfect lighting. And how to hold her phone in a certain way and maybe lay down a piece of white something underneath the phone so it would get enough light underneath her eyes.” 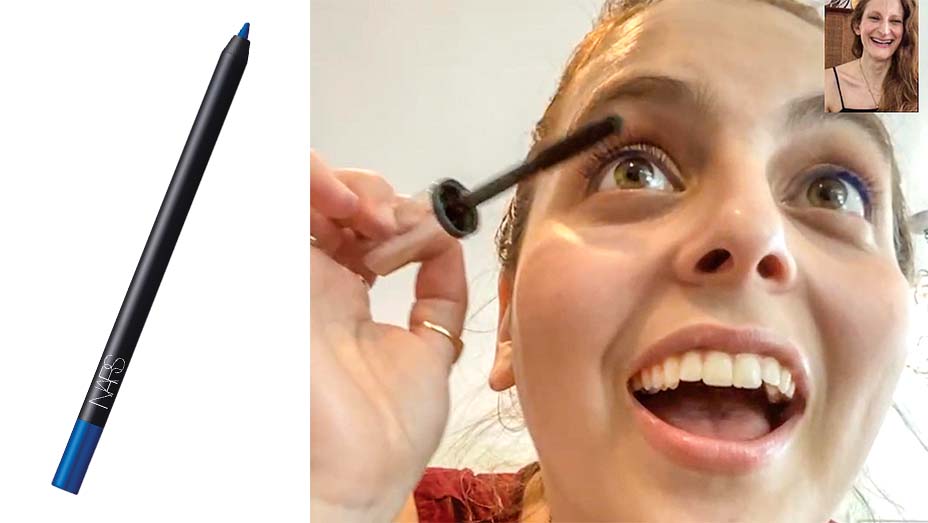 Denno plans to take her time returning to on-set gigs, though. “I was a social worker for over a decade and I worked in hospitals with folks with compromised immune systems. I feel that it’s kind of my duty to protect our health care workers and just stay the ‘F’ home.”

The Old Guard star Layne also took things one step at a time, shooting her own virtual press tour photos recently in her Cincinnati backyard and doing her own makeup with a cousin assisting on hair. Even so, clad in Dior, Missoni and Fenty (arranged by stylists Wayman + Micah), Layne received plaudits from pandemic-pent-up online fashion critics. Later, she landed in L.A. for a studio publicity day with the full treatment with her in-person glam squad (using appropriate PPE safeguards), including makeup artist Rebekah Aladdin. Aladdin reflects on the months off: “I’ve been trying to strengthen myself mentally, physically, and hone some skills — and, at the same time, understanding that it is a delicate time and that you will have more productive and less productive days and being gentle with that process.”

For Autumn Moultrie, who worked with longtime client Davis on a gold-tinged look for her new Vanity Fair cover (the first-ever photographed by a Black photographer), the shoot was her first in-person gig in four months. “I invested in a $650 sterilization device for my brushes and instruments. I bought biohazard bags to put the trash in, and I separated items more than I had in the past,” says Moultrie. “I was nervous, so I was overprepared.”

This story first appeared in the July 31 issue of The Hollywood Reporter magazine. Click here to subscribe.